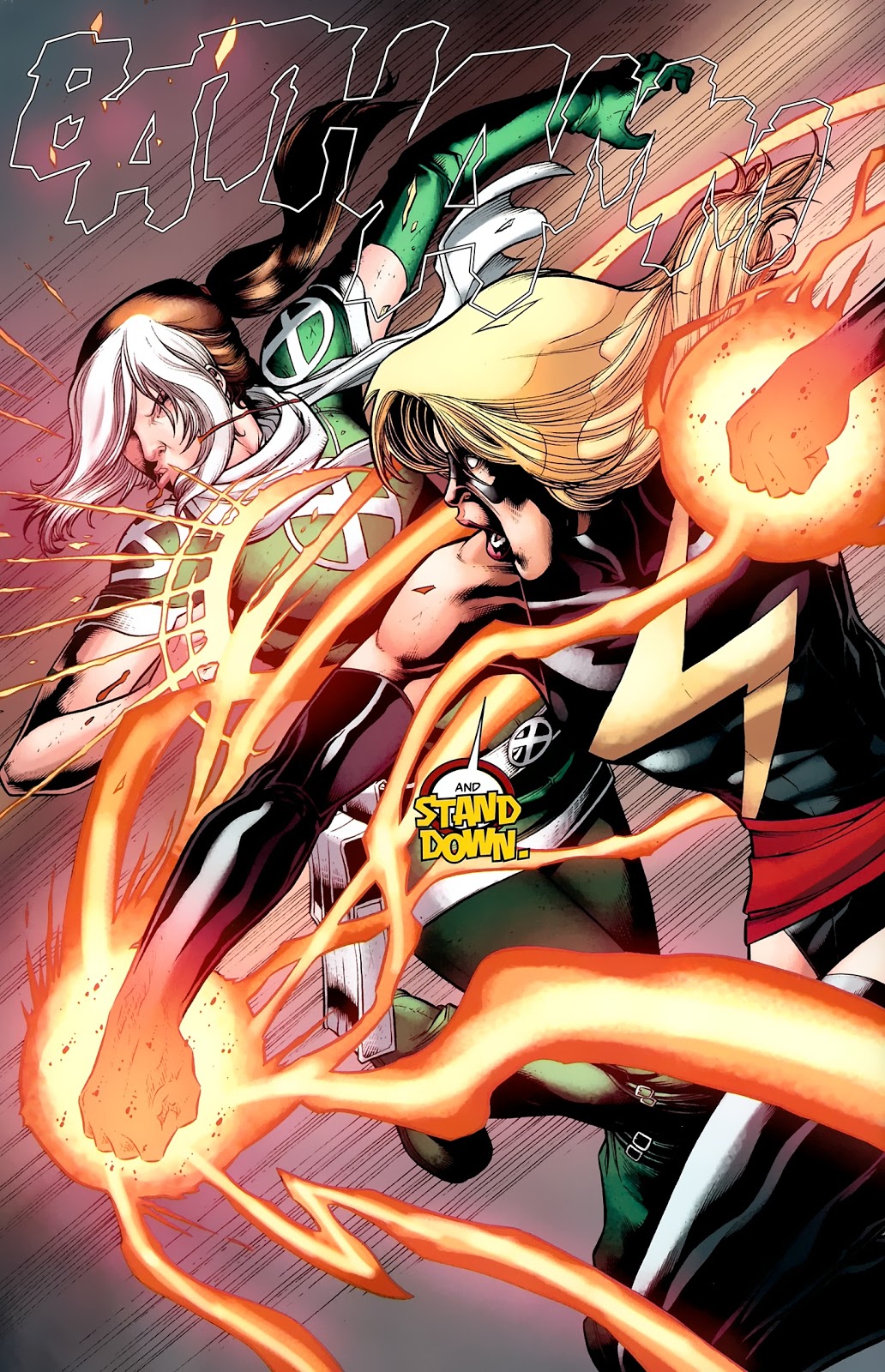 Celebrating Captain Marvel on Amazon Prime to entertain yourself about The Most Powerful Woman in the Avengers? To #collectabattle, click on Buy On Amazon to collect the #payback X-Men: Legacy (2008-2012) #269 and become #ElHeroeMasPoderoso.

In #LaLucha, Ms. Marvel is seeking to help Rogue see through the current menace and is drawn into a fight. Will the past be repeated?

6 thoughts on “Battles Of The Week: Ms. Marvel vs Rogue (Hero vs Hero)”