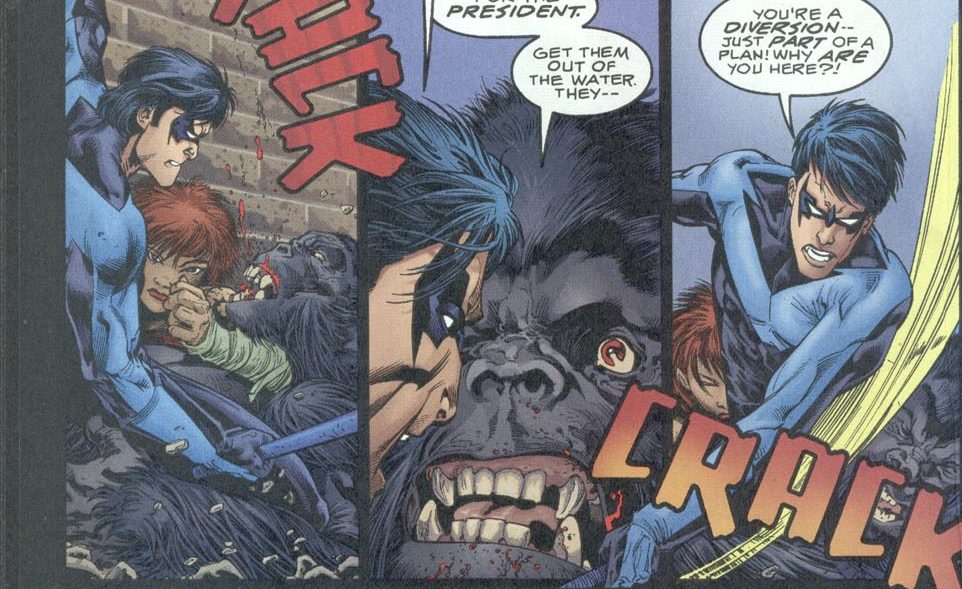 In ‘Outsiders’ (2003) #3, titled “Role Call, Part Three: Joke’s On You”, Nightwing performs a super strength feat. The Outsiders are thwarting a Gorilla City attack on New York that serves as a diversion for Joker to kidnap and torture the president, Lex Luthor. During the battle, Nightwing draws blood on Gorilla Grodd twice with his Eskrima sticks.

Head over to History Of Nightwing! by Variant Comics.