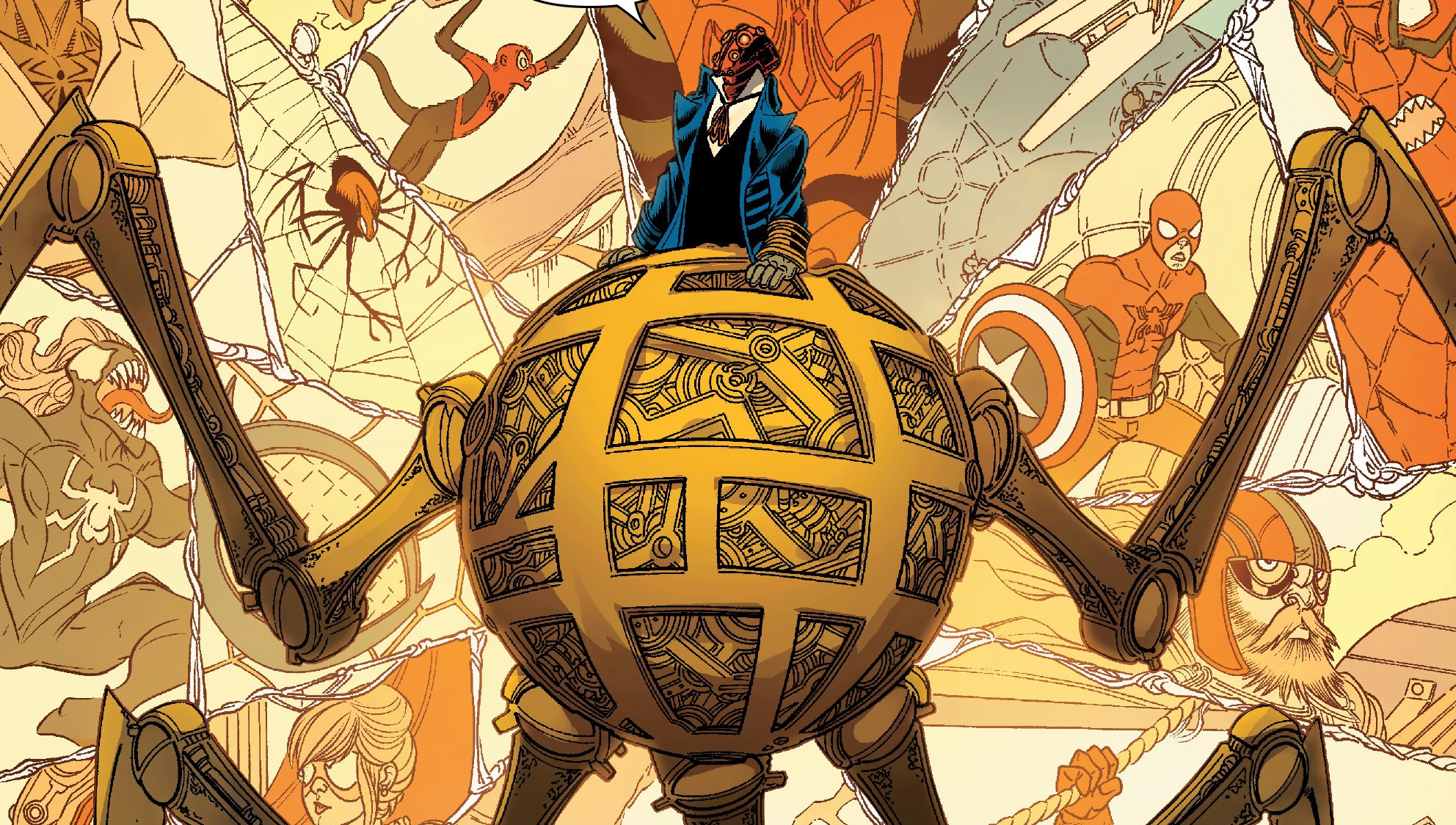 As you all know, all different versions of Spider-Man across the multiverse are mystically connected by the Web of Life and Destiny. In fact, it is the same Web that has endowed Madame Web with clairvoyance, astral projection and telepathy. Moreover, this explains her powerful connection to the Earth-616 Spider-Man and how she has sought to help him. In reality, the Web of Life and Destiny is responsible for the powers of all the Spider-Totems.

5. THE SPIDER-SENSE IS CONNECTED TO THE WEB OF LIFE

Previously, we argued that Spider-Man’s spider-sense is precognition. On multiple instances, the super power has saved our hero by warning him of danger before it happens. Usually, within a fraction of a second.

Though knowledge of the spider-sense is limited, the Master Weaver has stated that the power is connected to the Web of Life.

In some sense, Spider-Man is alerted of danger because of his connection to the Marvel multiverse through the Web of Life. It is in part genetic and in part supernatural, voire, mystical.

Notably, Madame Web was Spider-Man’s early connection to the Web of Life. In fact, her powers of clairvoyance and telepathy helped Peter realize the potential of his precognitive abilities.

Particularly, Madame Web is a blind and paralyzed elderly woman. Thanks to a web-like apparatus, she is maintained on life-support in her apartment.

In their first meeting, she helps Spider-Man stop a criminal known as Rupert Dockery. Though her prophecies have been cryptic, they have helped Spider-Man solve cases time and again.

CHECK OUT THE SUPER POWER: Super Power: Spider-Man’s Spider-Sense Is Precognition, A ‘Fight Or Flight’ Response That Warns The Hero Of Danger

3. HE CAN MUTATE INTO A SPIDER AND SHED HIS SKIN

Dramatically, the Master Weaver intervened in Peter’s life. In The Other: Evolve or Die (2005), Spider-Man is suffering from a mysterious illness. Mysteriously, he is affected by spells of dizziness, black outs and strange dreams. While stopping a bank robbery, he is shot by the villain the Tracer. After a visit to the doctor, Peter finds out he is dying.

Really, the comic sets up Spider-Verse and introduces the Web of Life. Dramatically, Spider-Man dies at the hands of the mysterious vampire named Morlun. Strangely, he is resurrected later after emerging from a cocoon. Amazingly, Spider-Man has shed his skin and his missing left eye has re-grown.

For the first time, he meets the Other who tells him that she is his opposite. Fortunately, Spider-Man has been resurrected by the cosmic deity known as the Master Weaver. Now, Peter must accept his spider side in order to re-align his life.

2. MORLUN AND THE INHERITORS ARE THE SPIDER-TOTEMS’ NATURAL PREDATORS

In Spider-Verse, we find out about Morlun’s race. As matter of fact, he belongs to the Inheritors, a race of vampires from Earth-001. Generally, they feed on humans and superhumans, though they prefer the pure energy of the Spider-Totems.

After a war with the spider deities, they imprisoned the Master Weaver. With his connection to the Web of Life, they located the Spider-Totems of the Spider-Verse and started a war to kill them all.

After feeding on their life forces, they planned to eventually depend on lesser life-forms. Really, as Ezekiel put it, they are the Spider-Totems’ natural predators.

1. AS A SPIDER-TOTEM, HIS POWERS WERE NOT AN ACCIDENT BUT GUIDED BY THE WEB OF LIFE

When Ezekiel Sims meets Spider-Man for the first time, he tells him the truth about his super powers. In reality, the spider that bit him was not by accident. On the contrary, it was by fate. Plus, he warns Spider-Man of a threat that will eventually claim his life.

By Spider-Verse, we realize everything was building up to the Spider-Totems and the Marvel multiverse. As matter of fact, Spider-Man and the other avatars have a mystic connection. For example, the night Peter died at the hospital during Morlun’s attack, Spider-Woman sensed it.

Particularly, the Spider-Totems’ connection to the Web of Life allows them to travel the multiverse. For example, the Web Warriors of Earth-001 use a Dimensional Travel Watch to travel between the realities.

2 thoughts on “Super Power: 5 Reasons Why Spider-Man’s Multiversal Connection To The Web Of Life And Destiny Is Mystical”