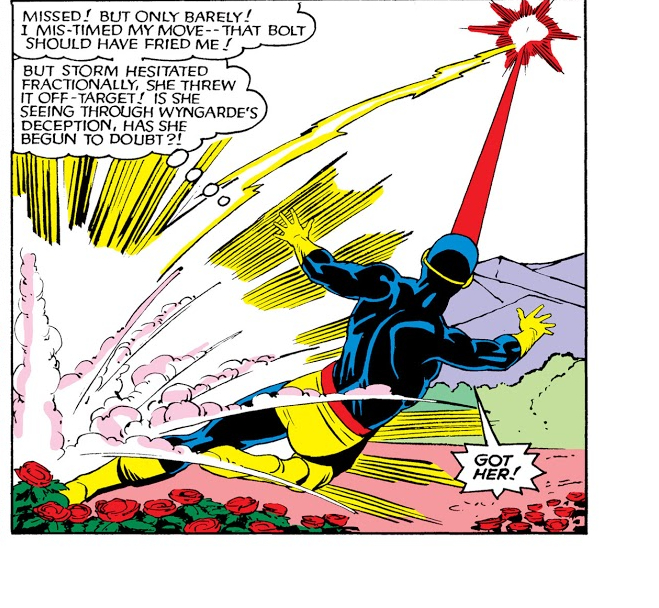 For the full battle, click on the Amazon product image below to purchase Uncanny X-Men (1963-2011) #175. Visit our product review.

Dark Phoenix has returned to threaten the X-Men. Only Cyclops is left to help the team overcome this illusion. And it may already be too late to find out who is the real menace behind the attack.

Enter the contestants in New York City. On the left side is Cyclops, leader of the X-Men, and on the right side are the X-Men.

In the danger room, Cyclops fights a bloodlusted X-Men team. In fact, he must defeat them in time to free them from Mastermind’s mind control.

The battle to decide who is the best X-man!

‘X-Men’ (1963) #1 marks the first appearance of the Cyclops and the X-Men in Marvel continuity. The original team consisted of Cyclops, Marvel Girl, Beast, Angel and Iceman.

NEXT BATTLE OF THE WEEK: GODZILLA VS KONG. MARCH 16TH.

1 thought on “Battles Of The Week: Cyclops vs X-Men (Hero vs Team)”