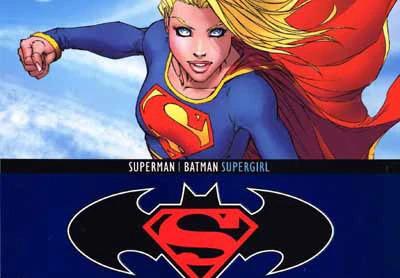 One of the most popular Supergirl origin stories. Gift this comic to your significant other on the occasions of anniversaries, marriages, Valentine’s Day and birthdays. Available on Amazon.

Superman and Batman work together to battle evil in many forms.

Critically, Superman/Batman, Vol. 2: Supergirl is the most popular Supergirl origin story in Post-Crisis continuity. Importantly, in an alien contact Supergirl arrives on Earth. And a dangerous menace rises that threatens DC’s Trinity.

Together, writer Jeph Loeb and superstar artists Michael Turner and Peter Steigerwald collaborate on the story. Really, the writing shines on the paranoia of alien invasions.

Nevertheless, the art in the book is characteristic of Loeb’s run on Superman/Batman: muscular, bold, violent. Moreover, Darkseid vs Superman!

Indeed, share this Paperback to fans of Superman and on occasions of anniversaries and Valentine’s Day. Definitely, it is worth its price and will leave you wanting for more Superman and Batman! And Supergirl!

This comic showcases Superman/Batman, Vol. 2: Supergirl. One good feature of this comic is that it is available in Paperback and Hardcover formats. It is published by DC Comics.

To begin, Superman/Batman, Vol. 2: Supergirl deals with Supergirl’s most popular origin story. In fact, the Hardcover was a sell-out at the time.

Importantly, as the Girl of Steel causes tensions within DC’s Trinity, a new threat rises. Dangerously, Darkseid has set his sights on Superman’s Kryptonian cousin. And Supergirl must choose between Earth and Apokolips.

This is the comic to own in order to build your Superman/Batman collection. Together, this comic is part of Jeph Loeb’s and Michael Turner’s popular run on the ongoing series. Successfully, the comic has been adapted to the popular Superman/Batman: Apocalypse.

Also, visit The Best Sellers List article on the Superman vs Hawkman battle in Public Enemies.

This product has 116 global ratings with a customer review rating of 4.7 out of 5.

The customer review said: “Michael Turner’s artwork is the epitome of what comic art should like. In the introduction, Jeph Loeb said that Turner drew the best looking females in all of comics. I’d happen to agree with him. Not only the women look good though. Turner’s Batman is one of the coolest looking versions of Batman ever. Even as much as I love Jim Lee’s art, Turner’s Batman put Lee’s to shame. Like Jim Lee, Turner’s super-detailed work caused him to become one of the hottest artists in comics. It’s really sad that Turner passed away a few years after this volume came out.”

There are seven negative reviews. One negative review pointed the poor plot: “This was a shame. I think supergirl is a cool character and can be done well, but this just makes clear that DC has no idea what to do with her. There is no characterization, no back up characters and the story can only loosely be called a “story.” The art is cool and it seems that is all this book has to offer. It’s a real disappointment, especially after Peter David’s run on the previous Supergirl (linda danvers) which was excellent. Stick with Many Happy Returns, possibly the best supergirl story ever (along with Crisis on Infinite Earths).”

Overall, this comic was good.

I recommend this comic as the most popular Supergirl origin story in Post-Crisis continuity.