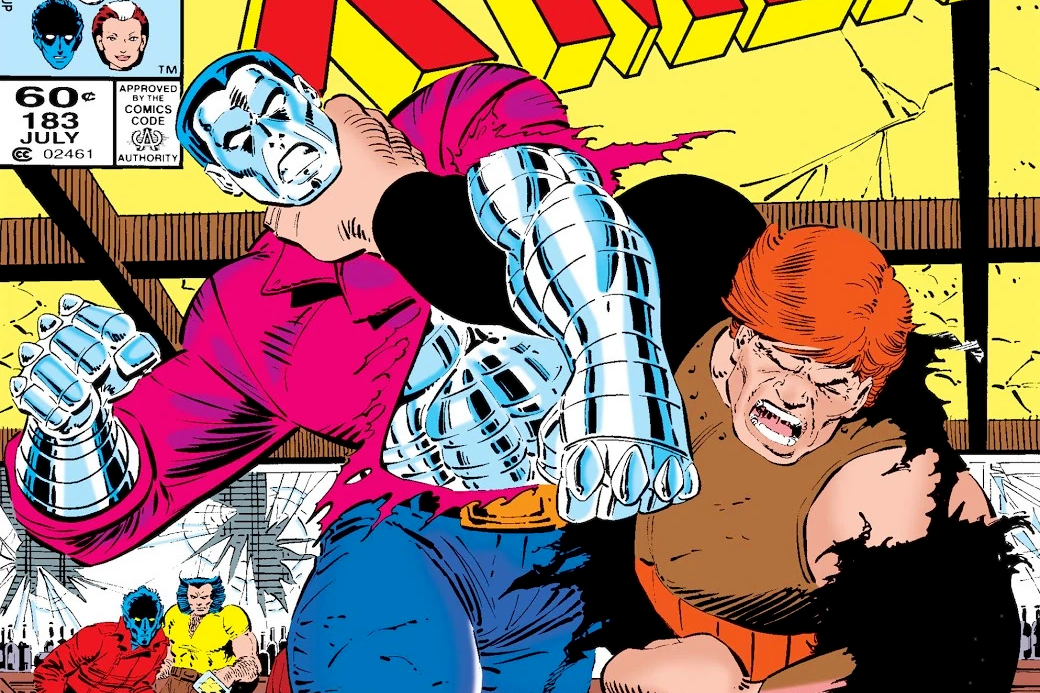 After his recent break-up with Kitty Pryde, Logan and Nightcrawler take Colossus to drink at the bar.

However, it turns out to be a trap and a brawl with a familiar foe follows.

Enter the contestants at Monahan’s in New York. On the left side is Colossus and on the right side is Juggernaut.

After a brief misunderstanding, Piotr changes into Colossus and fights back against Juggernaut. Though the battle is lop-sided, it remains one of the most heated fisticuffs between the two rivals.

COLOSSUS RANKS NUMBER FOUR IN ROUND 1

Definitely, collect this battle in single issue for the historic rivalry and the significance in the Piotr-Kitty relationship post-Secret Wars.

‘X-Men (1965) #12, titled “The Origin Of Professor X!”, marks the first appearance of Juggernaut in Marvel continuity. The issue tells of Professor X’s brother’s attack, namely Juggernaut, on Professor X and the X-Men, and of the two brothers’ origin story.

The issue was created by Stan Lee and Jack Kirby.