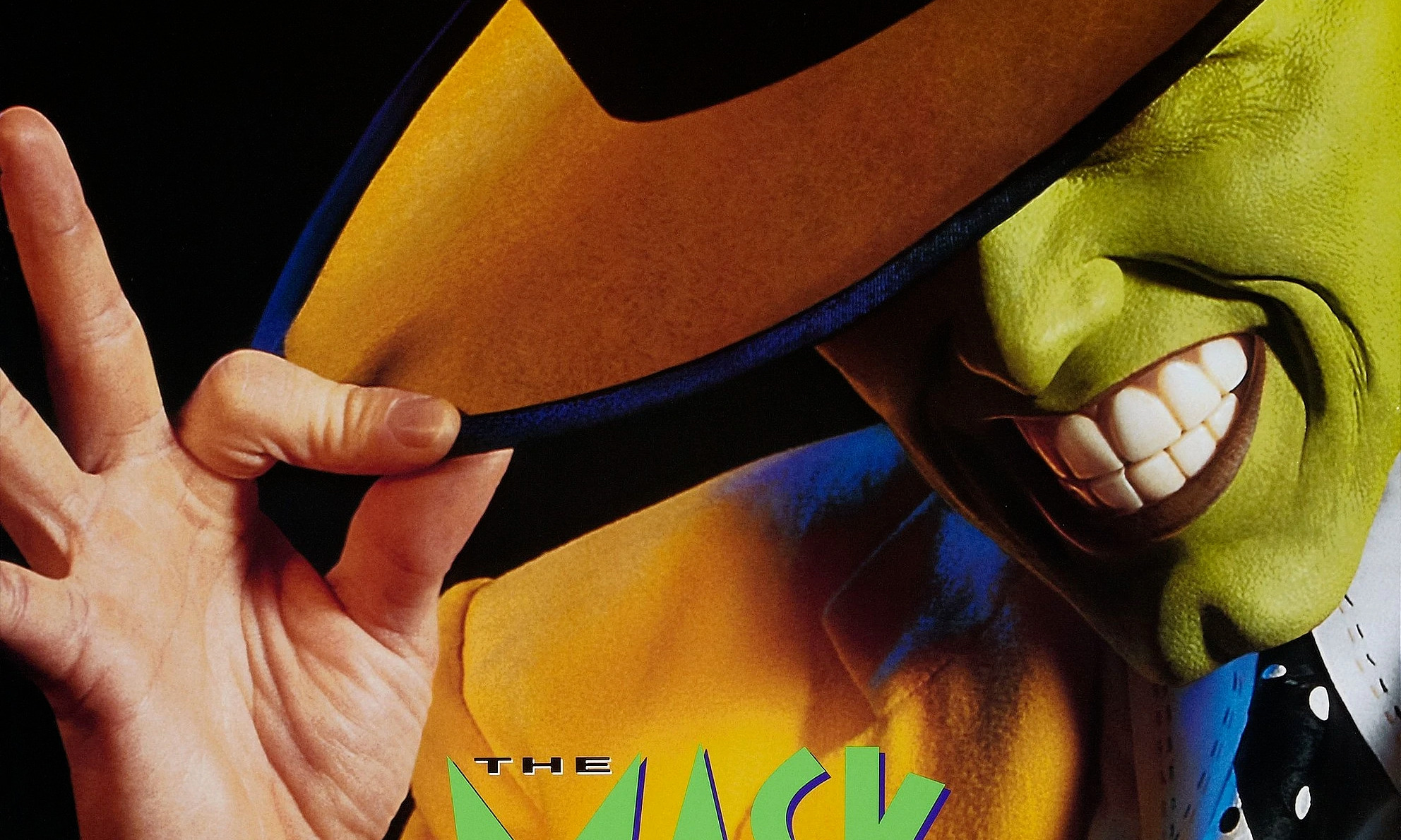 In 1994, The Mask movie became a pop sensation and propelled Jim Carrey into super-stardom. Really, it perhaps defined the decade in movies and showed Hollywood at its best.

With a cocktail of gags, fun, romance and PG-13 violence the movie wowed audiences worldwide. Indeed, worldwide, we all dreamed of donning the fateful Mask and gaining super powers and the instant cool factor!

Though the movie was certainly successful it clearly presented the comic villain as a hero or anti-hero. In fact, it even led to the successful The Mask animated series.

However, it is clear that the Mask is an artifact that amplifies its wearer’s own penchant for violence and destruction. In our first series article, we ask: Is The Mask a #hero?

Across media, the Mask’s portrayals vary from anti-hero to villain. Popularly, the Mask movie portrayed the character in a more familiar light, as an anti-hero.

In the film, Stanley Ipkiss is the first Mask: a disgruntled employee, bullied and romantic, Stanley stumbles upon an ancient mask, wears it and becomes the Mask.

For the most part, he wants lots of money, have fun and win the heart of his impossible love, the girlfriend of Coco Bongo gangster named Tina.

However, the comics presented the character as a villain who despite having a girlfriend, is bullied by mobsters.

When he finds the mask, he puts it on and becomes the Mask: bloodlusted, he causes mayhem, deaths and destruction.

So our series should help us answer: Is the Mask a #villain or a #hero? Let’s look at television.

So far, the Twitter audience has not given any votes.

Let’s look at four elements of The Mask and how the artifact may actually make him a #hero.

A FAN OF THE MASK? CLICK ON THE MASK #1 BELOW TO BUY THE STAPLE-BOUND ON AMAZON.

IS THE MASK A #HERO?

In the television series, Stanley Ipkiss is a good-hearted person who protects Edge City from villains. With his magical mask, he struggles to control his insanity as the Mask and do good. In fact, when other villains put on the mask, they become destructive and evil.

In the show, only Ipkiss and Evelyn are able to remain good when they put on the mask. In Shadow of a Skillet, we learn that only Abraham Lincoln, Stanley and Evelyn have remained good when putting on the Mask. Indeed, showing Stanley is in fact a #hero.

Perhaps, one of the Mask’s comical character flaws is his penchant for vendettas against supervillains. In Season 2: Episode 6, Channel Surfer appears for the first time. Formerly Raymond Nielsen, he became Channel Surfer when his walled TV sets fell onto him and gave him superpowers.

To avenge the cancellation of his favorite show Pointy Peaks, Channel Surfer goes on a spree of thefts of TVs and appliances at electronic stores in Edge City. At Maniacal Mike’s Tele-village, he encounters the Mask shopping there and robs him of his appliances. Then, the Mask attacks him not to save the city but because of his vendetta.

In Sister Mask, Stanley discovers a sister mask which when joined to the mask allows him to control the Mask. In reality, the villain Pretorius is at the origin of the machination. Indeed, he creates the sister mask to turn the Mask into his puppet.

To this end, his objective is to collect rare meteorite fragments. Violently, the scheme also leads to the Mask’s battle against the Army. Nonetheless, the episode reveals Stanley’s struggle to keep the Mask under control and protect his good side as a #hero.

In Western Animation / The Mask, TV Tropes states that the Mask actually has a dark side which Stanley fights. In fact, it is due to its previous hosts being themselves with a dark side.

For example, Genghis Khan and Blackbeard, both donned the Mask in the past. For this reason, Stanley though a good person, may be prone to behave as a #villain with the Mask.

THE MASK IS A #MAGICIAN

Across media, the Mask is certainly #possessed. In fact, his superhuman strength and his reliance on the artifact indicate a form of shamanic possession.

At the same time, his use of magic reveal he is also a magician. Definitely, the power of summoning objects is arcane or sorcery. Moreover, the question remains about whether the Mask possesses Stanley.

In Behind ‘The Mask,’ Kyle McGovern looks at the origins behind the pop movie. Originally, the Mask was a metaphor for human impulses and how it amplifies its aggression.

“You see a guy who’s downtrodden, he’s got issues, he feels like the world has kicked him a bunch,” says comic book artist Doug Mahnke, who worked on Mayhem and several other miniseries featuring the Mask. “All of a sudden he has this chance to get away with a bunch of —-.”

Definitely, we are closer to the answer that the fact he may actually be a #villain, and not an #anti-hero.

DARK HORSE DAY SERIES: WHY THE MASK IS A #VILLAIN. OCTOBER 29TH.