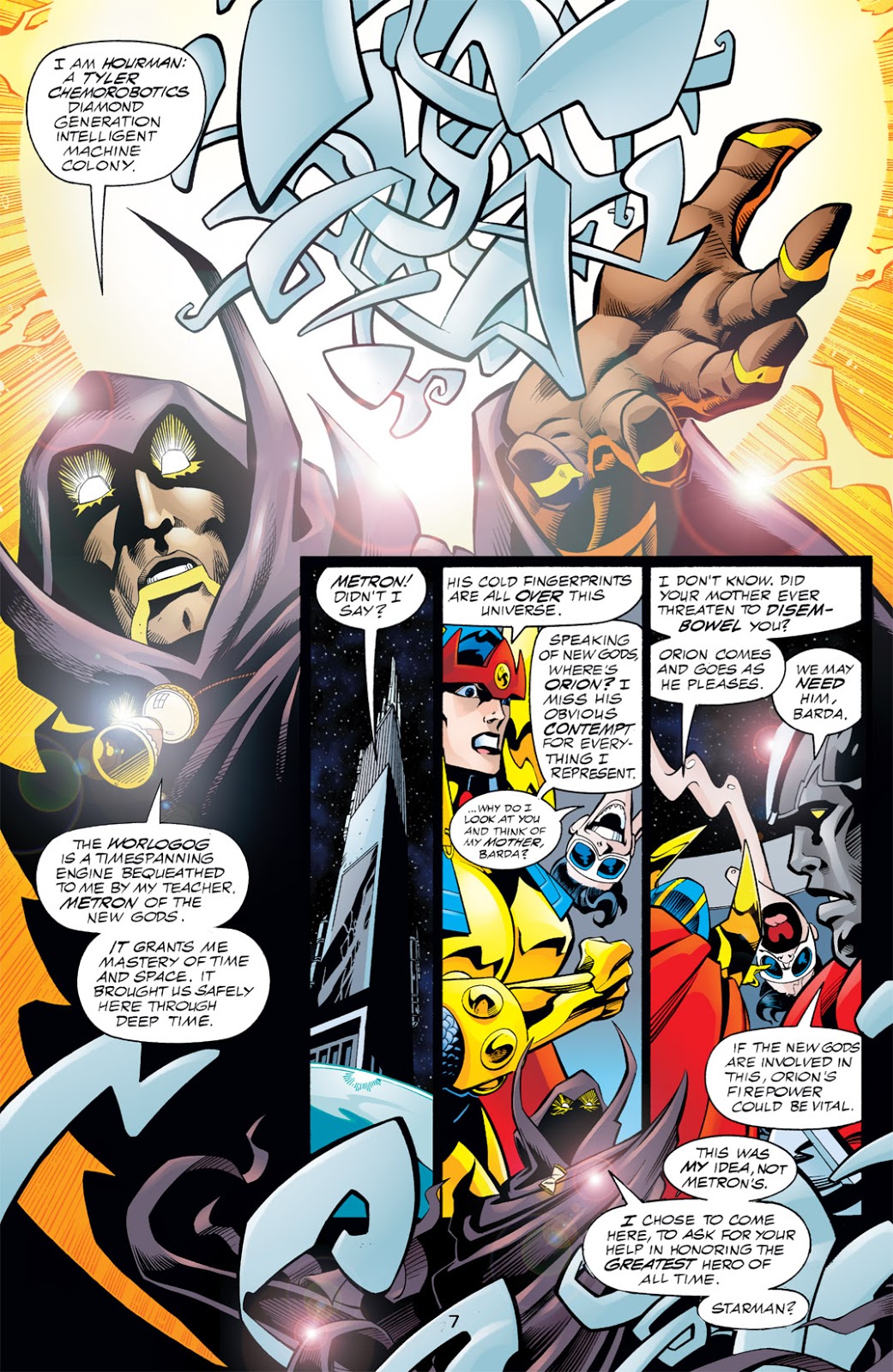 THE JUSTICE LEGION ALPHA TIME TRAVELS TO THE 20TH CENTURY

THE WORLOGOG, MASTERY OF TIME AND SPACE

Hourman, an android from the 853rd century and a member of the Justice Legion Alpha speaks of the time travel to the 20th century. The Worlogog brought the Justice Legion Alpha to the 20th century. The exact nature of time travel in the DC Universe varies, though, as Hourman shows, some events are necessary such as Superman Prime’s longevity into the 853rd century.

Hourman reveals the New God Metron bequeathed him with the Worlogog, granting him “mastery of time and space.”1 Hourman defines the Worlogog as “a time-spanning engine”.1 It allows Hourman time travel through time and at the same time without altering events in the 853rd century.

CHECK OUT THE STORY: GODZILLA KINGDOM OF MONSTERS.

THE HOURGLASS OF THE GODS, FROM THE BIG BANG TO THE OMEGA POINT

In ‘Justice League Of America’ (1997) #15, during the Rock Of Ages storyline, Metron meets Hourman in 85,271 A.D. Metron bequeaths Hourman with the Worlogog, the Hourglass of the Gods. Metron explains that time is like a watch that can be repaired.

It is also an hourglass with the same number of grains of sand “but each new arrangement is different.”2 Metron explains that the Worlogog is the Hourglass of the Gods, “an exact working model of the entire spacetime continuum from Big Bang to Omega Point.”2 It is this fantastic hourglass that enables the Justice Legion Alpha time travel to the 20th century.

In ‘Justice League Of America’ #43, the Justice League of America is under attack by Ra’s Al Ghul who has stolen Batman’s contingency plans.

How do fans feel about the Worlogog? Sound off in the comments!