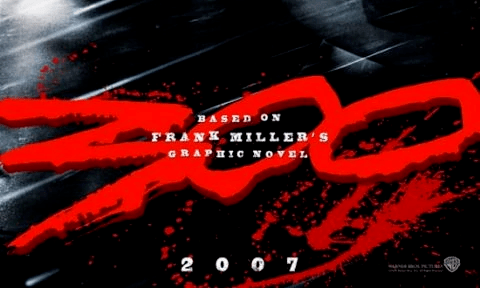 In our article, we list 10 important Hollywood movies that faithfully adapted the source material from the comics. Though blockbuster success is not the most important factor, their impact on cinema and the visual arts is undeniable. Moreover, they helped pioneer other comic book movies and shared cinematic universes.

Below, you can read our Top 10 Hollywood comic book movies.

With the popularity of the superhero genre, Captain Marvel (2019) was a welcome surprise. As a true cosmic movie, the film takes its subject matter seriously. Though Anna Boden and Ryan Fleck add comedic moments. Perhaps, few Marvel Cinematic Universe films pay as much attention to their titular heroine’s origin story. Certainly, Carol Danvers’ Kree origins are central to the superheroine both in the comics and the movie. At Refinery29, the critic points out the major change is in Mar-Vell’s gender swap from male to female.

WHY IT’S ON THIS LIST: And the movie belongs on this list for the cast, the original use of the superhero genre, the impressive visual effects, the movie production and the top-notch acting.

To begin, the Batman (1989) was a cinematic event for the period. Certainly, the movie is indebted to the dark and gritty graphic novels of the 1980s such as Batman: The Killing Joke or Frank Miller’s The Dark Knight Returns. Though the film successfully adapts Batman’s noir atmosphere from the source material, it alters elements of its mythos. For instance, the Joker killed Bruce’s parents and Batman is willing to kill.

WHY IT’S ON THIS LIST: And the movie belongs on this list for the cast, the ground-breaking use of the superhero genre, the serious Batman treatment, the pop-culture impact and the top-notch acting.

Incredibly, Spider-Man (2002) captivated audiences at the beginning of the twenty-first century. In fact, the Sam Raimi films were a cultural sensation out-performing the original Superman: The Movie at the box office. At the time, audiences loved the movie. And director Sam Raimi’s faithful rendition of the Spider-Man world won fans though the adaptation of his super powers and the loss of web-shooters created controversy.

WHY IT’S ON THIS LIST: And the movie belongs on this list for the cast, the original use of the superhero genre, the pop-culture impact, the authentic Spider-Man universe and the top-notch acting.

Certainly, Superman: The Movie (1978) is the original superhero blockbuster. When the movie was released, general audiences were charmed by the hero’s enthralling story. Moreover, Christopher Reeve’s charismatic performance carried the movie. Importantly, the movie actually changed the Superman mythos instead of simply adapting it. In fact, the Krypton backstory was a new addition from the Donnerverse that changed its depiction in comics.

WHY IT’S ON THIS LIST: And the movie belongs on this list for the cast, the first blockbuster comic book movie, the pop-culture impact, the charismatic Christopher Reeve performance, the re-invention of the Superman mythos and the top-notch acting.

In terms of cinematic achievement, Thor (2011) is a visual and aesthetic masterpiece. Certainly, the movie skyrocketed the former B-lister to super-stardom at Marvel. And it is well deserved. Importantly, the Thor movie respects the most important elements of the hero’s origin story: the legendary Asgard, the worthiness enchantment on Mjolnir, and the struggle between the brothers Thor and Loki for the throne. Though the only significant alteration is that Asgardians are an alien race and not gods.

WHY IT’S ON THIS LIST: And the movie belongs on this list for the cast, the first blockbuster Thor movie, the charismatic Chris Hemsworth performance, the legendary world of Asgard and costume work, one of the most faithful Marvel Cinematic Universe comic book adaptations to film.

Importantly, Captain America: The First Avenger may be the best Captain America movie. When it comes to faithful adaptations, the movie retains the basic Captain America story: a young, feebled and patriotic Steve Rogers enrolls in Project Rebirth and becomes a Super-Soldier. Becoming Captain America, he leads his unit against Red Skull and Germany. Though the only major difference is that the Captain stays in the ice for 70 years in the movie as opposed to 19 years in the comics.

WHY IT’S ON THIS LIST: And the movie belongs on this list for the cast, the first blockbuster Captain America movie, the charismatic Chris Evans performance, the chemistry between the lead actors, one of the most faithful Marvel Cinematic Universe comic book adaptations to film.

Incredibly, Batman Returns (1992) might be the most memorable Batman film of the early 1990s. With an iconic cast in Michelle Pfeiffer and Danny Devito who star as memorable villains Catwoman and Penguin; and an impressive performance by Michael Keaton, the film is even darker than the first one. According to Batman Online, the movie inspires itself from multiple gothic-style Batman stories from the early 1990s such as Batman: Dark Knight, Dark City (1990).

WHY IT’S ON THIS LIST: And the movie belongs on this list for the iconic cast, the darker Batman sequel, Michelle Pfeiffer’s break-out performance, the chemistry between the lead actors, a cult film during the decade, an inspiration from multiple comics in the 1990s.

Incredibly, V for Vendetta (2006) takes its title directly from the source material. At IGN, the critic cites the Wachowski Brothers’ adaptation took some liberties from Alan Moore’s comic. Though, the general premise of a masked man opposing totalitarian regime in Great Britain remains. Nonetheless, the movie’s third act does not escape the tropes of Hollywood endings. Certainly, it belongs at the top of this list as an iconic movie adaptation.

WHY IT’S ON THIS LIST: And the movie belongs on this list for the adaptation from Alan Moore’s avant-garde and deconstruction of the superhero genre, the Wachowski’s artistic license and the popular controversy.

Gloriously, Watchmen (2009) misses the top spot on this list. At the same time, the movie is a cult classic that has passionated fans since 2009. At the helm, Zack Snyder directs the most important adaptation of a comic book to the big screen. Once again, Alan Moore’s masterpiece proves to be the inspiration. Certainly, there is a reason why the director has been celebrated among die-hard fans.

WHY IT’S ON THIS LIST: And the movie belongs on this list for the adaptation from Alan Moore’s masterpiece and the greatest comic of all time, Zack Snyder’s visual story-telling, gratuitous violence and pop-culture impact.

Gloriously, 300 (2007) showed it is possible to create a successful R-rated movie. Successfully, the movie was a pop-culture sensation at its release and became every fan’s visual scriptures. As a visual director, Snyder created a frame-by-frame adaptation of Frank Miller’s graphic novel. Though the movie is violent, graphic and barbaric, it inaugurated a completely new visual form of storytelling.

WHY IT’S ON THIS LIST: And the movie belongs on this list for the iconic cast, Gerard Butler’s charismatic performance, a revolutionary R-rated blockbuster movie, scene-by-scene adaptation faithful to the comic, Zack Snyder’s unique visual storytelling.