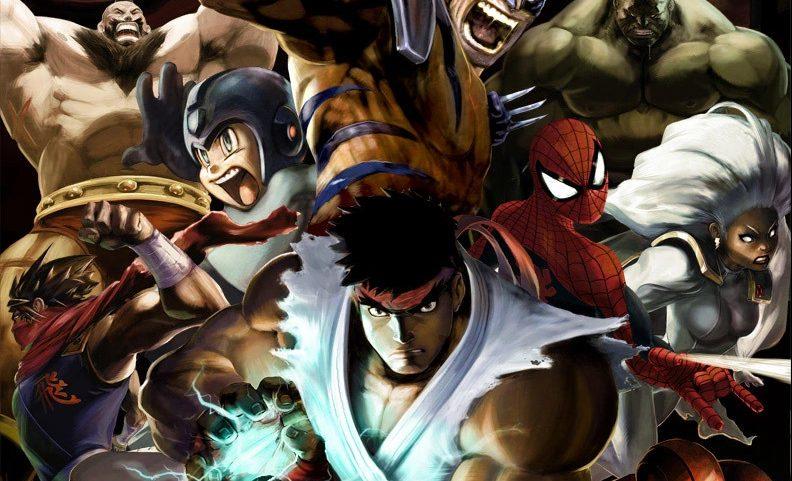 IN Franchises, Comic Values And Collections

*In celebration of Father’s Day, we go over the best fighting techniques in Marvel vs Capcom Infinite for PS4.

In the popular Marvel vs Capcom series, players compete against opponents in teams of two or three. Originally, the inspiration for the series was X-Men: Children of The Atom and Marvel Super-Heroes. In the game, players use characters from Marvel and Capcom

For parents wondering what games to buy for their teenagers or for spouses looking for gifts for their husbands or children, Ultimate Marvel vs Capcom 3 for example, has been rated PG-13 and up. Though there is intense violence, suggestive language and revealing attire.

In the recent Marvel vs Capcom Infinite, Marvel and Capcom baddies Ultron and Sigma attempt to use the Infinity Stones in order to merge both universes and rid their new world of organic life.

Though the game has upped the series, an IGN review criticized the character’s unimaginative design, the slow gameplay and the lack of creative storyline. Nevertheless, the visuals, scenery and the fighting styles are sufficient entertainment.

So, from our video above, let’s find out which Marvel or Capcom character has the most arcade- or comic-accurate fighting technique.

As matter of fact, this is very impressive since Scarlet Witch has great reality-warping power on a planetary scale due to her Chaos Magic. In the game, Doctor Strange’s attack is his signature technique.

Though it generates only 17 hits, it consumes about half of his life bar, which shows a great amount of damage. Given that it is a video game, comic characters are often nerfed in order by reducing the damage of their signature techniques.

Nevertheless, the final attack is more or less accurate as a finishing move.

Generally, Ryu’s hado is portrayed has one of the most powerful attacks. Really, it qualifies as a hyper-move. At the same time, for the most part the attack looks more like a kamehameha wave. In fact, the hado-ken signature technique is actually a really flying fireball.

In the gameplay, the sho-ryu-ken, is more accurate in terms of fighting and even allows for multiple punches with both hands. Though the execution and fighting is impressive, the damage of the technique is disappointing.

In fact, it only deals 3 hits though with a fourth of the life bar in damage.

So, in terms of power and execution, the signature technique is impressive though the damage is disappointing.

Perhaps, the most impressive fighting technique in terms of damage, is Thor’s lightning blast. In Marvel vs Capcom Infinite, Thor does not need to charge up his lightning strikes. Instead, he either raises his hammer high, or strikes his opponent into the air with Mjolnir.

In Infinity, Thor strikes Thanos at the head with a full lightning blast, resulting only in damaging the Titan’s armor. However, in the gameplay, Thor is able to damage more than half the life bar in just 3 hits. Impressive!

In the gameplay, the adaptations to Chun-Li’s moves are the most impressive. Though her Spinning-Bird Kick is very different from the original arcade and really not impressive. However, with the Lightning Kick, a player can deal up to 15 hits.

What separates this attack from the rest is that the signature technique is both ground- and air-based which can quickly turn the tide in a stalemate. However, the drawback is that the attack deals only a sixth of a character’s life bar.

At the top, is one of Venom’s lesser known signature moves. For the source comics, Venom often entombs his enemies in webbing for various uses. In addition, the symbiote allows him to shape-shift and attack his opponents with tendrils.

In our game, Venom can damage more than half of an opponent’s life in just 8 hits with the attack. Generally, the attack displays strength, speed and damage. For this reason, it’s at the top of our list.

CELEBRATING FATHER’S DAY? TO #COLLECTONVACATION, CLICK ON BUY ON AMAZON TO COLLECT Marvel Vs Capcom Infinite (PS4) Marvel vs. Capcom: Infinite – Xbox One AND BECOME THE GREATEST MARVEL VS. CAPCOM FAN TO SHARE AMERICAN CULTURE IN YOUR CITY.

BELOW TO BUY THE PS4 AND XBOX GAMES ON AMAZON.

Not sure? Visit the Collector's Ship page.

And that’s our ranking! Don’t forget to leave comments if you liked the Marvel vs Capcom.

CELEBRATING FATHER’S DAY? SHARE WHY YOU LOVE YOUR DAD