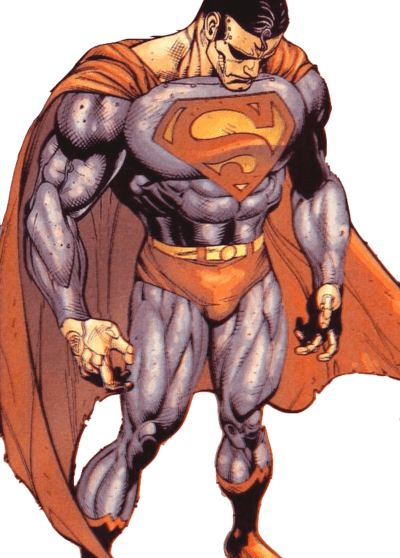 CELEBRATING SUPERMAN DAY ON VACATION? CLICK ON Superman Beyond 3D #2 (Final Crisis, Vol. 1) BELOW TO BUY THE COMIC ON AMAZON AND BECOME THE GREATEST SUPERMAN FAN TO SHARE AMERICAN CULTURE IN YOUR CITY.

VISIT OUR SHOP FOR THE POWER LEVEL ECARD.

In his masterpiece, Morrison seems to argue that Superman is the strongest superhero. Some may agree though some may disagree.

At the same time, we can agree that Superman’s Super Strength Level is Boundless or Infinite.

Indeed, as Mandrakk gets stronger, so does Cosmic Armor Superman. Though, in comparison to Hulk, his power is not fueled by rage.

Instead, it is fueled by the “hyper-story.”1 And what is that mysterious hyper-story? You can read my e-book to find out! 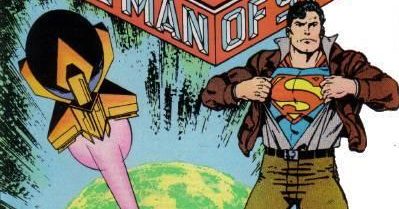 In Power Level Explained: Superman Shatters Epoch’s Omega Barrier With His Heat Vision, we rated Superman’s Heat Vision feat Galaxy-Level. Now, we attempt to answer a popular question about Superman and his powers.

PHYSIOLOGICALLY, SUPERMAN IS A SOLAR BATTERY

Perhaps, the most popular question in all of comicdom: How do Superman‘s powers work? There have been multiple explanations for Superman’s fantastic super powers under the yellow sun.

During the Golden Age, his abilities were attributed to Krypton having a higher gravity than Earth, granting Superman a stronger, denser more durable skin.

Over time, the Kryptonian’s powers grew and new explanations were added. During the Silver Age and the Bronze Age, Superman’s powers were explained as the products of Earth’s weaker gravity and the radiation of Earth’s yellow sun.

During that time span, Superman truly became a god-like being capable of moving planets or withstanding nukes.

In addition, his humanity mattered more than his alien heritage, as Superman was depicted as a human with superhuman powers.

As a result, his super powers developed because his Kryptonian cells absorbed yellow solar radiation. After Byrne’s departure, Superman’s powers were again increased to be limitless. Visit Superman’s Powers And Abilities on Fandom.

Though this explanation has proven controversial among fans, let’s explain why John Byrne’s theory makes some sense. Though Superman’s powers and telekinesis are ultimately not mental, but physical.

Now, let’s answer the user’s question by referencing relevant research and the comics.

WHY SUPERMAN USES SOME FORM OF TELEKINESIS

1. A BIOLOGICAL MOLECULE THAT ABSORBS LIGHT AND PRODUCES ELECTRICITY

From a study, we found that a molecule called xanthopterin may absorb violet light in the Oriental hornet. We hypothesized that Superman uses a homolog of the molecule that evolved in parallel on Krypton.

More importantly, the Oriental hornet absorbs light in order to produce electrical power. Perhaps, this relates to Superman’s bio-electric aura and his superhuman powers under the Earth’s yellow sun.

In a similar process, Superman produces a bio-electric aura that powers his telekinesis. Later, we explain why this process is physical.

Popular science fan celebrating Superman Day IN MUMBAI OR MANILA to entertain yourself about #TheMostPowerfulHero? To #collectonvacation, click on Buy On Amazon to collect the Superman: The Man of Steel Vol. 1 (Superman, 1) Hardcover comic and become the Man of Steel.

2. SUPERMAN'S BIO-ELECTRIC AURA CAN WORK LIKE A SUPER-CONDUCTOR NEGATING THE EARTH'S MAGNETIC FIELD

Since Superman absorbs yellow sunlight, it is possible that the process reaches very high temperatures allowing him to produce electricity. Though it is unclear how he is able to maintain normal body temperatures and homeostasis.

In 1911, superconductivity was discovered by a student working with the Dutch scientist Karmelingh-Onnes. Centrally, at near absolute zero or at very high temperatures, elements and metals display the ability to conduct electricity with no electrical resistance.

Surprisingly, one remarkable feature of superconductivity is the ability to negate a magnetic field. Indeed, this is called the Meissner Effect named after Walther Meissner who discovered it in 1933. Remarkably, a magnet is able to levitate above a superconductor.

Similarly, with yellow solar radiation absorption, the Man of Steel is able to act as a superconductor. Effectively, he produces a bio-electric aura that allows him to negate the Earth’s magnetic field at the local level.

Partly, this explains his super powers of flight and invulnerability since he negates the Earth’s magnetic field.

In fact, it may suggest he can be powered by cosmic rays and not just solar radiation. In addition, it explains why his powers of telekinesis are mental and physical since he is able to extend his bio-electric aura in order to perform feats of super strength.

Let’s explain further how super-conductivity allows him to negate gravity.

3. SUPERMAN'S TELEKINESIS ALLOWS HIM TO NEGATE GRAVITY ON EARTH TO BREAK THE LAWS OF PHYSICS

In Superman, ‘Superman’ Vol 2 #207, we rated Superman’s super speed feat during the For Tomorrow story arc. In a fight against Equus, Superman performed the Speedblitz technique.

Amazingly, with his cells charged by yellow sunlight, Superman is able to break the laws of physics. Let’s explain.

Since we hypothesized Superman is able to act as a superconductor, he is able to negate magnetic fields. Importantly, the Meissner effect predicts he can negate gravity.

According to Einstein’s Theory of General Relativity, gravity affects the space-time continuum. In effect, changing the gravitational field can either speed up or slow time.

Hence, Superman acting as a superconductor allows him to affect the space-time continuum. When Superman negates gravity locally on Earth, we can hypothesize he can move faster or slower in time relative to humans.

Also, this explains in part his super strength. Indeed, he is able to bend space-time with his telekinesis allowing him to lift incalculable amounts of weight. And without telekinesis, the heavy objects Superman lifts would crumble under the weight of gravity.

As we already know, Superman is an alien from the planet Krypton. From the beginning, writers have attributed Kal-El’s super powers to Earth having a weaker gravity. For the most part, this explains Superman’s superhuman strength and invulnerability.

With his denser and more durable skin, the Last Son of Krypton has very strong muscles and is able to withstand high impacts, injury, diseases and toxins, as well as blunt force.

Importantly, Superman’s super strength allows him to move planets. Indeed, since his muscle cells are charged with yellow sunlight and metabolize energy with maximum efficiency.

As a result, we can explain his super strength, invulnerability and longevity with the fact his cells produce no fatigue toxins.

WHY SUPERMAN IS A SOLAR REACTOR

LIKE THE SUN, SUPERMAN PROJECTS ENERGY OUT OF HIS BODY

Though difficult to really reconcile, since the superhero may be radioactive and emit harmful rays. But his heat vision may be one of his most exotic powers. Since he is a solar reactor, Superman should be able to project energy out of his whole body.

Finally, his other vision powers are likely an enhanced perception from his conversion of electromagnetic radiation.

And that’s our super power! Please rate our article or share with friends and followers if you liked the Super Power Explained.