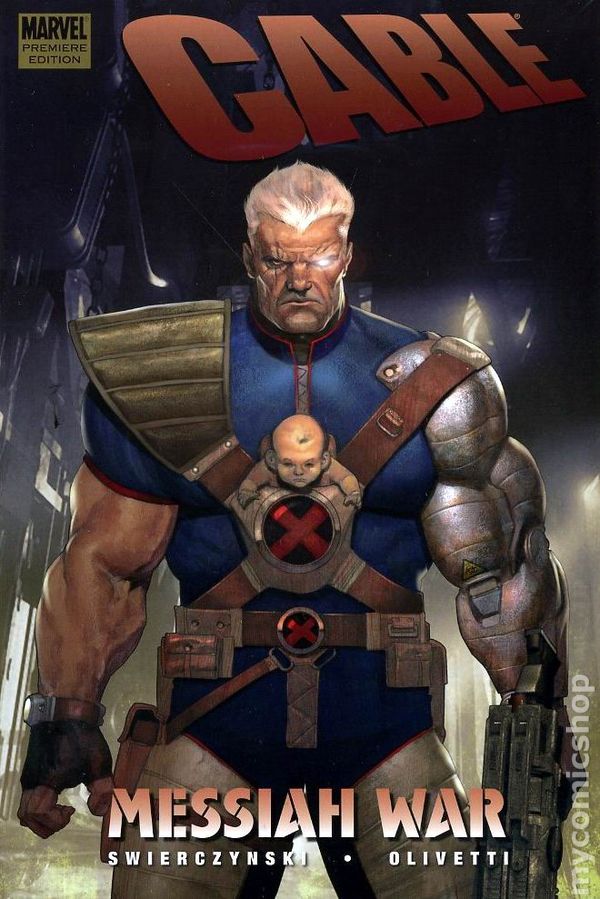 Cable was born from the union between Scott Summers and Madelyne Pryor. Madelyne Pryor was a clone of Jean Grey. She was given life from a spark of the Phoenix Force that granted her a life force and Jean Grey’s memories as Jean Grey laid in a cocoon in Jamaica Bay recovering from radiation poison.

Mr. Sinister fabricated Madelyne’s past and arranged for Scott Summers to meet her. Scott immediately fell in love with her and the two had a child. They named him Nathan Christopher Charles Summers.

Nathan was infected by a Techno-Organic virus as an infant which he had to consciously keep in check from consuming his body.