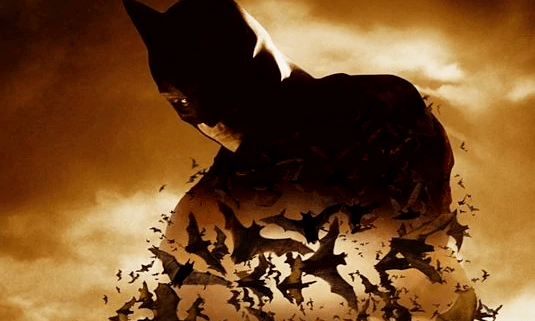 Bruce Wayne is a billlionnaire businessman and heir of the Wayne fortune. Orphaned at a young age, he goes on a quest during his adult years to find purpose. During his travels, he masters all known martial arts then returns to Gotham. Donning the cape and cowl as Batman, he seeks to bring justice to Gotham and avenge his parents’ murder.

*Find out about his playboy lifestyle in Trivia.

• In Batman Begins, Bruce Wayne enjoys fine dining at the hotel. During a conversation with his associates about the Batman, his company skinny dips. When confronted, Bruce buys the hotel.

Celebrating Batman Day in New York at a conference or club? To #collectabattle, click on the Amazon product image below to purchase Spawn-Batman 1994 comic book-Image-Frank Miller NM-. Visit our review to find our recommendation for the crossover.

On the hunt for the same criminal, Batman and Spawn cross paths. A crashing battle ensues.

Enter the contestants in New York City. On the left side is Batman alias Bruce Wayne and on the right side is Spawn alias Albert Simmons.

The battle to decide who owns the night!

Image (1992) #1, titled “Questions, Part One” marks the first appearance of Spawn in Image continuity. The issue tells the origin story of Spawn as he is reborn from death.

The comic was written and penciled by Todd McFarlane.

NEXT BATTLE OF THE WEEK: Captain Universe (Spider-Man) vs Tri-Sentinel. JANUARY 20TH.

Celebrating Batman Day? For the comic, click on the Amazon product image below to purchase the Kindle or Comixology comic.

Over his long storied history, Batman has been incarnated in various media: comic, live-action series and movies, video games, radio and more. Importantly, what has seized the fans’ imagination seems to have been the Dark Knight’s tortured but disciplined humanity. Though Batman may have demons, he always seems to come out on top. And he always comes to a battle prepared with ten moves ahead.

Let’s delve into why Batman’s Strength Class is properly speaking a Metahuman.

What truly makes Batman special is the fact he really is a human. Through sheer determination and fanatic discipline, he conquers seemingly unsurmountable obstacles. Such as assassins, mad scientists, alien powerhouses, gods and magical beings. Yet, if he is undeniably human, his strength level indicates he belongs with the metahumans. What does this mean?

*This image is copyright-reserved to James on Flickr and is titled Brooding Batman.

Properly speaking, the Twitter audience is correct. In terms of speed and durability Batman is undeniably a Peak Human-Level.

However, how does he defeat metahumans and teams of metahumans, with or without preparation? Let’s explain!

For the animated movie, click on the Amazon product image below to purchase the Blu-Ray.

CHECK OUT THE STORY: Why Doctor Doom Is Marvel’s Greatest Villain

First, one ability that Bruce Wayne possesses is his Genius-Level intellect. With his expertises in criminology, psychology, chemistry, biology, forensics and computer engineering Batman is able to devise scientific solutions to problems from small to larger scales. For this reason, he has often been called Bat-god. At the same time, Batman is a master strategist.

With preparedness, he is able to dismantle an organization and defeat a metahuman, god or demon. In many respects, this is a function of the Dark Knight’s mastery of all martial arts disciplines on Earth, his expertise with mysticism, magic and the supernatural. For this reason, he has often been called Bat-ninja. Properly speaking, read below why the Caped Crusader is actually a Bat-ninja.

In Batman, ‘Batman vs The Incredible Hulk’ #1, we rated Batman’s notorious Bat-kick in the DC/Marvel crossover from the 1980s.

Given Hulk’s tough skin and “oversized lungs”, no one outside of at least a Metahuman Level in Strength Class could have caused Hulk’s reflex.1 Evidently, Batman kicked Hulk at a pressure point, the solar plexus.

In terms of Strength Level, Hulk’s oversized lungs would have necessitated approximately a Planetary Level of Super Strength in order to gasp for air.

For this reason, in order to save appearances, we can state that the Bat-kick likely required Bat-ninja Fighting Skills with chi manipulation. Or blame it on Deus Ex Machina.

NEXT: BATMAN IS A VIGILANTE PLAGUED BY FEMME FATALES. FEBRUARY 7TH. 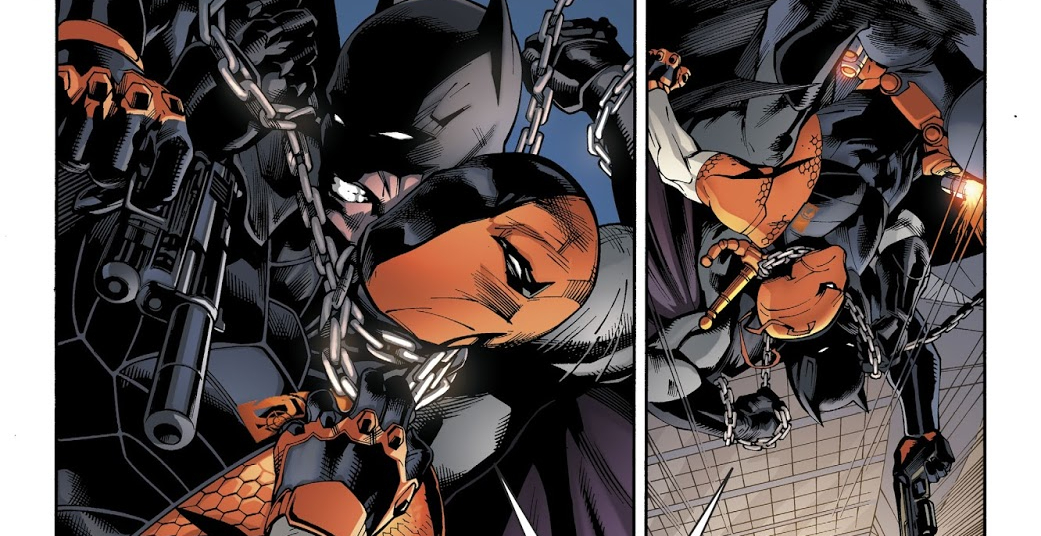 Immediately, Batman and Deathstroke fight. Coming out of the water, Batman confronts Deathstroke over the files. Nevertheless, the Terminator confesses his knowledge of their existence and admits they were falsified. #WeAcceptDeathstrokesConfession and defend the rights of the orphaned. Moreover, he advises the Dark Knight to ignore them and not take the bait. Before the two part, Batman summates Deathstroke to stop mercenary work until the case is settled.

FOR DEATHSTROKE: HE SAVED BATMAN

In Deathstroke (2018) #35, Deathstroke saves Batman’s life. In the issue, Slade has deduced Batman is Bruce Wayne. Moreover, he has infiltrated Wayne Manor and tipped the feds. Now, he is holding Bruce at gunpoint. After Bruce and Slade go into the cave, everything goes dark. Then, both assassins change into costumes. And the battle is on.

With his power gauntlets, Batman evens the fight. At the same time, Deathstroke is fighting for keeps this time. During the battle, both combatants fall into a cave. As they come to, Batman has been punctured by Slade’s blade tip. Meanwhile, Batman’s power gauntlets fractured Deathstroke’s skull. When the two rivals fail to climb a cliff, Batman passes out. Only Slade carries him to safety. Eventually, Nightwing and Robin find them.

A FAN OF THE REST OF THIS STORY? CLICK ON “Batman vs. Deathstroke (Deathstroke (2016-))” BELOW TO BUY THE KINDLE & COMIXOLOGY COMIC ON AMAZON.

CHECK OUT THE STORY: In ‘Public Enemies,’ #WeDefendCyborg’s Decision To Turn Himself In To The U.S. Government.

AGAINST DEATHSTROKE: HE FOUGHT DAMIAN WAYNE

In Round 2: Match-Up #2, Number 2 ranked Batman is challenged by Number 10 ranked Etrigan.

Round 1: Match-Up #35, we have Batman alias Bruce Wayne vs Cyclops alias Scott Summers.