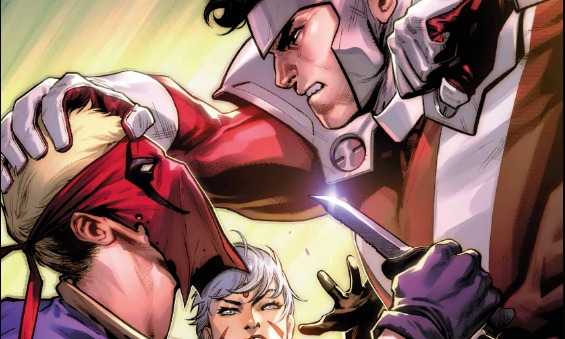 In 2022, DC Comics published Dark Crisis on Infinite Earths. Importantly, the comic changed continuity, introduced an infinite DC multiverse and the disbanding of the Justice League. With the crisis passing, a new DC Universe dawns and heroes form to protect it.

In November 2022, the Wild Crisis Aversion Tactical Squad debuted in WildC.A.T.s. by Matthew Rosenberg and Stephen Segovia. In WildC.A.T.s. (2023) #3, the limited series restores the fan-favorite team called the Seven Soldiers of Victory.

In the conclusion of the anthology series, Batman must race through time to save the Waynes. In Batman: Urban Legends (2023) #23, writer and artist Jamal Campbell also delivers an epic story about Robin’s early days.

In The Flash (2023) #790, the Flash Family faces an alien invasion in 60 seconds. With everyone in Central City frozen in time, Wally and the Flashes must save their loved ones and everyone.

In The Human Target (2023) #10, Tom King continues his Eisner-nominated series. The mystery finally begins to reveal as Christopher Chance puts together the pieces of his murder. And the hero has only 48 hours before his death.