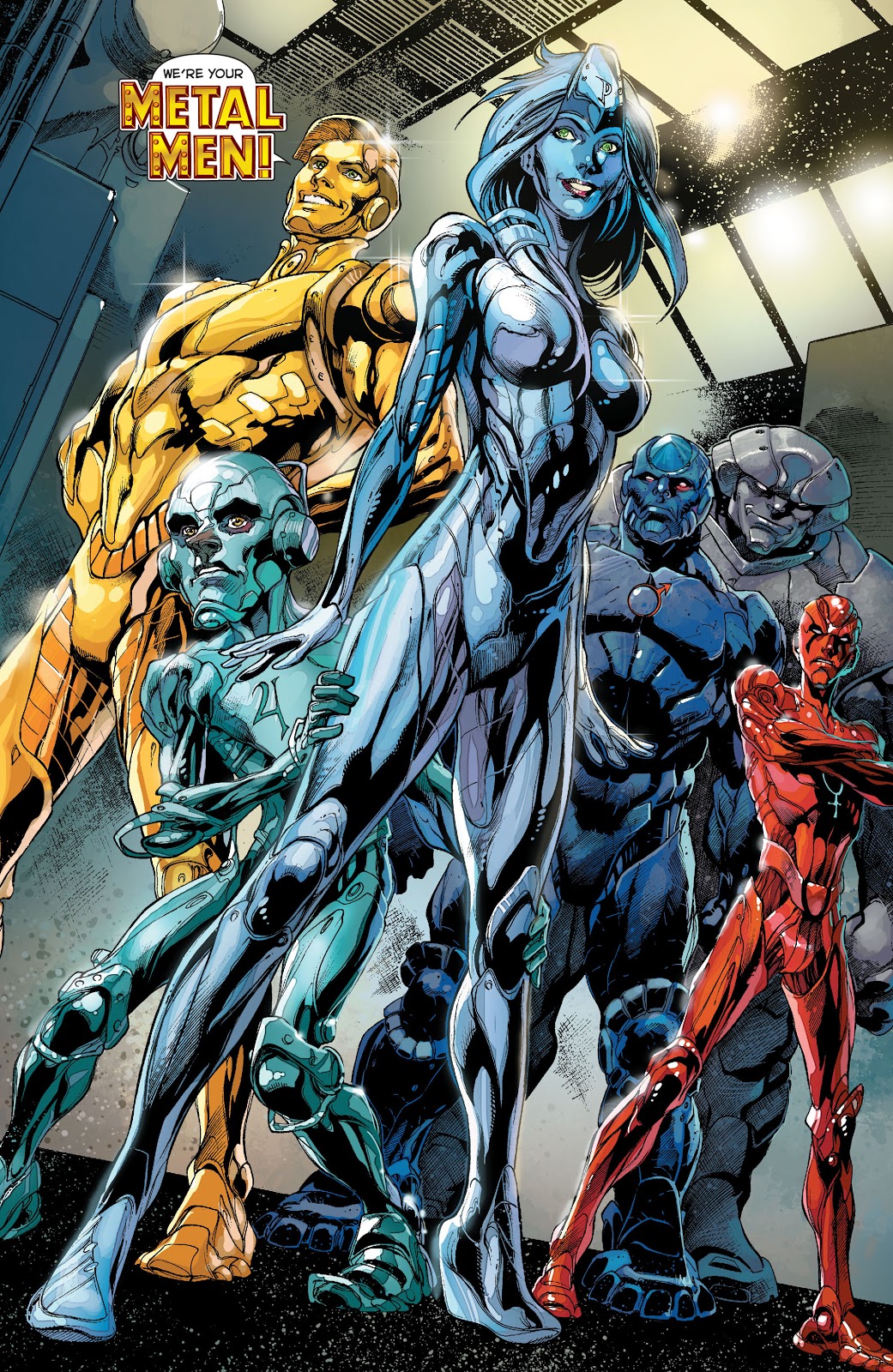 In ‘Justice League’ (2014) #28, we are introduced to the creation of the Metal Men. In an effort to combat the events of the ‘Forever Evil’ storyline, Cyborg recruits Dr. William Magnus at the United States Army Research Laboratory in Adelphi, Maryland.

As Secretary of Defense Joseph Devol reveals, the Metal Men was a 600 million dollar U.S. army project. Dr. William Magnus graduated at the top of his class from Carnegie Mellon Robotics Institute. Six months ago, Dr. Magnus was recruited in order to develop the first A.I. capable of doing search and rescue missions too dangerous for human beings.

Dr. Magnus explained to Cyborg that Grid which has taken over all the communication systems on Earth, was not the first A.I.. The Metal Men were.

Dr. Magnus invented what is called a responsometer, which he claimed was “the most advanced thinking device”. Each responsometer was placed in a vat of different molten metal. What happened next, was genius!

The Metal Men formed altering their appearances each to a humanoid form. Each Metal Man developed a different personality and appearance matching the properties of the metal they were created from.

CHECK OUT THE STORY: BATMAN BUILDS BROTHER EYE TO SPY ON THE METAHUMANS OF EARTH.

Secretary of Defense Devol blows up the entrance to Dr. Magnus’ lab. He finds out from Dr. Magnus that the Metal Men have been created though with some problems that need correction.

Secretary of Defense Devol reveals that despite the problems, he plans to use the Metal Men as weapons of “assassinations.” Their mission is to assassinate a target involved with the Sons of Adam.

The Metal Men who were designed for dangerous search and rescue missions, do not agree to the mission. They escape the United States Army Research Laboratory.