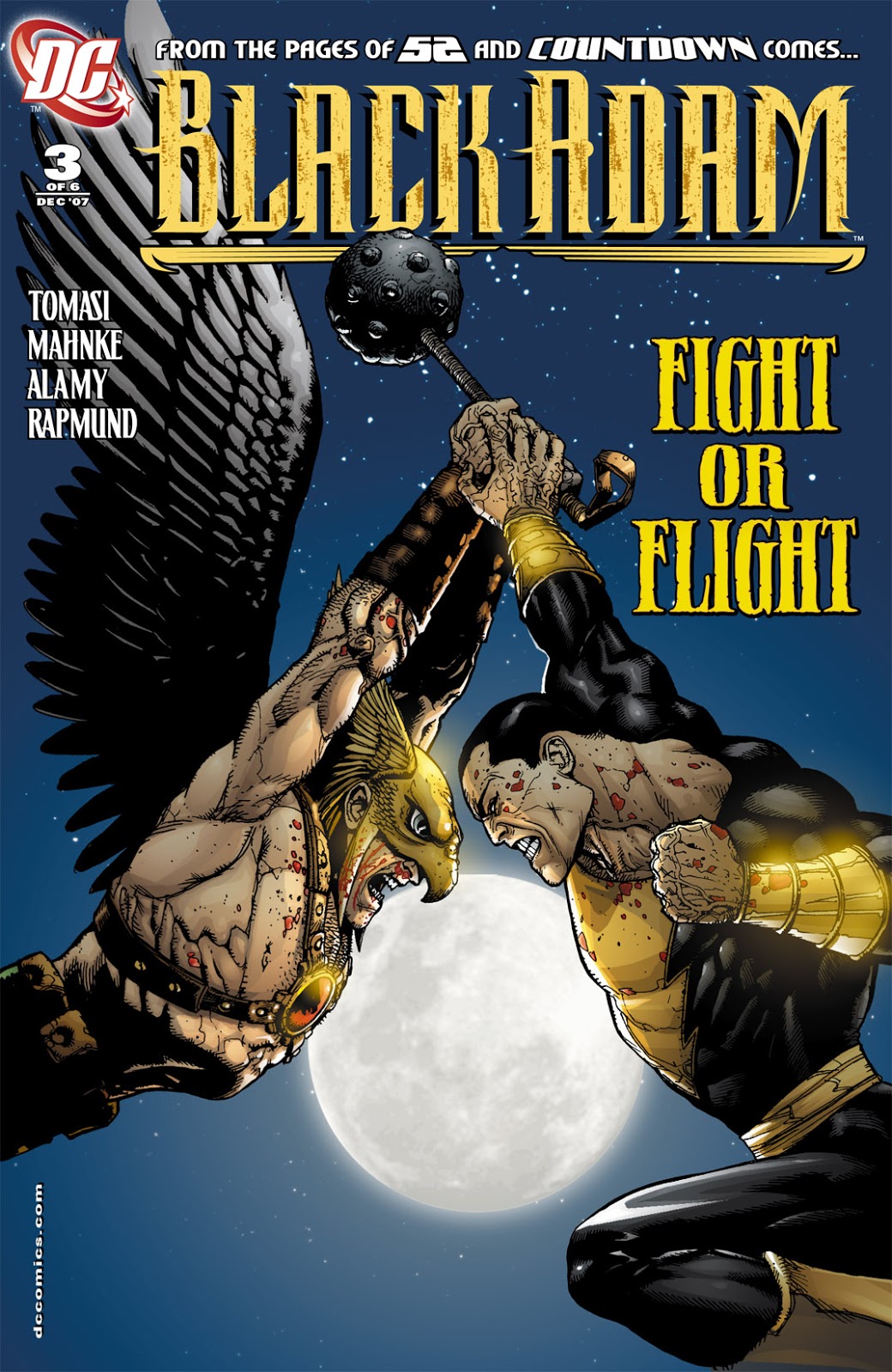 To #collectabattle, check out the issue on Amazon.

SYNOPSIS FOR “THE DARK AGE”

Black Adam has struck a deal with Felix Faust to aid him in his search for Isis’ amulet. However, his quest will put him on a collision course with a former member of the JSA. Their battle is sure to rock the skies of St. Roch!

On the left side, is The Champion of the Egyptian Gods himself… Black Adam! Let’s look at the stats.

On the right side, is the reincarnated deity of Egypt himself… Hawkman! Let’s look at the stats.

DURABILITY: ON PAR WITH FLASH

ENERGY PROJECTION: ON PAR WITH HAWKGIRL

FIGHTING SKILLS: ON PAR WITH HAWKGIRL

The winner gets Isis’ Amulet!

In ‘Black Adam: The Dark Age #3‘ (2010), Black Adam faces the awesome power of Hawkman in his quest for Isis’ Amulet in order to resurrect Isis, his beloved.

8 thoughts on “Battles Of The Week: Hawkman vs Black Adam”