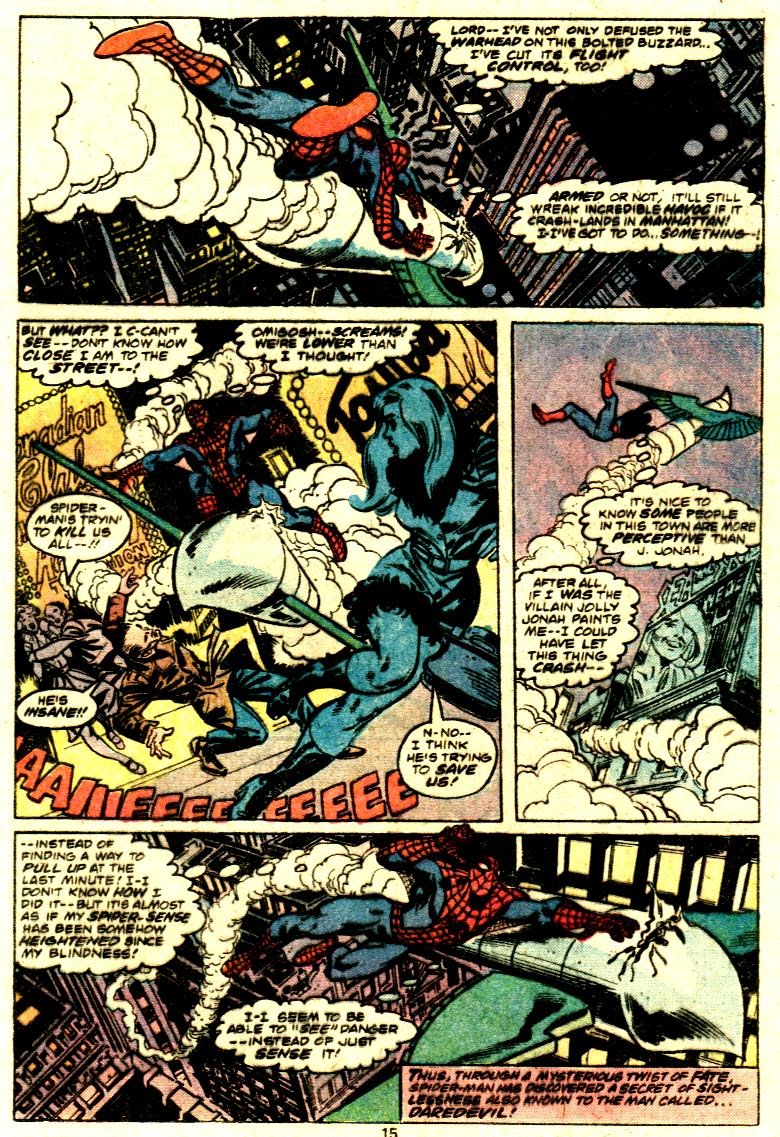 Spider-Man is well known to have the proportionate super powers of a spider. What is Spider-Man’s spider-sense?

In ‘Amazing Fantasy’ (1962) #15, a young and wimpy high school student from Midtown High named Peter Parker got bitten by a radioactive spider at the General Techtronics Corporation. The spider had gotten in a radiation test demonstrating the safe handling of nuclear materials.

The spider’s venom mutated Peter’s DNA and caused him to have the proportionate super powers of a spider such as strength, speed, agility and a spider-sense.

Spider-Man’s spider-sense remains his most uncanny super power. It is a form of precognition that warns the hero of incoming danger several hundreds of a second in advance. To note, they are a form of adaptation of the ‘fight or flight’ response that allow the hero to respond instinctively to incoming danger with reflexes of speed, agility and strength. In that sense, they are Spider-Man’s most primal connection to the Web of Life and Destiny.

Spider-Sense: Spider-Man possesses a precognitive danger or “spider” sense which warns him of potential or immediate danger by the manifestation of a tingling sensation in the back of his skull, and links with his superhuman kinesthetics, enabling him to evade most any injuries unless he cognitively overrides his automatic reflexes. The precise nature of this sense is unknown, though the Master Weaver states it is enabled by his connection to the Web of Life and Destiny.[282]

Moreover, Spider-Man’s spider sense allows to react by reflexes even when stunned or asleep. In that sense, the spider-sense is an adaptation that is a form of primal survival mechanism, that already heightens his ‘fight or flight’ reflexes.

It appears to be a simultaneous clairvoyant response to a wide variety of phenomena (everything from falling safes to speeding bullets to thrown punches), which has given several hundredths of a second warning, which is sufficient time for his reflexes to allow him to avoid injury. The sense also can create a general response on the order of several minutes: he cannot discern the nature of the threat by the sensation. He can, however, discern the severity of the danger by the strength of his response to it. Spider-Man’s spider-sense is directional and can guide him to or away from hidden weapons and enemies. Sudden and extreme threats can cause his spider-sense to react with painful intensity. Spider-Man can also sense and dodge attacks directed randomly or by artificial intelligence. Using his spider-sense to time his enhanced reflexes, Spider-Man can casually dodge attacks up to and including automatic-weapons fire, provided there is sufficient distance. His spider-sense is sufficiently well-linked to his reflexes to the point that a threat can trigger them even when Spider-Man is asleep or stunned. His spider-sense has helped him preserve his secret identity since it alerts him to observers or cameras when changing into or out of his costume.

Let’s look at examples in battles where Spider-Man uses his spider-sense for defensive and offensive purposes.

OFFENSIVE: IN ‘PETER PARKER, SPECTACULAR SPIDER-MAN’ (1979) #28, A BLIND SPIDER-MAN USES HIS SPIDER-SENSE LIKE A RADAR IN ORDER TO SEE A BIRDDROID AND PREVENT IT FROM EXPLODING

At that moment, the BirdDroid does a nosedive. With seconds to spare, Spider-Man rips the power source which explodes. Then, his precognition super power heightens.

Spider-Man begins to use his spider-sense as a radar sense to see the people below and guide the BirdDroid. Spider-Man can “‘see’ danger –instead of just sense it!”1

Spider-Man manages to guide the BirdDroid and land it in Central Park. As he falls of the H bomb, he lands in Central Park and begins to notice the smell of trees and grass. Unfortunately, he is roused by the threatening voice of a police officer telling him to “freeze, wall-crawler!” Spider-Man radar sense is heightened and he seems to be able to pinpoint their positions from their heartbeats.

DEFENSIVE: IN ‘AMAZING SPIDER-MAN’ (2012) #690, SPIDER-MAN USES HIS SPIDER-SENSE TO DODGE MORBIUS’ BEHIND THE BACK ATTACK

Madame Web warns that something is about to happen at Horizon Labs where he works that is going to change his destiny with ruin and despair.

FEAT OF THE DAY: IN ‘MARVEL KNIGHTS: SPIDER-MAN’ (2013) #2, THE SPIDER-SENSE RUNS THROUGH THE DIFFERENT BATTLE SCENARIOS, BUZZING THE BAD ONES AND SILENT ON THE GOOD ONES

1 thought on “Super Power: Spider-Man’s Spider-Sense Is Precognition, A ‘Fight Or Flight’ Response That Warns The Hero Of Danger”