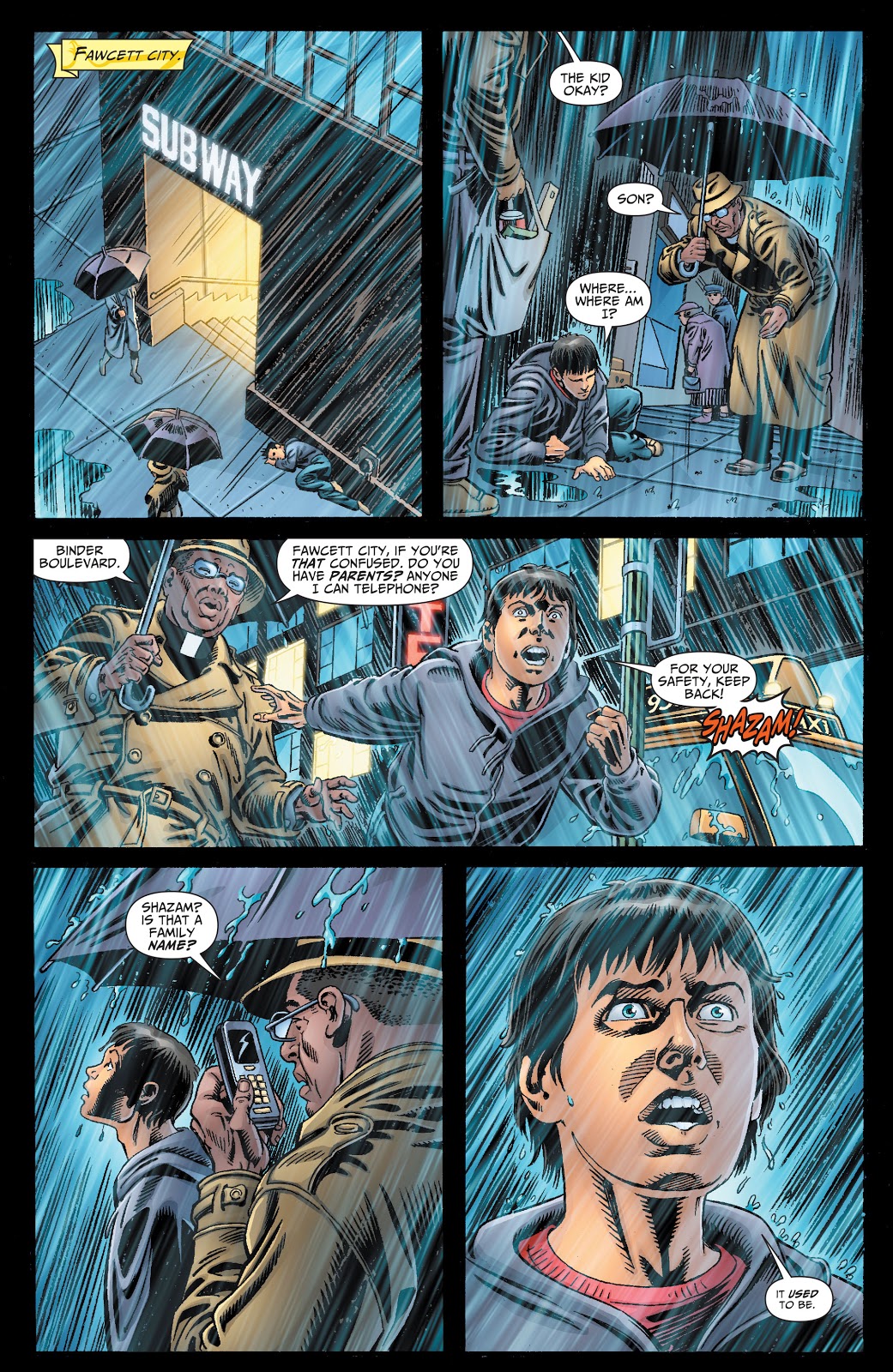 In ‘Justice Society Of America’ (2009) #23, the JSA holds a meeting after the recent events. The elder members disapprove of the other members behavior during their battle with Gog and feel he should take a leave of absence.

Enraged, Hawkman vociferates he is a founding member of the JSA. He says the elders’ righteousness does not get results and decides to quit the JSA. Alan Scott tries to intervene but Flash says “Hawkman always returns.”

At the Tower of Fate, Felix Faust possesses the body of Isis. He brought her back at the Tower of Fate and notices, however, that Isis’ bond with the Earth has been creating Isis flowers in order to contact Black Adam. As Felix Faust looks for the Scarab, Black Adam storms into the room. He holds Faust by the throat and threatens to rip his larynx out of it, unless he returns Isis to him.

Faust undoes the mindless spell and Isis returns to her senses. Faust looks for the Scarab but Black Adam steps on his right hand when he finds it. With the Scarab and Isis’ Amulet, Faust had been able to control Isis and dupe Black Adam. Isis orders Faust to return the Amulet, he does. Black Adam intends to take Faust’s head to his throne. But Isis goes for his lower body.

A FAN OF THIS STORY? CLICK ON “Justice Society of America (2007-2011): Black Adam and Isis” BELOW TO PURCHASE THE COMIC ON AMAZON.

BILLY BATSON CAN NO LONGER SAY THE MAGIC WORD

At the Bromfield residence, Billy summons Freddy Freeman, the current Captain Marvel. However, it is the JSA that answers his summons. They say they received a distress signal from Captain Marvel from the location. Wildcat wants to interrogate Billy with a beating. However, Stargirl intervenes and tells Billy not to tell them his secret. With courage, Billy reveals his codename, he is Captain Marvel, leader of the Marvel family. At the Rock of Eternity, Black Adam and Isis offer Mary Marvel to join the Marvel family.

4 thoughts on “DC Day: In “The Power Of Shazam,” Billy Batson Can No Longer Say The Magic Word”