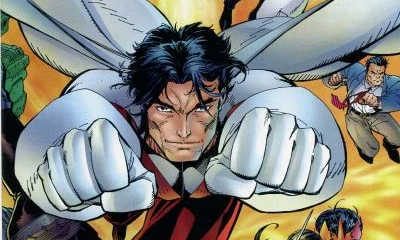 In the Wildstorm universe, the WildC.A.T.s. are the Earth’s original super-team. Previously, assembled as Team One, they have gone through multiple incarnations. In their different versions, two members have remained providing the team leadership in times of crisis: Spartan and Mister Majestic.

In Team One: WildC.A.T.s. (1995), the U.S. government recruits John Colt, Mister Majestic, Regiment, Mason, Think Tank, Isaiah King and Slay as Team One. Their objective is to fight Daemonites as Unidentified Life-Forms (ULFs). During their first mission, Colt leads an untrained Team One against Helspont and his cult. Disastrously, they fail to stop the launch of a missile silo on New York City. Though Colt failed in his leadership, he remained the team’s leader when WildC.A.T.s. assembled.

8. SPARTAN BECAME THE LEADER OF THE WILDC.A.T.s.

When the Kherubim-Daemonite war erupted, Spartan assembled the WildC.A.T.s. In WildC.A.T.s.: Covert Action Teams (1992) #1, Spartan led the team in an explosive issue against the Cabal. As a synthoid created from John Colt, Spartan was the team’s logical choice to lead on covert missions. Though he continued to doubt his legitimacy over his android nature.

In WildC.A.T.s: Covert Action Teams (1994) #11, Savant recruits Mister Majestic to the WildC.A.T.s. When the team is attacked by Troika, Savant travels to the Arctic. There, at Mister Majestic’s energy barrier, she asks to meet him to help Zealot. In order to help his friend Zealot and his daughter Savant, Mister Majestic joins the team after some hesitation about his past failures.

A FAN OF THE WILDSTORM UNIVERSE AT YOUR LOCAL COMIC SHOP OR LIBRARY TO ENTERTAIN YOURSELF ABOUT #THEWORLDSGREATESTHEROES? TO #CELEBRATECOMICCON, CLICK ON BUY ON AMAZON TO COLLECT THE JAMES ROBINSON’S TEAM ONE: WILDC.A.T.S. #1 AND #2 (SE OF TWO COMICS) COMIC TO BECOME THE GREATEST WILDC.A.T.S. FAN.

6. SPARTAN’S PAST ROMANCES CONFLICT HIM

Because Spartan has gone through multiple upgrades, he has trouble understanding human emotion. In Gang War, the original WildC.A.T.s. return to Earth. There, they find that Mister Majestic has become the Earth-team’s leader. Also, Spartan has to deal with his identity and finding out who he really is.

In Gang War, Mister Majestic emerges as the team’s leader. At the start of WildC.A.T.s: Covert Action Teams #28, Spartan refuses to accompany Ladytron and Condition Red to the local bar. In fact, we learn his warrior code prevents him from engaging in sexual activity. In World’s End, we see that circumstances can allow him to seek companionship in order to continue the Kheran race.

Certainly, as a synthoid, Spartan possesses a highly advanced bio-android body. Among his many abilities is technopathy. In WildC.A.T.s: Covert Action Teams #6, Spartan is able to use his android mind to reconstruct a fight from heat signatures left by the combatants. Later, he uses repurposed tehnology to invent HALO cars that run on infinite battery. Visit  Wildstorm Universe ’97 (1996) #1 for the source book file on his powers.

Powerfully, Mister Majestic is the WildC.A.T.s.’ most powerful member. Indeed, he has tussled with Captain Atom, Helspont and even Electric Blue Superman. In Gang War, the poster boy incinerates Kaizen and Tao with his eyebeams with a kill count of two villIains and six zombots.

Perhaps, one of Spartan’s greatest quality is his logical mind and his ability to debate difficult questions. In Captain Atom: Armageddon, the WildC.A.T.s. and the Authority debate over whether to kill Captain Atom. Since he comes from a parallel universe, their computer simulations have determined that his nuclear powers can start a chain reaction that will destroy the Wildstorm universe. But Spartan cautions the Authority over taking any lethal action without additional information. 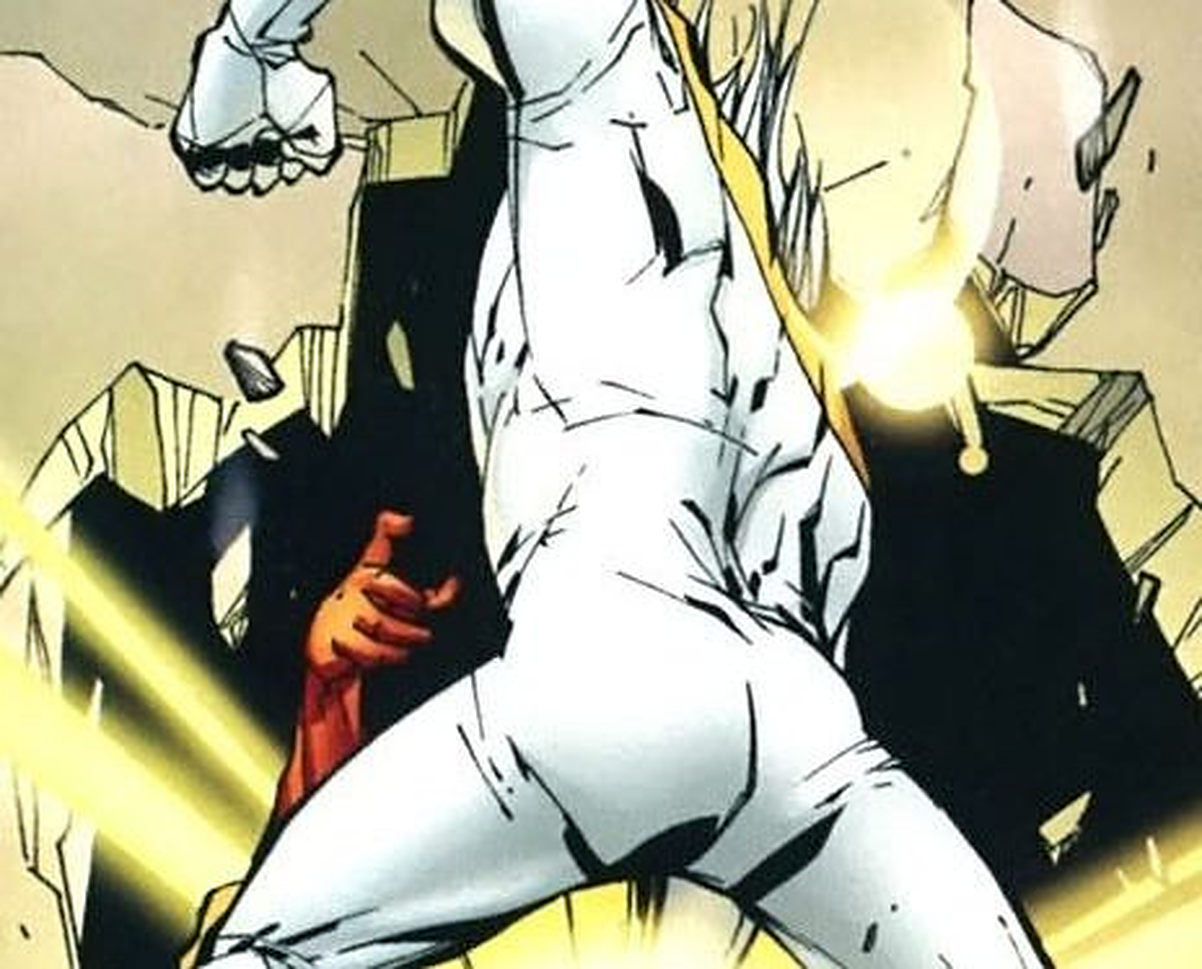 Shopping for a science fair gift to entertain The Kid Superhero in real life in the JLA? To #collectabattle, click on Buy On Amazon to collect Captain Atom: Armageddon #8 and become The Most Powerful Hero in the JLA. Visit our product review to find why the comic was important for the Wildstorm Universe.

The battle to decide who is the strongest! Toggle Apollo’s Negative Damage under our Damage Points to find out the power of the sun.

One of the most disastrous events in Wildstorm history. Gift this graphic novel to your family and friends on the occasions of science fairs and festivals. Available on Amazon.

Written by Will Pfeifer. Illustrated by Giuseppe Camuncoli. With last issue’s shocking revelation, it’s Captain Atom versus the Authority in a no-holds-barred battle! Nikola, whose manifestation of Void’s powers is nearly complete, enters the fray with Grifter in tow. But whose side is she on?

Critically, Captain Atom: Armageddon #8 begins one of the most catastrophic events in Wildstorm history. Summarily, the comic starts the chain reaction towards the destruction of the Wildstorm Universe.

Storywise, Will Pfeifer writes one of the most powerful moments in the series. Meanwhile, Giuseppe Camuncoli excels at revealing the brutality of the Authority. Don’t miss Grifter’s cameo! Moreover, Apollo vs Captain Atom to the death.

Certainly, this is an event you do not want to miss. Indeed, share this comic to fans of the Authority and on the occasions of science fairs. Definitely, it is worth its price and will leave you wanting for more Apollo! And Midnighter!

The Kindle and Comixology formats are available.

This comic showcases “Captain Atom: Armageddon #8.” One good feature of this graphic novel is that it is available in comic format. It is published by DC Comics/Wildstorm.

The comic is excellent for your collection. You will definitely love Camuncoli’s five panel layout and the emphasis on explosive action. This is the comic to own in order to build your single issue collection.

This product has no reviews.

Overall, this graphic novel was great.

I recommend this comic as the penultimate issue to one of the most disastrous events in Wildstorm history.