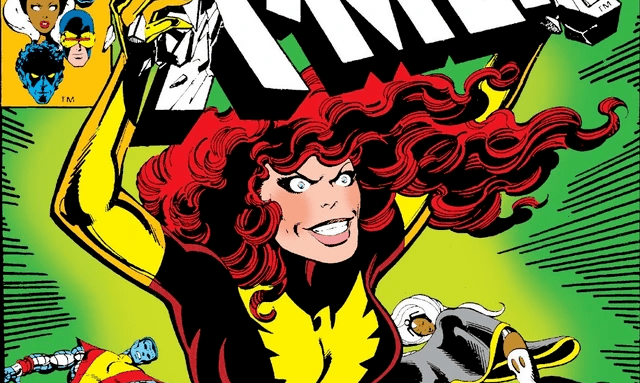 To begin, the X-Men have been captured in space by an alien giant insect-like race called the Brood for certainly gruesome reasons. Story-wise, “The Brood Saga” progresses quickly through dreams, flashbacks and moments of introspection for its true leader, Wolverine. When the animal-man is faced with a fight against evolution, he enters a berseker rage. Terribly, Wolverine must face the Brood alone or succumb to their ovoviviparous breeding.

In a sense, the storyline is a commentary on the popularity of sci-fi movies such as Alien in the decade. As a critique, it is importantly a coming-of-age story about teenage years and coming to terms with a hostile world. Certainly, this was the turning point in X-Men continuity portraying them as outcasts and warriors. Moreover, the arc features the wondrous first appearance of Captain Marvel as Binary.

Definitely, this story is essential reading and belongs in your X-Men collection.

A FAN OF CHRIS CLAREMONT’S X-MEN? CLICK ON ESSENTIAL X-MEN, VOL. 4 (MARVEL ESSENTIALS) BELOW TO PURCHASE THE PAPERBACK ON AMAZON.

In 1980, CBG Fan-winning writer Chris Claremont and legendary artist John Byrne collaborated on Days of Future Past. Brilliantly, the work is a masterful illustration of the X-Men, as the future of human evolution.

In an alternate future, the mutant population has been exterminated as well as the superhumans on Earth-811. On Halloween 1980, Senator Kelly, Charles Xavier and Moira McTaggert were assassinated by the Brotherhood of Evil Mutants in Washington D.C. After, the Sentinel Program is re-activated to exterminate mutants. Now, it’s up to Kate Pryde, Storm, Colossus and Wolverine to change the past.

In some sense, the story reveals a last effort to time travel to alter the past and change the future. For its part, Byrne’s art captures the urgency of the moment. Though the subject matter is serious and dark, Byrne’s art features colorful panels and expressive faces.

To sum, what makes Days Of Future Past work is the heroism of its characters despite the dystopian trope. In addition, it was significant for the merging of Kate Pryde into the prime Marvel timeline and her founding membership of Excalibur. In addition, it has been adapted into the movie X-Men: Days of Future Past.

Definitely, this storyline is a classic X-Men story. Indeed, fans of Chris Claremont will love the political intrigue as well as the advanced warfare.

A FAN OF CHRIS CLAREMONT’S X-MEN? CLICK ON X-MEN: DAYS OF FUTURE PAST BELOW TO BUY THE PAPERBACK COMIC ON AMAZON.

In 10 Best X-Men Stories Of The 80s, David Harth ranks Dark Phoenix Saga as the best X-Men story of all-time. Though, it is the general consensus among critics, the saga has not received the impact on general audiences that the storylines at the top have had.

Certainly, Dark Phoenix Saga is the most important story and every X-Men storyline since then owes its popularity to the love story. In some respects, the X-Men became men and women in the duel against the Shi’ar Imperial Guard. At the same time, the storyline mired X-Men comics in excessive melodrama involving Scott Summers and his marriage to Jean Grey’s clone.

A few words about the art. For his part, John Byrne’s art is certainly at its best. In fact, the iconic cover of X-Men (1980) #136, created a popular sensation. And Byrne draws the characters’ physiques in distinctive designs and colors. Perhaps, one of the most beautifully-illustrated comics of all-time.

Definitely, the storyline is certainly a must-have for your comic collection, with a blend of adventure, action, drama and sci-fi themes.

A FAN OF CHRIS CLAREMONT’S X-MEN? CLICK ON X-MEN: THE DARK PHOENIX SAGA BELOW TO BUY THE PAPERBACK COMIC ON AMAZON.

In many respects, “Welcome To Mojoworld,” is the worst X-Men story of the 1980s. Importantly, the evil villain called Mojo first appears in Longshot (1985) #3. Perhaps, a transition to the 1990s’ more extreme but loose storytelling.

To sum, Mojo rules the Mojoverse, a realm where citizens are either forced to watch television or participate in violent battles. Really, a villain with base motivations. At Screenrant, the story makes the list of X-Men: The 10 Weirdest Comic Book Arcs.

On this list, this story arc is one of the worst X-Men story arcs.

VULCAN IS AN OMEGA-LEVEL MUTANT

In the Modern Age, Vulcan debuted. Simply, he is the brother of Scott and Alex Summers. Strangely, he is a product of both science and institutional slavery. Early, Corsair and pregnant Katherine Summers were abducted by D’Ken, ruler of the Shi’ar Empire. To save both mother and child, Corsair escaped. However, Katherine was killed though the child survived.

Forcibly, the child was removed from her body and grown in an Incubator-Accelerator. To this end, the device was used to breed new slaves to adolescence. Send to Earth to join the Emperor’s hand on Earth, the teenager escaped. There, he was found by Moira McTaggart. Soon, she would educate him on his powers.

Unfortunately, the teenager had no recollection of his past. In fact, he claimed to be Gabriel though he took the codename Kid Vulcan. After an encounter with Professor X, Gabriel learned he was Cyclops’ brother. Soon, he joined the X-Men. Along with Moira’s students; namely, Petra, Darwin and Sway they embarked on mission to rescue the original X-Men from Krakoa. Though the X-Men were rescued, there was a price. In fact, Gabriel and members of his team apparently died.

After the apparent deaths of the team, Cyclops returned to Professor Xavier in a hysterical state, blaming himself for their deaths. The Professor decided it was best for all involved if he altered Scott’s memories to forget about Vulcan and his team, to spare everyone the agony of their loss. A new team was assembled and successfully rescued the original X-Men from Krakoa.

Vulcan and Darwin were launched into space along with the Krakoa landmass by Polaris and remained inert until years later, when the massive backlash of power resulting from M-Day awakened Vulcan.

WHY HE IS AN OMEGA-LEVEL MUTANT

In X-Men: Deadly Genesis (2005) #1, Vulcan returns to Earth. In an attempt to locate Professor X missing after House of M, Emma Frost uses Cerebra. Surprisingly, she locates an omega-level mutant and a NASA space-shuttle in re-entry on Earth. Definitely, since Cerebra has been used to identify mutant signatures, it is an indication of Vulcan’s overall power level.

OVERPOWERED, VULCAN HAS POWER OVER THE ENTIRE EM SPECTRUM

Among Vulcan’s powers are vast energy projection and manipulation, energy absorption, flight at subluminal speed, super strength, energy constructs and telekinesis, power suppression, energy detection and regeneration. In fact, Vulcan possesses these powers at least at a Stellar-Level. Later, we will see what happens when his powers are unleashed against alien races in conquest.

In X-Men: Deadly Genesis, Professor X states Vulcan is actually one of the most powerful mutants. On Earth, Vulcan meets the X-Men for the first time. In their last battle, the villain is able to take on the X-Men team. Including withstand an all-out Cyclops’ optic blasts and an uppercut from Colossus. In the end, Vulcan ends the fights with a wholesale electric blast that shocks the X-Men.

During Rise and Fall of The Shi’ar Empire, Gabriel proves he is #TheMostPowerfulMutant. Through planning, study, deceit and superior power, Vulcan becomes D’Ken’s second in command. Soon, he captures Professor X to avenge the telepath’s deception early on.

On the M’Kraan Crystal’s homeworld, Professor X is imprisoned. On the day of his wedding to Deathbird, Emperor D’Ken plans to execute the Professor. But not if the X-Men and the Starjammers can do anything about it. In a civil war, the Shi’ar Empire is divided between D’Ken and Lilandra factions. When the X-Men arrive, they side with Lilandra.

However, after dealing with Charles Xavier, Vulcan actually betrays Emperor D’Ken. In a powerful blast, he incinerates the Emperor’s face. Then, by right of blood, combat and succession, he crowns himself Shi’ar Emperor. Really, a powerful statement!

A FAN OF VULCAN? CLICK ON Uncanny X-Men: The Rise and Fall of the Shi’ar Empire BELOW TO BUY THE PAPERBACK COMIC ON AMAZON.

WHY VULCAN IS AN OVERPOWERED BEING

HIS TELEPATHY CAN AFFECT CURRENT IN THE BRAIN

In X-Men: Deadly Genesis (2005) #2, Vulcan proves his telepathy can affect physical systems. Notably, Rachel Summers as Marvel Girl, is one of the most powerful psionics in Marvel. At full potential, she can tap into the Phoenix Force. In the issue, Vulcan was able to stop current in her brain, effectively turning off her telepathy.

Since Rachel Summers has seemingly infinite telepathic potential, the feat is likely Infinite in Energy Projection.

During the battle, both kings appear evenly matched. On the ropes, Black Bolt unleashes his sonic scream at point-blank range. As a result, Vulcan’s skin is burned to a crisp.

Before Black Bolt can be teleported, the T-Bomb explodes. In its place, is a rift in space-time called the Fault.

VULCAN IS SO POWERFUL HE OVERLOADS CEREBRA, KNOCKING OUT EMMA FROST

Since Cerebra can locate the mutants on Earth, it can indicate Vulcan’s power level. If at the time, there were 198 mutants, we can state that the Energy Projection required to overload Cerebra is Planetary-Level. Since Vulcan is an Omega-Level mutant, it is likely that his Energy Projection in X-Men: Deadly Genesis is at least Multi-Planetary or Stellar.

Because of Gabriel’s mastery of the EM spectrum, we can assume he has the potential for an Infinite-Level of Energy Projection. In fact, due to the requirement for infinite mass in order to reach the speed of light.

In the story arc, Vulcan takes on Gladiator and the Shi’ar Imperial Guard. To this end, he plans to take down the Shi’ar Empire in order to avenge himself. In fact, the fight shows why Gabriel is such a dangerous foe. Indeed, his combination of ruthlessness, strategy, energy projection and durability prove more than a match for the Guard. However, when the mutant meets Gladiator, the battle soon turns around to the Imperial Guard’s favor.

Round 1: Match-Up #35, we have Batman alias Bruce Wayne vs Cyclops alias Scott Summers. 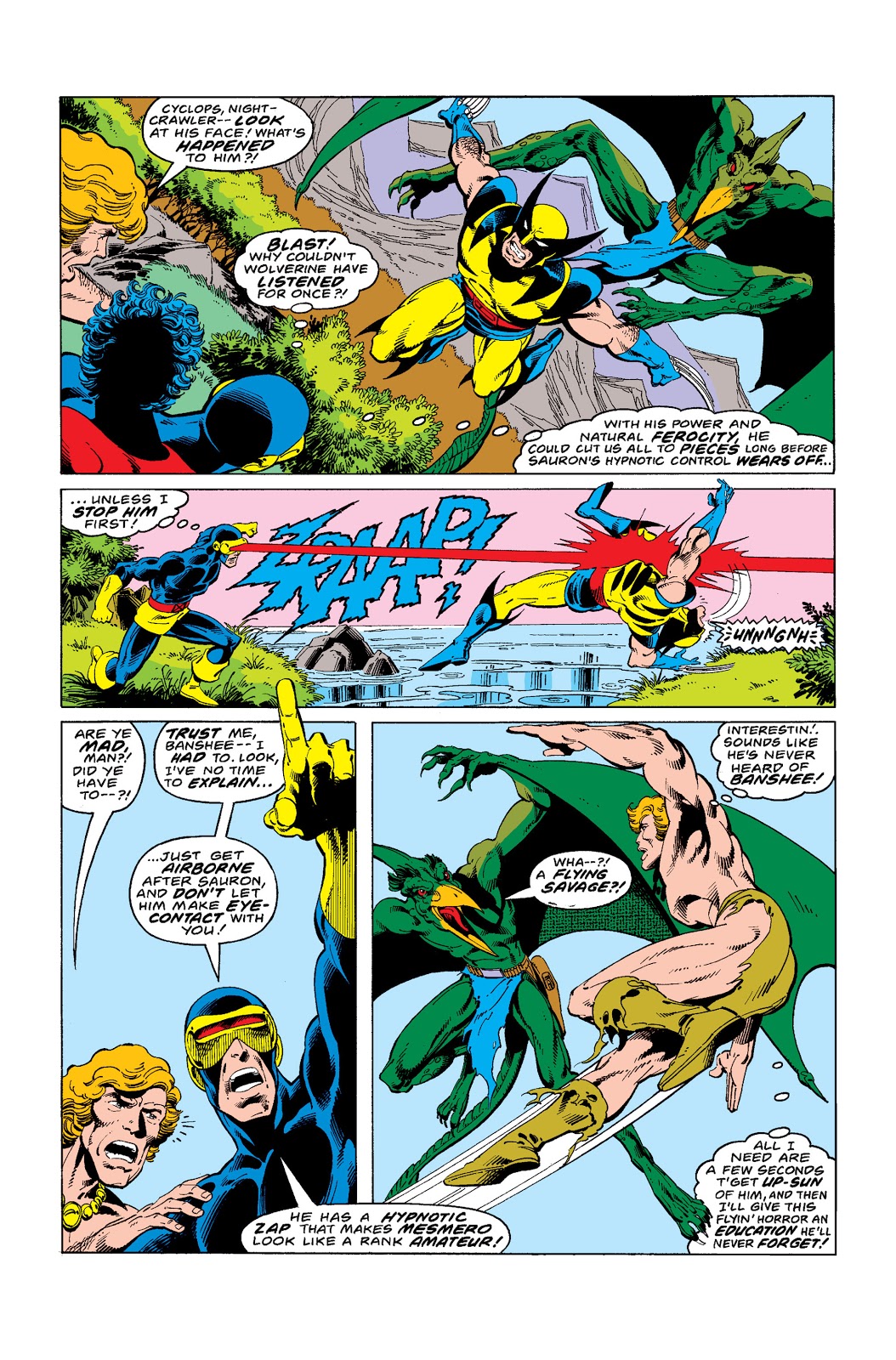 In ‘Uncanny X-Men’ (1978) #115, titled “Visions of Death!”, Cyclops performs an energy projection feat. The human-pteranodon hybrid super-villain named Sauron puts Wolverine under hypnotic control to attack Cyclops and Nightcrawler while Storm lies on the floor unconscious. During the fight, Cyclops knocks out Wolverine with an optic blast.

How much energy projection does it take for Cyclops to knock out Wolverine with an optic blast?