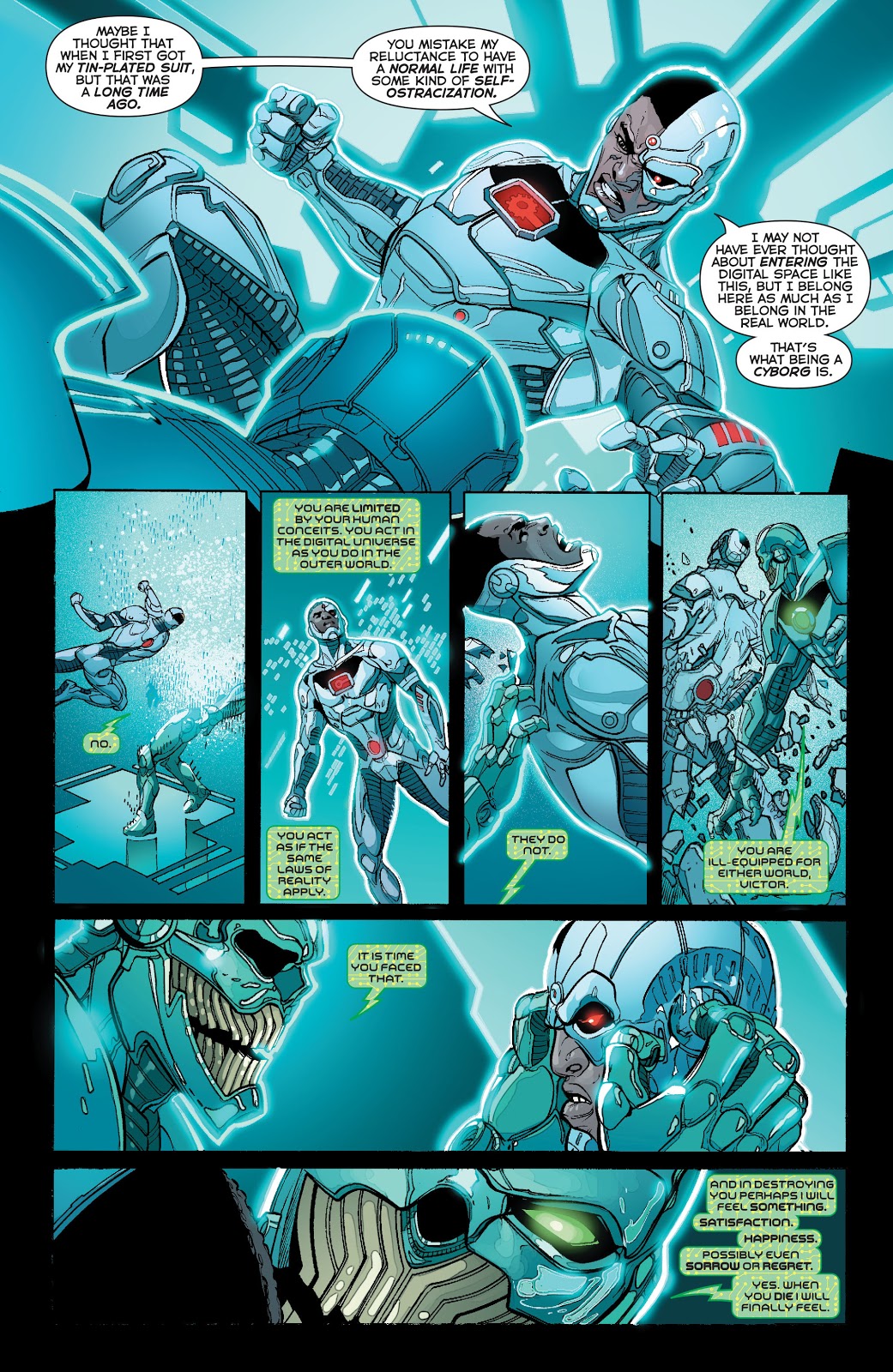 Shopping for a science fair gift? To #collectabattle, click on Justice League Vol. 5: Forever Heroes (The New 52) (Justice League: the New 52) to buy on Amazon. Visit our product review.

Cyborg convinces Dr. Magnus to re-activate the damaged Metal Men. The objective is to take on Grid who has taken over the Internet. Grid a sentient virus implanted in Cyborg that became alive and separated from Cyborg, forming a new cybernetic being.

Cyborg, Dr. Magnus and the Metal Men attack Grid near Happy Harbor. During the battle, Cyborg takes on Grid in a battle that warps reality!

Enter the two contestants near Happy Harbor, Rhode Island. On the left side is Cyborg and on the right side is Grid.

CHECK OUT THE ACTION: SUPERBOY VS SUPERBOY-PRIME (HERO VS VILLAIN).

Cyborg, Dr. Magnus and the Metal Men attack Grid near Happy Harbor. Grid retaliates with the Secret Society. After the death of Mercury, the battle is on between Cyborg and Grid.

The battle to decide who is the true cyborg!

A FAN OF CYBORG AND DC COMICS? SUBSCRIBE TO OUR NEWSLETTER TO RECEIVE THE LATEST POSTS ON YOUR FAVORITE DC HEROES.

‘DC Comics Presents’ (1980) #26, titled “Where Nightmares Begin”, marks the first appearance of Cyborg in DC continuity. Robin arrives on the scene of a terrorist siege at S.T.A.R. Labs. Before Robin can act, his future teammates Cyborg, Raven and Starfire appear to him in a vision at Titans Tower. At the end of the issue, it is revealed Raven gave Robin a vision of the future.

The issue was created by Jim Starlin and Marv Wolfman.

NEXT BATTLE OF THE WEEK: BLACK PANTHER VS IRON FIST. MAY 18TH. 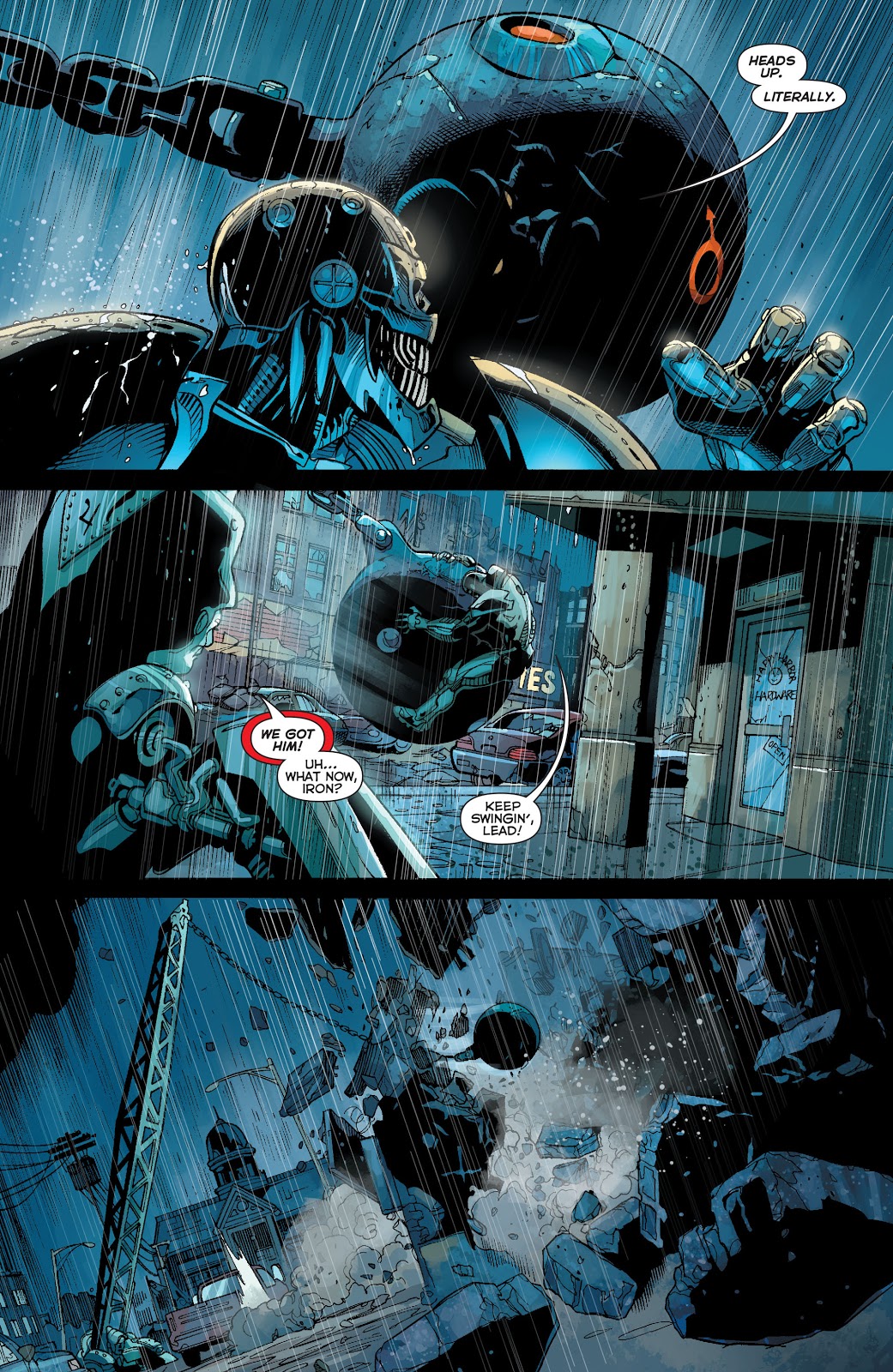 CYBORG SETS A TRAP FOR GRID

Grid notices Cyborg has taken over his communications. Cyborg says Grid is wondering how he survived. To which Grid responds, Cyborg was built a new body and he knows where Cyborg is.

Cyborg sets the trap since he is counting on his team and asks Grid to “come and get me.”1 Grid accepts the challenge.

THE METAL MEN CAN’T BE DETECTED BY GRID, SINCE THEY ARE OFFLINE

Grid seeks Cyborg in an empty street near Happy Harbor. When Grid says Cyborg is hiding, Cyborg appears and says he is not. Grid then states he thought he was rid of Cyborg as he attacks Cyborg with a blast. As Cyborg evades the attack, he notes Grid can’t see the Metal Men. At that moment, Iron attacks Grid with a wrecking ball. The battle is on.

Grid gets wrecked through buildings and houses. Lead is directing the attack and asks Dr. Magnus for orders. He tells Lead and Iron to keep hitting Grid. Grid recovers and says he has identified Dr. Magnus’ voice. Iron responds with a direct attack by slamming Grid through a car.

As Grid recovers again, Mercury appears. Since Mercury “is the only metal that’s liquid at room temperature”, he attempts to enter Grid’s gears and melt them.2 The attack fails and Grid incinerates Mercury.

Grid notes the androids are inferior and that they feel. He identifies the source of their feelings to their responsometer and removes Mercury’s responsometer. At that moment, Grid summons the Secret Society. 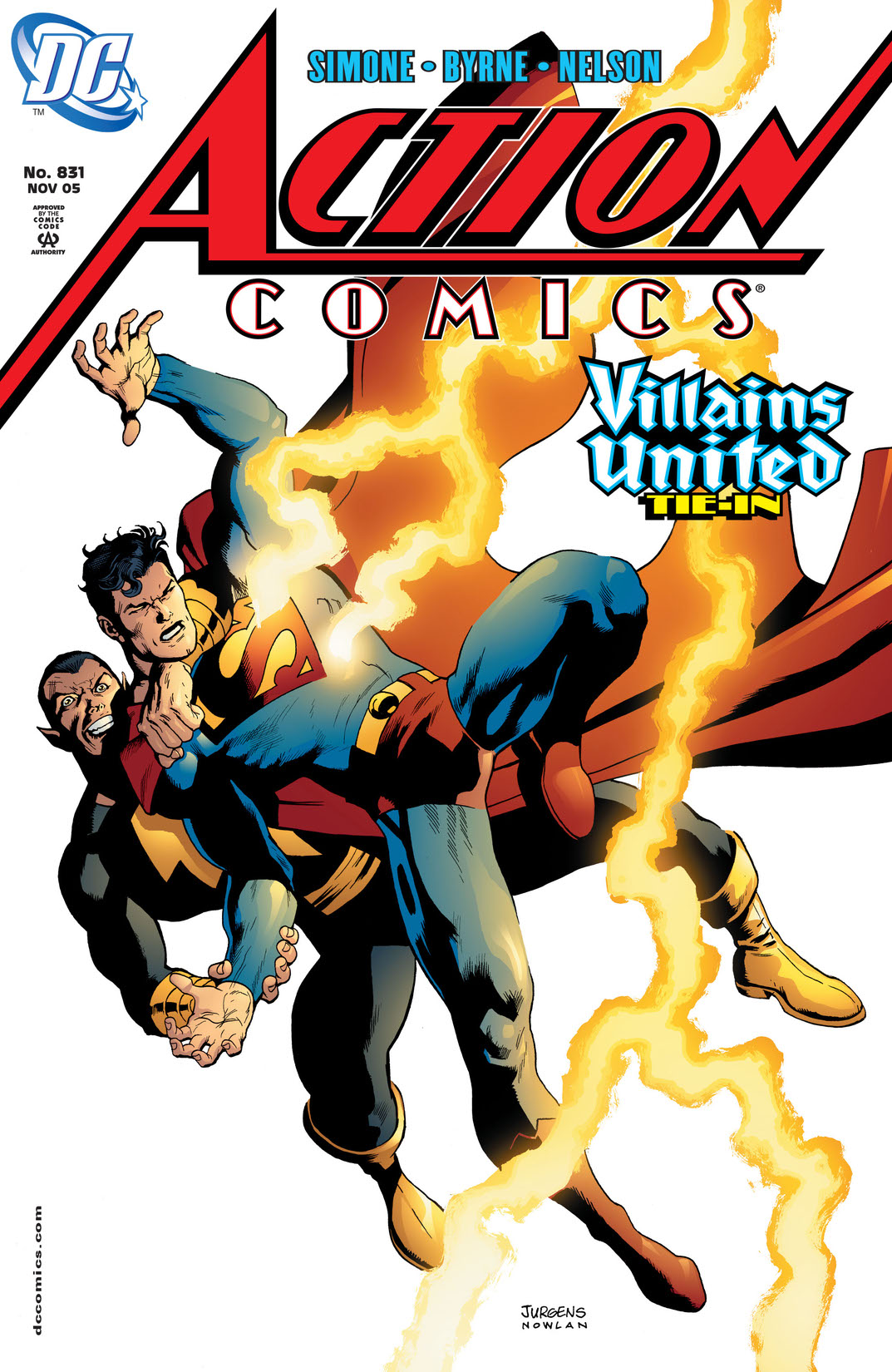 Today, we talk about a battle of epic proportions! The Man of Steel has faced overwhelming foes over his superhero life. Let’s take a look and examine a battle that is sure to rock the Earth and crack the moon! I am talking about a battle royale between Superman and Black Adam. Can the Last Son of Krypton defeat the former Champion of the Egyptian gods?

In ‘Action Comics #831‘ (2005), Superman confronts Black Adam over his protection of the villain Doctor Psycho. A battle ensues.

It appears that the Man of Steel and Black Adam are evenly matched in the strength, speed, and endurance departments. Their energy projection is dependable with Superman holding an edge.

In the fight, Superman’s vulnerability to magic does not seem to be put in display. Black Adam holds back due to a simple misunderstanding between the two.

Superman is not holding back. He attacks with “a punch that would have split the moon in half.” Black Adam turns his back. Superman relinquishes the attack!

In the end, Doctor Psycho removes his hold over the citizens of Metropolis. Black Adam promises to punish Doctor Psycho. Superman reveals his knowledge of Black Adam’s formation of the Secret Society of Super-Villains and promises to watch over them.

How do fans feel about the battle? Vote below.