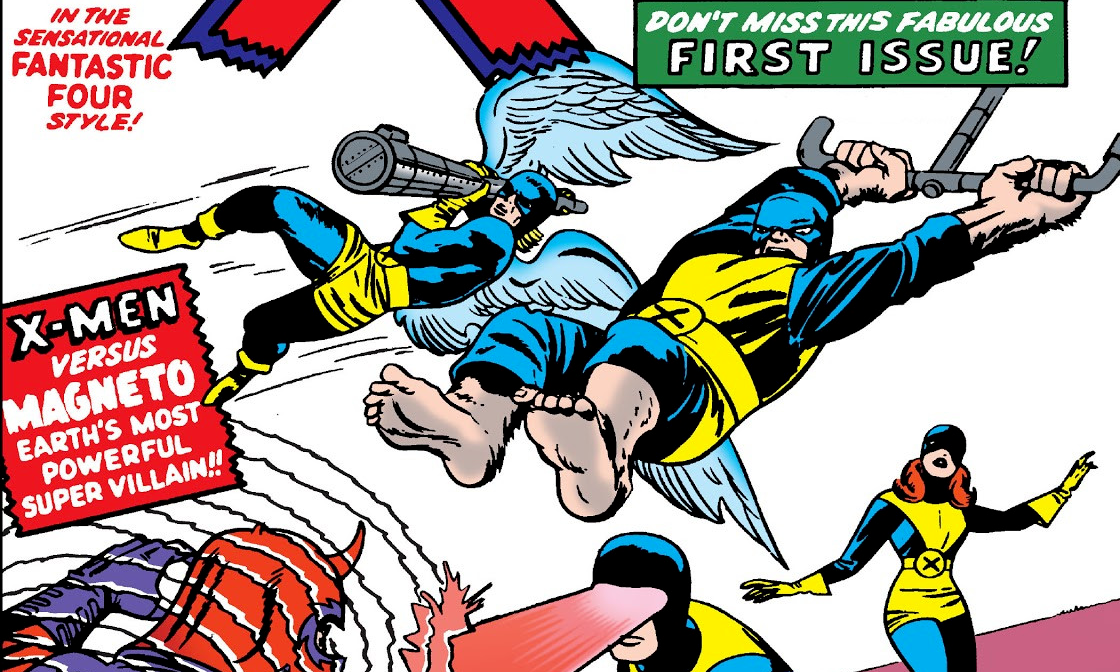 WHAT IS NEW MUTANTS?

New Mutants (2019) is a soft reboot of the young X-Men team. After House of X and Powers of X, the New Mutants settle on their new island home, the mutant nation of Krakoa. There, the original New Mutants meet: Wolfsbane, Karma, Mondo, Magik, Sunspot, Mirage, Cypher and Chamber.

In New Mutants (2019) #1, Sunspot tells Mirage about the Sextant or the six ages of mutants. Let’s explain.

THE FIRST AGE: APOCALYPSE IS THE FIRST MUTANT

Eternals (1976) #2 marks the first appearance of the Celestials in Marvel continuity. The late Jack Kirby is their creator and is thought to have been inspired by Erich von Däniken and his ideas of giant space gods. Initially, it was thought that this race of space gods only created the Eternals and Deviants across the Marvel Universe. In reality, their experiments also led to the creation of mutants on Earth-616.

In addition, the Celestials are responsible for the creation of the mutant race of homo superior. Apocalypse is the first of the second generation of homo superior. Born a slave, he quickly rose to power in Egypt. When he found an alien ship he named the Sphinx, he made first telepathic contact with Eson the Searcher. Swearing allegiance to further evolution, he adopted the ship’s technology to enhance himself and his powers.

In the 20th century, the Earth experienced the first Mutant Boom. In the 1920s, several well-known mutants were born such as Namor and Magneto. Importantly, there were Nazi experimentations on mutants during the Second World War. Magneto came to adulthood and soon became one of the world’s first Omega-Level mutants with his mastery of magnetism. During that century, Professor Xavier was born during that same period. An Alpha-Level telepath, he committed himself to his dream of human-mutant coexistence. After the Korean War, he travelled the world. During an expedition to the Himalayas, Xavier met an alien named Lucifer that dropped a rock on his legs, damaging them. From there, he became paralyzed.

The late Stan Lee created the X-Men in the 1960s. Originally, it was due to large fan mails requesting that he break the solitary superhero trope with a super-team! Importantly, Lee gave his characters a similar condition by giving them mutant powers. When he tried to name them The Merry Mutants, Marvel disagreed due to popular misconceptions. In 1963, X-Men #1 was published with success! And Magneto featured as the team’s first villain.

ONLINE SHOPPING FOR CELEBRATING X-MEN DAY AND MARVEL ENTERTAINMENT AT YOUR LOCAL COMIC SHOP OR LIBRARY IN NEW YORK OR FRANKFURT TO ENTERTAIN YOURSELF ABOUT #THEWORLDSGREATESTHEROES? TO #COLLECTDIGITALLY, CLICK ON THE JONATHAN HICKMAN NEW MUTANTS (2019-) #1 KINDLE & COMIXOLOGY COMIC BELOW TO BUY ON AMAZON AND BECOME THE GREATEST NEW MUTANTS FAN.

The mutant population exploded and increased to millions. When humans became aware of them, tensions rose. Among the mutants, the X-Men fought to preserve the peace. On the other hand, Magneto and his Brotherhood of Evil Mutants believed that mutants should impose their rule on humans. During that period, Dr. Bolivar Trask designed the X-Men’s mortal enemy: the Sentinels! For decades, upgraded versions of these robots hunted and killed mutants.

To protect mutants and promote mutant-human coexistence, Professor Xavier founded the Xavier’s School For Gifted Youngsters. Over the years, other X-Men continued Professor X’s dream such as the Jean Grey Institute For Higher Learning. At the same time, the struggle for recognition and politics derailed their mission. Over the decades, mutants remained persecuted. In the 2010s, writer Rick Remender and artist John Cassaday created the Uncanny Avengers after the success of AvX.

In House of X (2019) #1, Jonathan Hickman ushers in the New Age of the X-Men. With the series on the decline for years, Hickman completely changes the status quo. Now, Magneto declares before the U.N. Council that the island Krakoa is a mutant nation. There, all mutants whether superhero or supervillain are living in coexistence while others are establishing colonies on Mars.

In ‘Rogue & Gambit’ (2018) #1, Rogue and Gambit are sent by Kitty Pryde to Paraiso as an X-Men couple. In summary, mutant couples are disappearing at Paraiso and Rogue and Gambit are sent to investigate. At the beginning of the issue, Rogue is training with the X-Men student body in the Danger Room. Gambit has been called in by Kitty and is sent into the Danger Room by Ororo.

During the training, Gambit saves Rogue from a Sentinel pinning her to the ground. At the end, Gambit and Rogue attempt to reconcile their past feelings. Meanwhile, the X-man is called in by Headmistress Kitty Pryde. She finds out about the mutant disappearances in Paraiso and that Gambit has been called in by Kitty in order to send them both into therapy retreat as an undercover X-Men couple.

In ‘Rogue & Gambit’ (2018) #2, telepathy is again manipulating Rogue’s and Gambit’s feelings for each other. After brain screenings, Anna and Remy have couple therapy with Dr. Grand. Interestingly, they reveal different accounts of their first encounter. Strangely, Rogue only remembers their first encounter as the result of the Shadow King’s telepathic manipulation on Muir Island. Doubtfully, she remembers her feelings for Gambit as the result of the Shadow King’s manipulation and as not being real.

Gambit reveals their first encounter was actually a fight on Muir Island manipulated by the Shadow King. Though Gambit won the fight, it was love at first sight and ended in a kiss. At night, the X-Men couple goes to investigate the Paraiso Island Hospital. They stalk the air ducts and infiltrate the lab. There, they are greeted by a super-powered hit squad and engage them. Accidentally, they find a lab with golems being experimented upon.

ROGUE AND GAMBIT HAVE SEX

CHECK OUT THE STORY: In “Enter The Phoenix”, The Thunder God Attempts To End Gladiatorial Combat But Becomes The Son Of A Monster With A Devastating Origin Story.

A FAN OF THE REST OF THIS STORY? CLICK ON “Rogue & Gambit: Ring of Fire” BELOW TO PURCHASE THE COMIC ON AMAZON.

IN THE FINAL ISSUE, IT’S ROGUE AND GAMBIT VS THE GOLEMS AND LAVISH

In ‘Rogue & Gambit’ (2018) #5, Rogue finds out they can both exchange their super powers and get their memories back at a cost. Indeed, they must live with the memories of the pain they have caused each other. Thus, Rogue decides to absorb the powers and the memories of all the golems and return them to all the other couples on Paraiso Island. In the end, even though their feelings have been tampered with, Rogue decides to be re-united with Gambit. Finally, the X-Men couple shares a kiss. 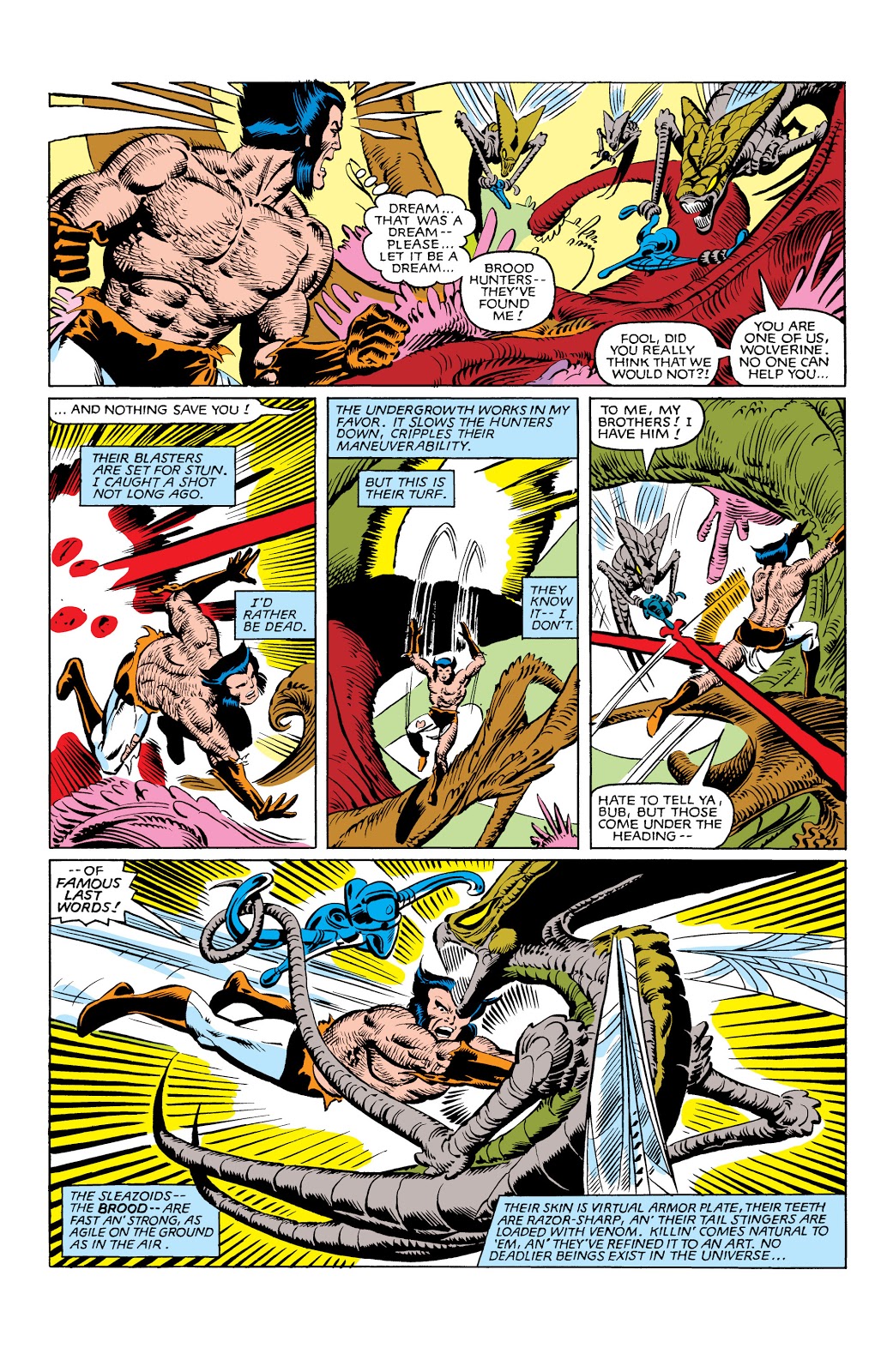 A FIGHT FOR EVOLUTION, WOLVERINE ON THE RUN

CHECK OUT THE STORY: STATIC, YOUR NEIGHBORHOOD BLACK SUPERHERO’S CRACKLING FIRST APPEARANCE IN THE NEW 52.

LOGAN’S DREAM AND A FLASHBACK

Through his escapade, Wolverine experiences flashbacks and a dream. The first one is after a plant blasts him with hallucinogenic pollen. He starts dreaming of being in Japan riding horses with his love, Mariko Yashida. The dream ends when a Brood disintegrates Mariko with a ray.

In the first flashback, Wolverine and the X-Men are on a compliment and farewell party on Lilandra’s ship, the empress of the Shi’ar Empire. The party is actually a trap by Deathbird. The X-Men are taken to the throneworld of the Shi’ar. To congratulate them, each X-Man is given a gift. At Wolverine’s turn, he realizes the doll is actually the Brood Queen granting them the gift. The X-Men are children of the atom, gifted by evolution with uncanny preternatural gifts.

In the second flashback, Wolverine remembers his escapade last night and trying to save Kitty Pryde. Before leaving the palace, Wolverine witnesses a Queen egg hatching within Fang, transforming him into a Brood. He realizes the X-Men have been implanted by the Brood Queen with Brood embryos. That is the gift that the alien species granted to the X-Men: a metamorphosis into an alien species. The struggle to survive is engaged for the survival of homo superior, the next stage in human evolution.

Wolverine awakens from the flashback and forces a Brood to give him a ride to the palace, hopping on it. On the way, he gets ambushed by Brood hunters and soon kills them. At the end of the fight, the Brood embryo hatches. Wolverine fights back with his healing factor killing the embryo illustrating the fact of evolution that only the strong survive. Wolverine awakens at sunrise with the side-effects of the embryo hatch on his body. He heads for the palace. Wolverine vows to kill the X-Men if they have been infected by the Brood embryos.