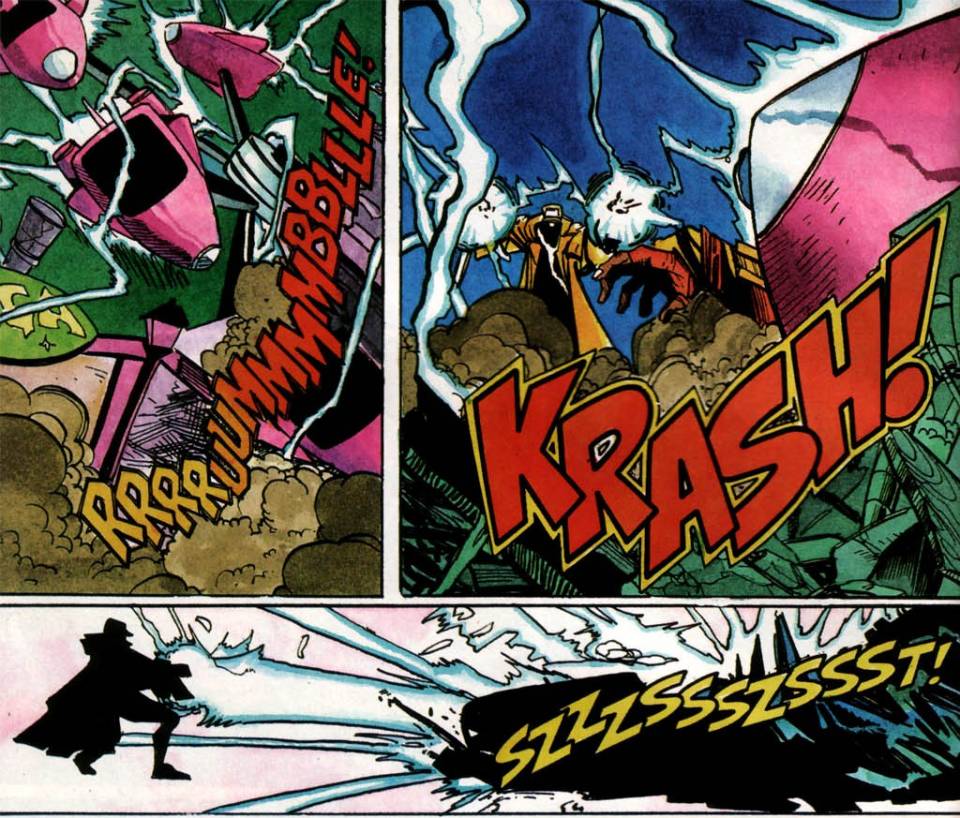 The Bang Baby is related to Static’s origin story.

Static’s alias is Virgil Hawkins. Virgil Hawkins was born and raised in Dakota City. As a teenager, though he was a good student, he was a troubled youth. Virgil was the subject of bullying by Biz Money B. One of his friends, Larry Wade, suggested to end the bullying by attending the Big Bang, a meeting of the the major gangs. During the meeting, the members were exposed to a mysterious toxin, Bang Baby, which granted them all super powers.

Static started a superhero career and would fight alongside the Dusk, Icon and Hardware, against Holocaust and the Terror Titans.

Let’s look at the Bang Baby super power in battle.