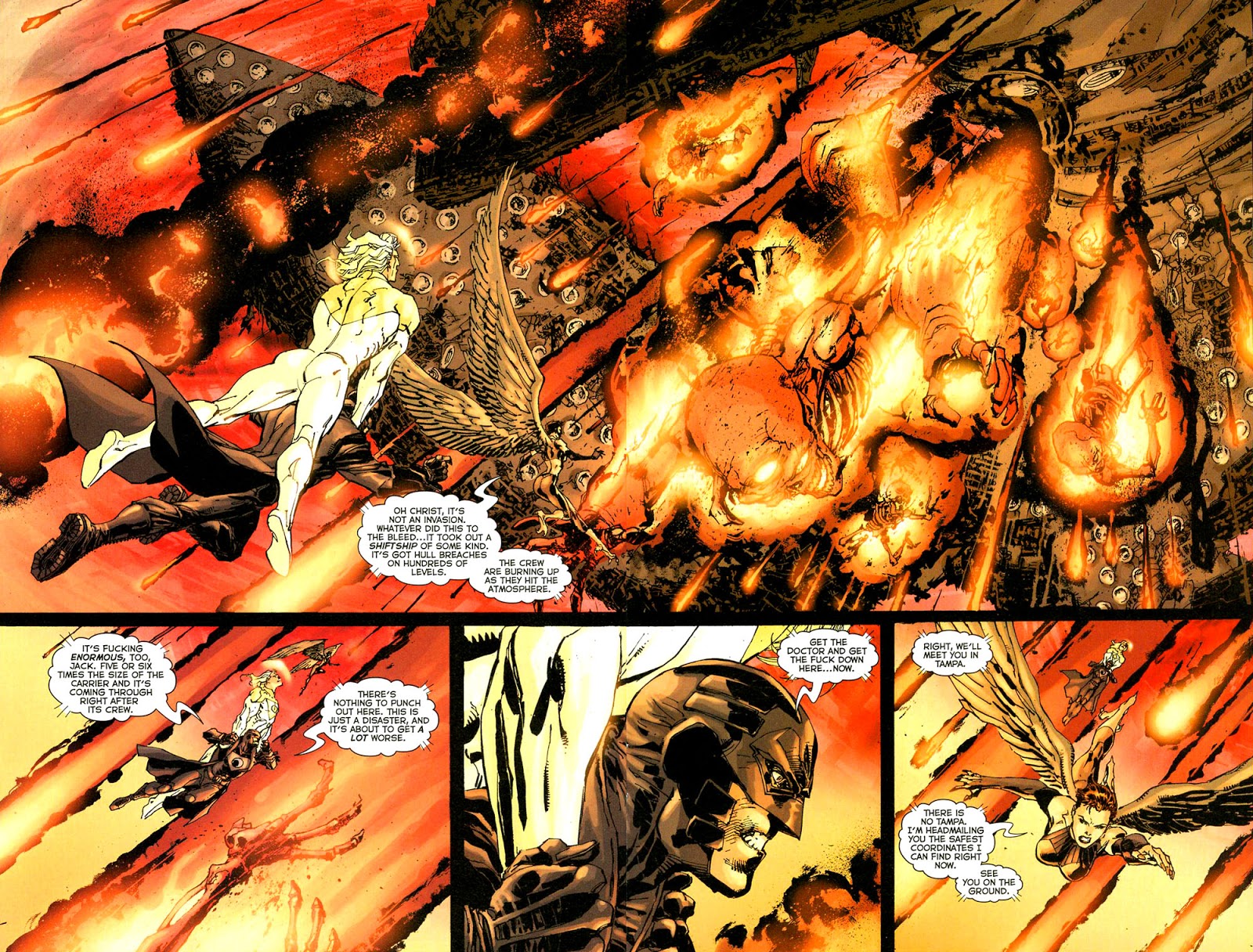 IS APOLLO “FASTER THAN SPEEDING BULLET”?

In ‘Coup D’Etat: The Authority’ (2004) #1, Apollo flies “faster than a speeding bullet.”1 The Authority must face an invasion by the Vigil, who are an extra-dimensional race from the Bleed that are gigantic in stature.

As the Vigil invade Earth, Apollo asks Angie: “You know the phrase, ‘faster than a speeding bullet?'” Then, he flies into the Vigil. How fast is Apollo flying through the Vigil? The question can be answered by estimating another feat by Apollo in the first issue of the storyline.

CHECK OUT THE STORY: BRAINIAC’S AI PROGRAM IS THE DIGITAL PROCESSING OF ALL THE INFORMATION IN THE GALAXY.

In ‘Coup D’Etat: Sleeper’ (2004) #1, the Authority are on the scene of the disaster in Florida. The U.S. government attempted to invade the Bleed with a probe. However, the probe exploded in the Bleed and destroyed a shiftship boarded by the Vigil. The Vigil fell to Earth and looked at first like meteors.

Meteoroids enter the earth’s atmosphere at very high speeds, ranging from 11 km/sec to 72 km/sec (25,000 mph to 160,000 mph). However, similar to firing a bullet into water, the meteoroid will rapidly decelerate as it penetrates into increasingly denser portions of the atmosphere. This is especially true in the lower layers, since 90 % of the earth’s atmospheric mass lies below 12 km (7 miles / 39,000 ft) of height.

2 thoughts on “DC Day Explained: Why Apollo Is “Faster Than A Speeding Bullet!””