CYCLOPS (SCOTT SUMMERS)EARTH-616 In ‘Uncanny X-Men’ (1978) #115, titled “Visions of Death!”, Cyclops performs an energy projection feat. The human-pteranodon hybrid super-villain named Sauron puts Wolverine under hypnotic control to attack Cyclops and Nightcrawler while Storm lies on the floor unconscious. During the fight, Cyclops knocks out Wolverine with an optic blast. How much energy projection does it take for […]

By Pat Posted on 1 week ago

Battles Of The Week: Storm vs Pyro

By Pat Posted on 1 month ago

Mystique is a mutant with the super power to metamorph. Her metamorphing super power allows her to duplicate people’s physical appearances. How powerful is it? Visit our article. 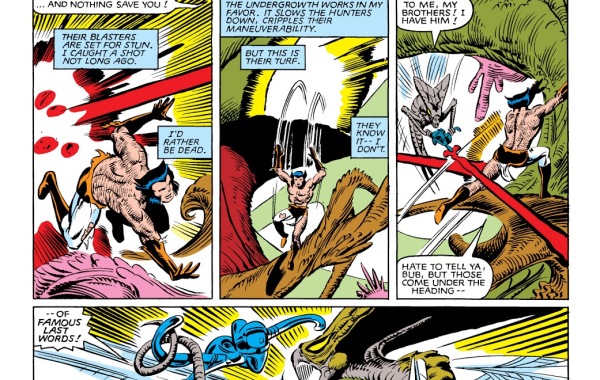 Marvel Day: In A Fight For Human Evolution, Survive Or Die; Wolverine Is On The Run From The Brood