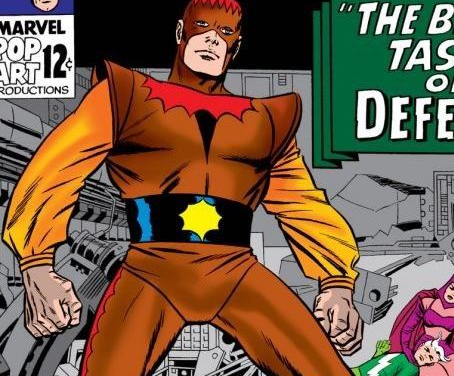 In ‘Avengers’ (2012) #31, titled “End Times”, Wonder Man performs a fighting skill feat. To begin, the Avengers are recovering from the fallout of “AvX”. Meanwhile, Wonder Man has come to Avengers Tower to ask Captain America for help. Suddenly, Red Hulk attacks him. During the fight, Wonder Man chokes out Red Hulk.

Head over to Who is Marvel’s Wonder Man? Vastly Powerful & Unpredictable. by New Sage. 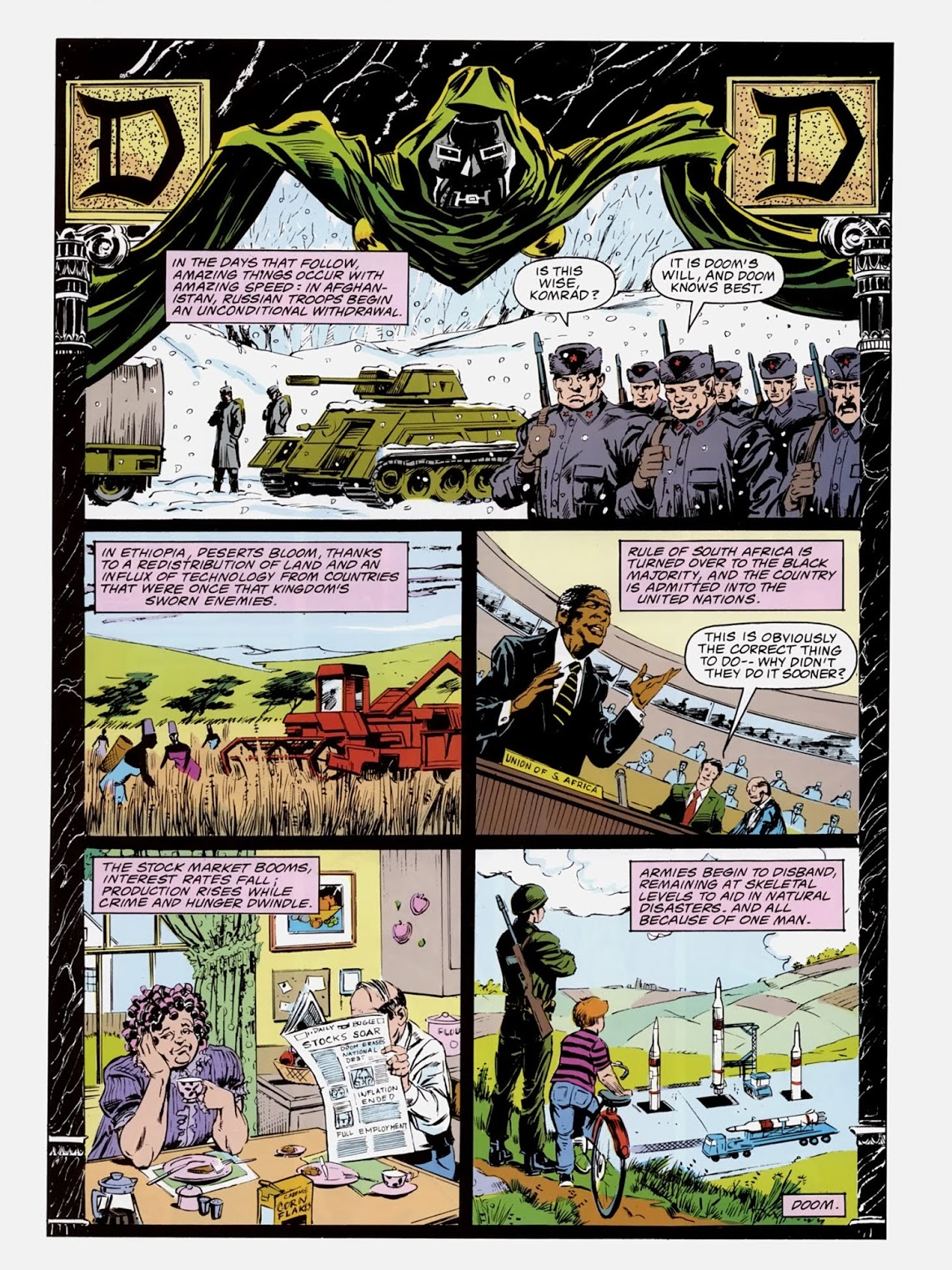 DOCTOR DOOM HAS AN UNCONVENTIONAL PLAN TO TAKE OVER THE WORLD

In “Avengers: The Emperor Doom” (1987) graphic novel, turns conventional morality on its head and takes over the world. Doctor Doom has long dreamed to rule the world and has used the political and the technological means at his disposal in order to bring about this end. The Prologue begins with Doctor Doom kidnapping the Purple Man for a nefarious purpose.

We are then introduced to Namor walking the streets of Manhattan. The winged Atlantean comments on humanity’s pettiness and its conflicts with Atlantis and the sea world. He is noticed by a police officer who calls reinforcements. Finally, Namor arrives at the location of his rendez-vous, a restaurant.

Namor enters the restaurant. He is asked by one of the attendants whether he has a reservation but he says “No.”1 At that moment, Namor’s coat is destroyed by a power blast. Angered, Namor asks who attacks him and finds Doom motioning at a table to welcome him. Namor sits at the table and vociferates to hear about Doom’s proposition to free Atlantis from “the tyranny of surface-dwellers forever!”1 Doctor Doom draws Namor’s attention to the fact no one has paid attention to them nor Doom’s power blast. He unveils a technological marvel called a psycho-prism.

It was created from a strand of the Purple Man’s hair and Doom is using it to control the will of the people at the restaurant. He informs Namor that he plans to use a giant psycho-prism under construction to subjugate the will of the entire Earth! When he rules the world, he plans to establish Namor as ruler of the sea. Namor is among the strong-willed and three other mechanicals that can resist the effects of the psycho-prism. Before they part, Namor is tasked with implanting adhesive refractory discs to make those individuals susceptible to the Prism’s influence.

CAN DOOM MAKE IT WORK? DOCTOR DOOM CONQUERS THE AVENGERS AND THE WORLD, BECOMING EMPEROR

Doctor Doom constructs his giant psycho-prism with Purple Man inside. Namor goes on his missions, and implants the discs on Vision, Machine Man and Ultron. During his visit at Avengers Mansion, Vision is able to send a recording of Namor’s visit to the West Coast Avengers. They realize Doom’s plan and realize the East Coast Avengers are compromised. Mockingbird is able to trace the attack to Doom Island in the Caribbean. Quickly, they board the Avengers Quinjet and depart for their destination.

The West Coast Avengers arrive on Doom Island and soon, skirmishes begin. They are attacked by turrets then hundreds of robots. The battle is fierce. Suddenly, forming two separate lines on each side, the robots pave the way for the Avengers to enter the base. Surprised, they go in and find Doom! His construction is complete and he is about to launch the psycho-prism. Unfortunately, Hawkeye does not draw his arrow on time. The psycho-prism is launched. Doctor Doom has finally conquered the Avengers who depart without resistance.

DOCTOR DOOM CONQUERS, RULES AND BRINGS PEACE TO THE WORLD

A month later, Wonder Man awakes from his floatation device. He speaks to Tony and finds out the latter is re-designing the Stark space shuttle as Emperor Doom’s private transport. Heading to another compound, Wonder Man finds Captain America and Wasp directing re-designs. Heading to Tigra’s quarters, he finds a warm welcome. As Tigra heads out, he sees a parade in New York on the television monitor for Doctor Doom. Wonder Man frantically warns Wasp and Captain America that Doctor Doom has taken over New York City. The Avengers have to stop him!

Captain America phones the White House on the hotline. Speaking to Emperor Doom, he is ordered to take down the enemy. Wonder Man fights the Avengers and realizes he has become an outlaw. Taking Hawkeye‘s sky-cycle, he escapes the Avengers base. However, Wasp damages the sky-cycle and Wonder Man ends up tumbling down the streets. People watching the news, recognize the outlaw and take him down. However, Wonder Man escapes in the underground system. Finding a make-up van, Wonder Man adopts a disguise. Weeks later, after an encounter with a blind woman in the woods, he decides to oppose Emperor Doom and his subversion of conventional morality.

Wonder Man has uncovered the truth about Emperor Doom’s subjugation of the Avengers. He decides to oppose Emperor Doom. But he needs help.

He visits the one man who might have a will strong enough to overcome the power of the psycho-prism. Wonder Man must fight Captain America in order to free him and the Avengers!

Is It Conventional Morality To Take Over The World In Order To Bring Peace?

The graphic novel questions conventional morality. In the end, the Avengers come out on top. But this is due to Doctor Doom’s hubris. As the Avengers and a freed Namor prepare to free Purple Man, Doctor Doom has the finger on the button to trigger nerve gas canisters. However, conflicted over the blandness of world management as opposed to his thirst for conquest and glory, Doctor Doom relents. Ultimately, Doctor Doom was more excited at the battle lust for conquest over the daily meetings of managing the world.

At the same time, his plan succeeded and he was an efficient ruler as he brought peace and ended poverty on Earth. As the graphic novel ends, the Avengers are uneasy about ending Emperor Doom’s reign over the Earth because of its benefits. It is certain that Emperor Doom’s reign brought some good, but with questionable means that turned conventional morality on its head. We can say it is not right, to do evil that some good may come out of it. But, is this the price of freedom? 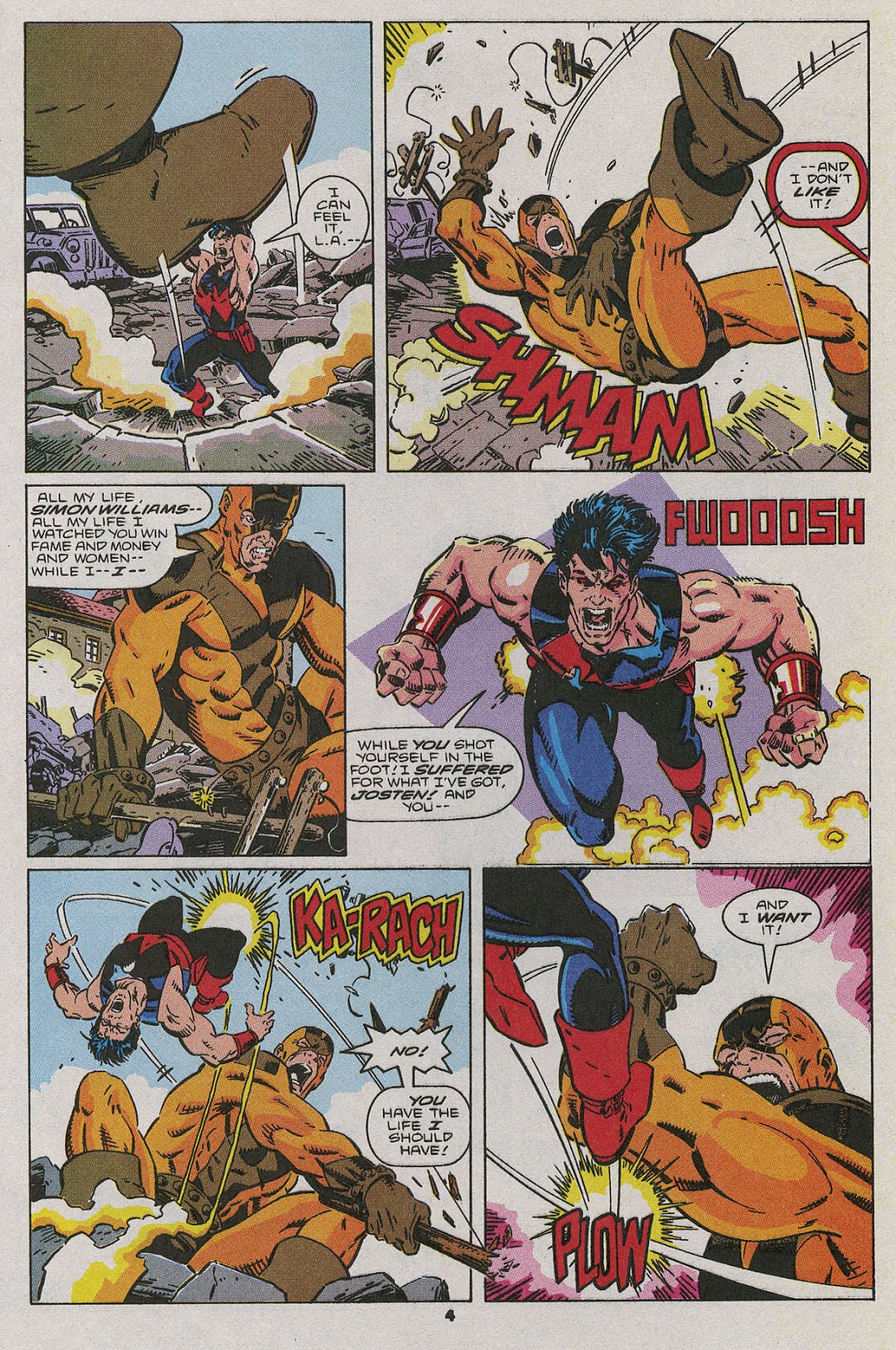 In our video, we explain the calculations and the rating for Feat: Wonder Man, ‘Wonder Man’ #1.

How much super strength does it take to topple 60-foot Goliath?

For more information on the Trajectory Calculator, visit the Omni-Calculator.

Head over to ‘Wonder Man in 2 Minutes | SYFY WIRE.’