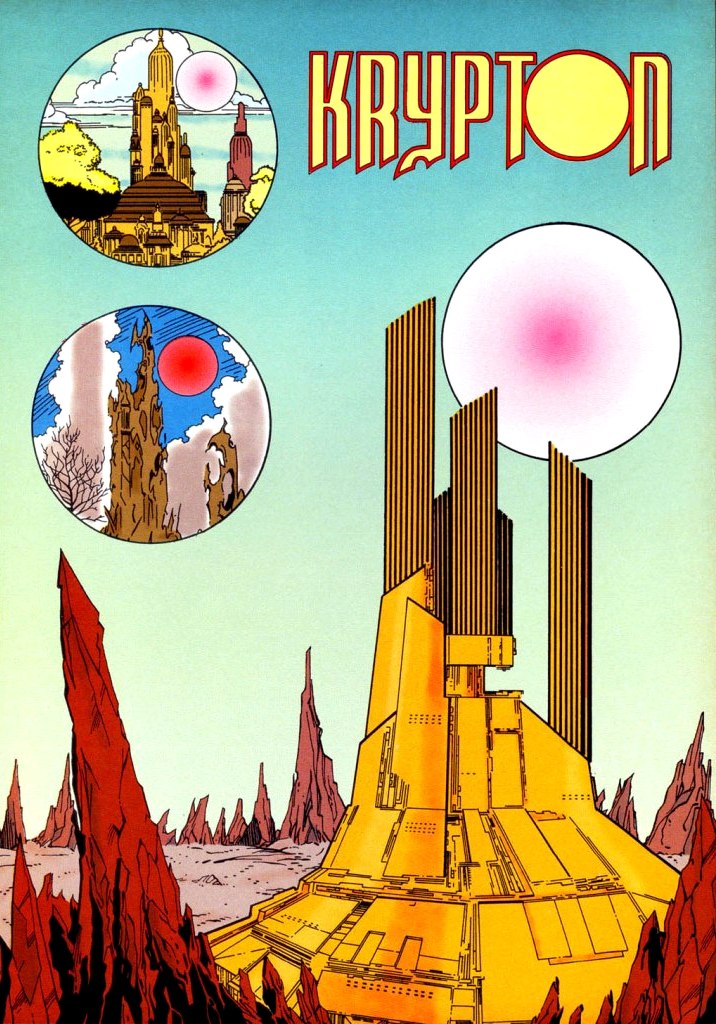 Today, is Krypton Friday! We talk about an awesome Kryptonian technology: the sunstone crystals! If you are familiar with the Superman mythos, it is the material used by Superman to create the Fortress of Solitude in ‘Action Comics #840‘ titled ‘Up, Up, and Away!’, Part VIII of VIII: The Adventures of Superman (2006).

Sunstone is a mineral indigenous to the planet Krypton. Crystalline in structure, Sunstone is self-replicating and architecturally programmable. Kryptonians used the Sunstone mineral for a great percentage of their construction including buildings and space-faring vessels. Nearly all of the Sunstone deposits were destroyed with the destruction of Krypton, but in recent years, trace elements of the crystal have been found on Earth.”

In ‘Superman #653‘ titled ‘Up, Up, and Away!, Part VII of VIII: Up in the Sky’, Lex Luthor pilots a Kryptonian warship powered by sunstone technology over Metropolis.

Be sure to check ‘Sunstone‘ on DC Database!