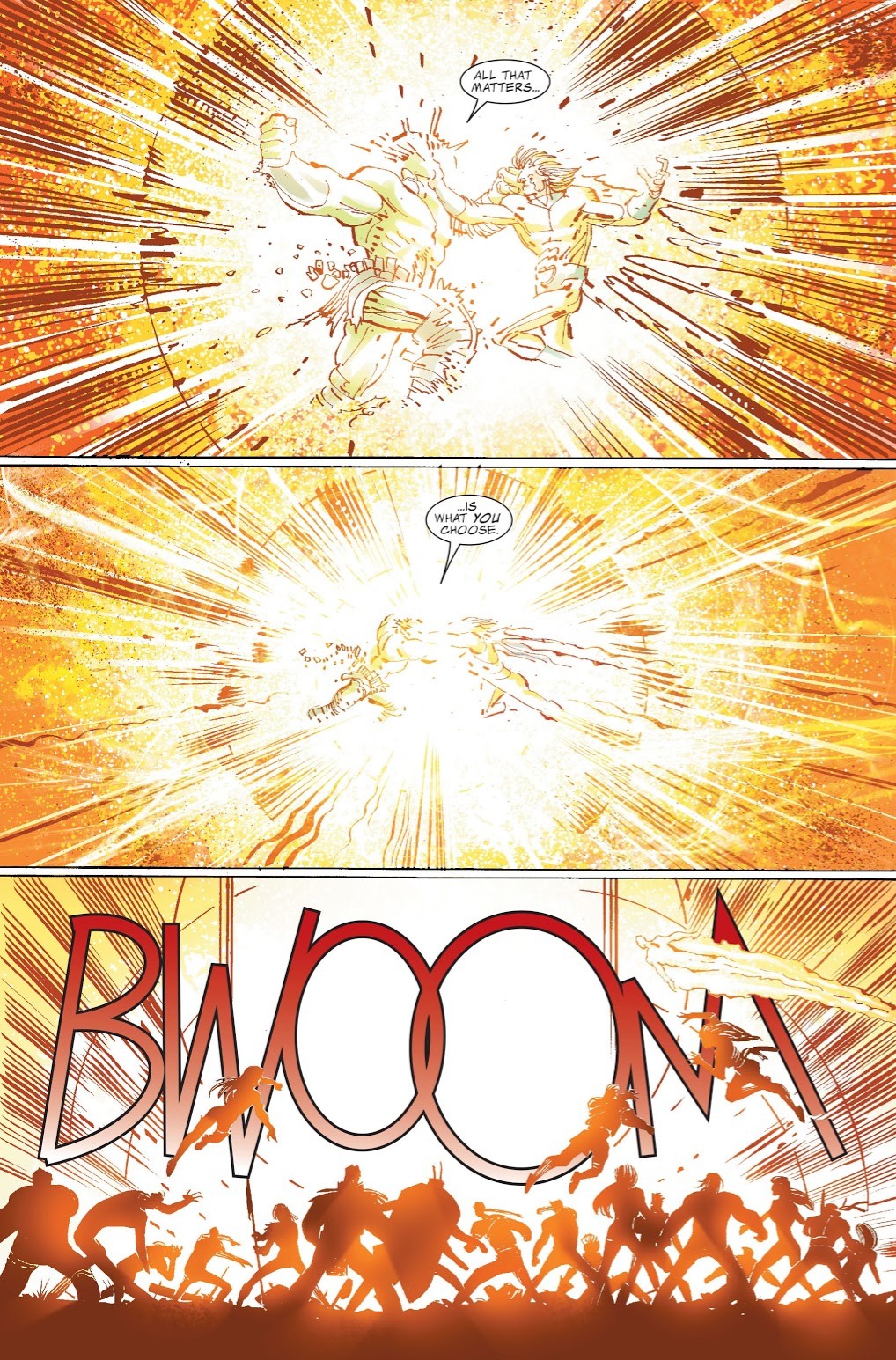 See Part I and Part III. Today, we go cosmic!

Having faced the Spartax invasion of the refugee planet Torfa, Captain Marvel is ordered to blow up the Vibranium mines exploited by the Spartax that were poisoning the refugees. She punches her way out, blowing them up!

Super-Strength: Able to destroy planets, stars, and solar systems with their punches, attacks and lifting strength.

Hellboy punches out a giant “somewhere” destroying the entire location in his refusal to wield Excalibur to save the world! Classic!

Super-Strength: Able to lift and destroy buildings, cities and mountains with their punches, attacks and lifting strength.

Green Lantern Hal Jordan battles Krona in Sector 2814 in his attempt to gather the Emotional Entities. Hal blast-punches Krona then imprisons him.

Super-Strength: Able to destroy planets, stars, galaxies, universes and the multiverse with their punches, attacks and lifting strength.

Infinity-Man, ‘Death Of The New Gods #7’

Infinity-Man “Prime Agent Of the Source’s Will” Punches Superman! An Attack That Earns Him Superman’s Earth-Shattering Punches!

Super-Strength: Able to lift and destroy planets, stars, galaxies, and the universe with their attacks and lifting strength.

Stay tuned for the next last two multiverse-shattering punches of The Mightiest Punch! In The Modern Age of Comics.

3 thoughts on “The Mightiest Punch! In The Modern Age Of Comics: Ranking (Part II)”