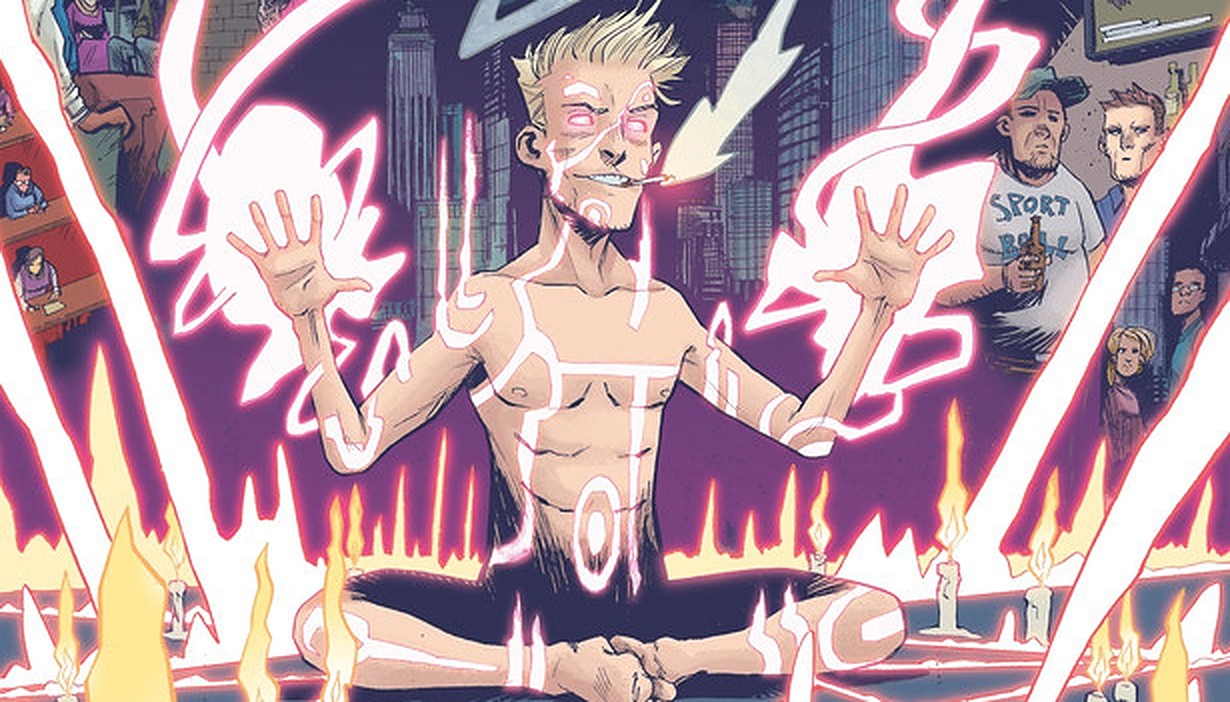 For the full battle, click on the Amazon product image below to purchase Constantine: The Hellblazer (2015-2016) #13. Visit our product review.

Neron has taken over every soul in New York City. In order to free each one, Constantine calls in favors. Witness a battle of wits waged in men’s souls!

Enter the contestants in New York City. On the left side is John Constantine, and on the right side is Neron.

In order to free each citizen of New York from Neron’s possession, Constantine calls in favors. Mysteriously, he engages in forbidden magic.

The battle to decide who is the true mage!

A FAN OF CONSTANTINE AND DC COMICS? SUBSCRIBE TO OUR NEWSLETTER TO RECEIVE THE LATEST POSTS ON YOUR FAVORITE HEROES.

The comic was written by Alan Moore and penciled by Rick Veitch.

2 thoughts on “Battles Of The Week: John Constantine vs Neron (Hero vs Villain)”