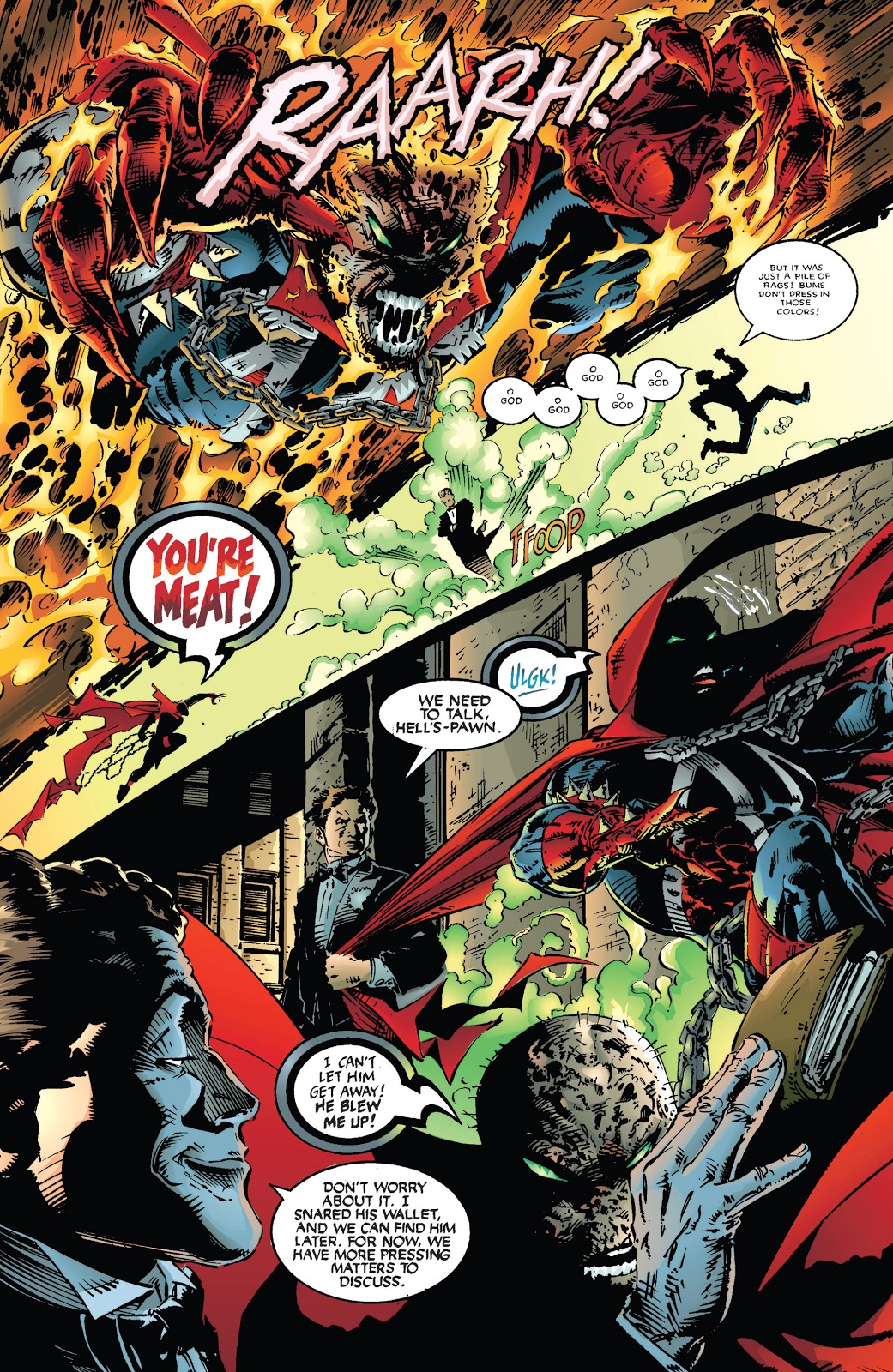 I was dead and went to Hell. In order to see my wife again, I made a deal with D. It turns out, I bargained more than I could hope for. I became a hellspawn.

Using CIA files, I tracked Wanda’s location. I found out she had re-married and had a daughter named Cyan. Then I got low.

A hellspawn I met, told me that I run on necroplasm magic, the juice that powers me. Once I get low, I must return to Hell.

I must learn to use my powers or else. What is necroplasm magic? A man showed up…

I was chasing an assailant that triggered an explosion with a box of bottles. Then, this man showed up!

Sigh… Just what I was looking for? Someone to teach me about my powers!

What is necroplasm magic? Well, it is based on the will’s ability to use extra-dimensional energies to alter perception. In this case, the hellspawn’s symbiote – the K7 suit – uses the energies of another dimension, Hell, to conjure magic, spells and even create objects!

The power to conjure and create objects is called manifestation.

Necroplasm Magic: Other than the counter problems he had, the only limit to Spawn’s mystical ability was Spawn’s imagination. Having been able to conjure up a car key using his mystic energy, materialize a box of fine wine for his friends in the alley and even resurrect the dead at the cost of his necro meter.

I tested the suit in battle. A total rush of adrenaline! A hellspawn!

The evening ends with an invitation from Harry Houdini to an atomic bomb conference. What does that have to do with me?

Well, I still have to stop that kid that bombed me earlier!

How do fans feel about necroplasm magic? Comment below.