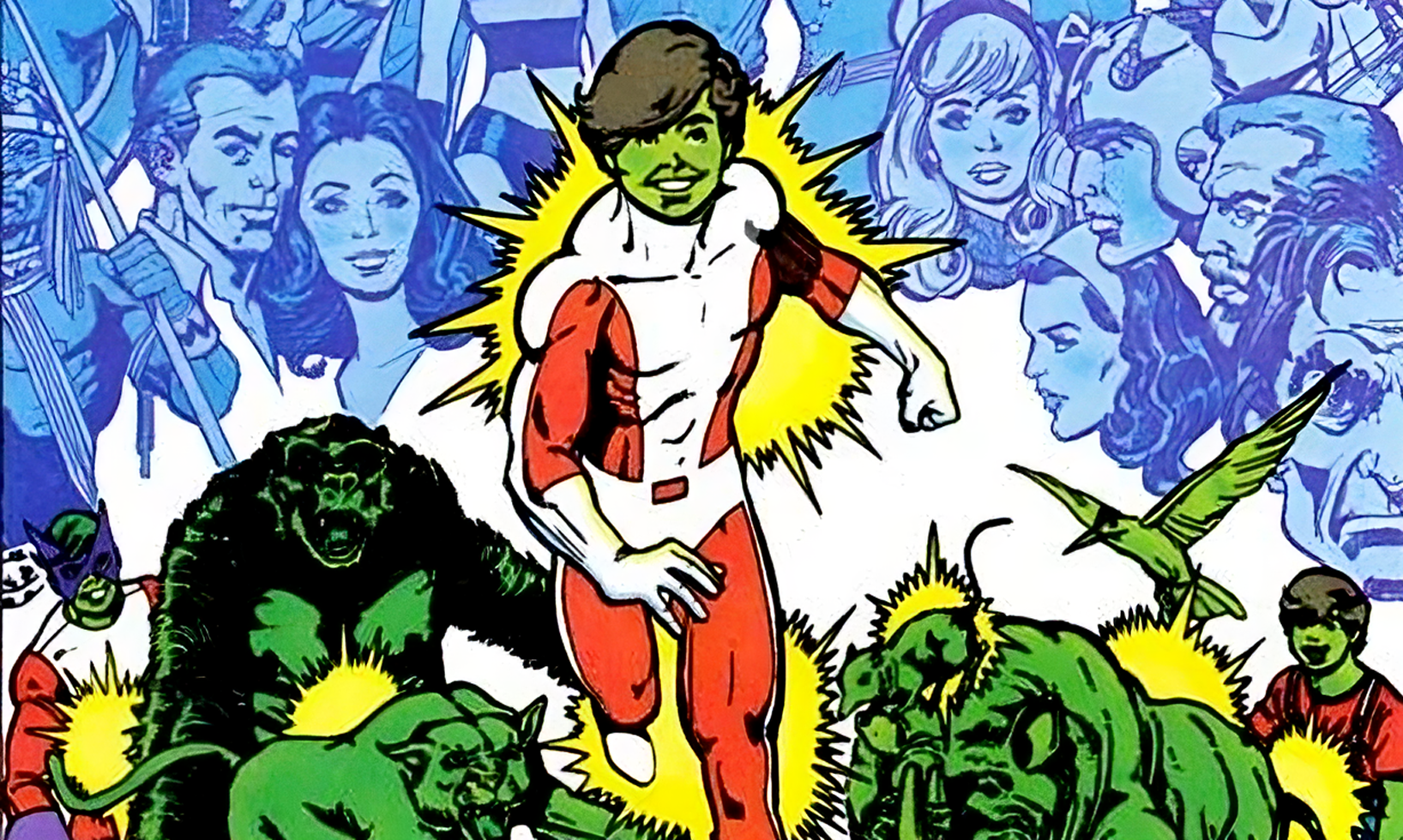 ON THEIR GRAND CANYON VACATION, BEAST BOY TELLS HIS ORIGIN STORY TO THE NEW TEEN TITANS

In Tales Of The New Teen Titans (1982) #3, we learn the origin story of Beast Boy. On their Grand Canyon vacation, Beast Boy grills hot dogs for the New Teen Titans. During that time, he tells them his origin story. Previously, Beast Boy was the child of deceased Mark and Marie Logan. Named Garth Logan, he contracted the deadly jungle disease named Sakutia in Lamumba.

Relevantly, Mark Logan was an expert in many science fields. Though he claimed to have isolated the common genetic code between humans and animals. Unfortunately, Mark’s attempt at a cure granted Garfield animal shape-shifting powers with a green complexion. In an accident, his parents died with young Garfield unable to save them.

THE ARSENAL KIDNAPS BEAST BOY AND HIS GIRLFRIEND FOR RANSOM

After Beast Boy loses his movie career, he retreats to his mansion in West Hollywood. Soon, he begins a romance with Jillian Jackson, his childhood friend. Before his flame can return to school, she is kidnapped by the Doom Patrol enemy named Arsenal.

Then, it is up to Beast Boy to rescue her from the villain’s castle. There, the former Patroller learns his former guardian, Nicholas Galtry posed as the villain. Sinisterly, he imprisoned Garfield in an air-tight and electrified cage. With the ultimatum to pay him 25 million dollars to save Jillian’s life.

TO SAVE HIS GIRLFRIEND JILLIAN, BEAST BOY BECOMES CHANGELING

BEAST BOY TURNS INTO A PORCUPINE

In order to destroy the electrified glass, Garfield turned into a porcupine. With his spikes, Garfield short-circuited the cage.

BEAST BOY TURNS INTO A GOAT

In order to knock down Arsenal, Beast Boy turns into a goat.

At high speed, he rams into his enemy. Powerfully, Arsenal is knocked through the wall into another room.

BEAST BOY TURNS INTO A STARFISH

Quickly, the battle turns into Beast Boy’s favor. When the teenage hero turns into a starfish, he holds Arsenal’s helmet in his powerful grip.

Then, unable to see, the villain panics. Fearfully, the villain flies outside of his castle. Finally, he ends in the lake where he resumes his attack.

When in water, the villain’s face is free. Destructively, Arsenal delivers a blast which Beast Boy escapes by turning into a fish.

Quickly, Beast Boy turns into an electric eel. Powerfully, he shoots “a couple thousand volts through” Arsenal to knock him out.1