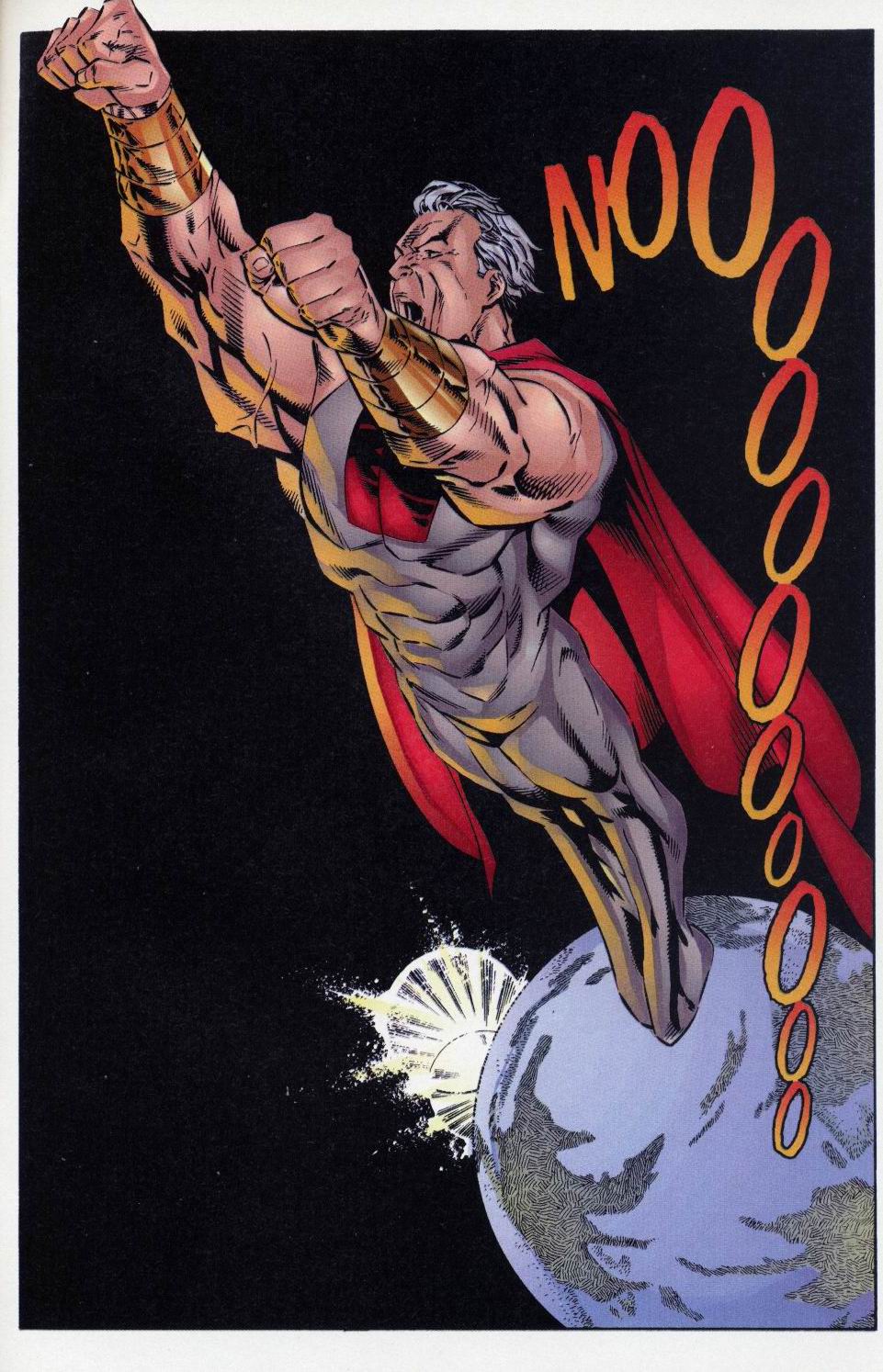 In ‘The Legend Of Supreme’ (1994) #1, a reporter named Maxine Winslow investigates the “origin story” of Supreme and of how he gained his super powers. He was born Ethan Crane. In 1937, in St. Louis, Ethan Crane walks up to two men in a bar and accuses them of the rape of a 15 year-old girl.

Declining comments about religion and penance, Crane pulls up a gun and kills the two men. Walking into the street with the gun in his hand, he gets stopped by two police officers. Crane gets shot.

Crane survives the shootings by the two police officers. However, he gets sentenced to life in prison for his crime. Maxine in her investigation interrogates Sophie, the 15 year-old that was raped by the two men Crane killed.

Sophie Miles reveals that in prison, Crane received the proposition to participate in a government experiment to enhance humans and grant them super powers. Crane accepted. One of the researchers on the project revealed to Maxine that Crane was the seventh of all the participants who were experimented on to grant them super powers. Crane actually died.

SUPREME IS BORN AND LEAVES EARTH

Ethan Crane actually is reborn from the government experiment. In 1939, he reaches out to Maxine and sends her the manuscript of “The Gospel According To Ethan Crane” which details his life since being reborn and the manifestation of his super powers. “On The First Day”, in 1939, Crane finds sanctuary at Father Beam’s church.

Looking at the Cross, Crane has a religious experience that triggers his super powers. It is flight. Supreme is born. During an argument with Father Beam over Supreme’s killings of seven men, Supreme accidentally kills Father Beam. Supreme leaves Earth in anguish.

How do fans feel about Supreme gaining super powers? Sound off in the comments.

1 thought on “Image Day: Ethan Crane Gains Super Powers In ‘The Gospel According To Ethan Crane’”