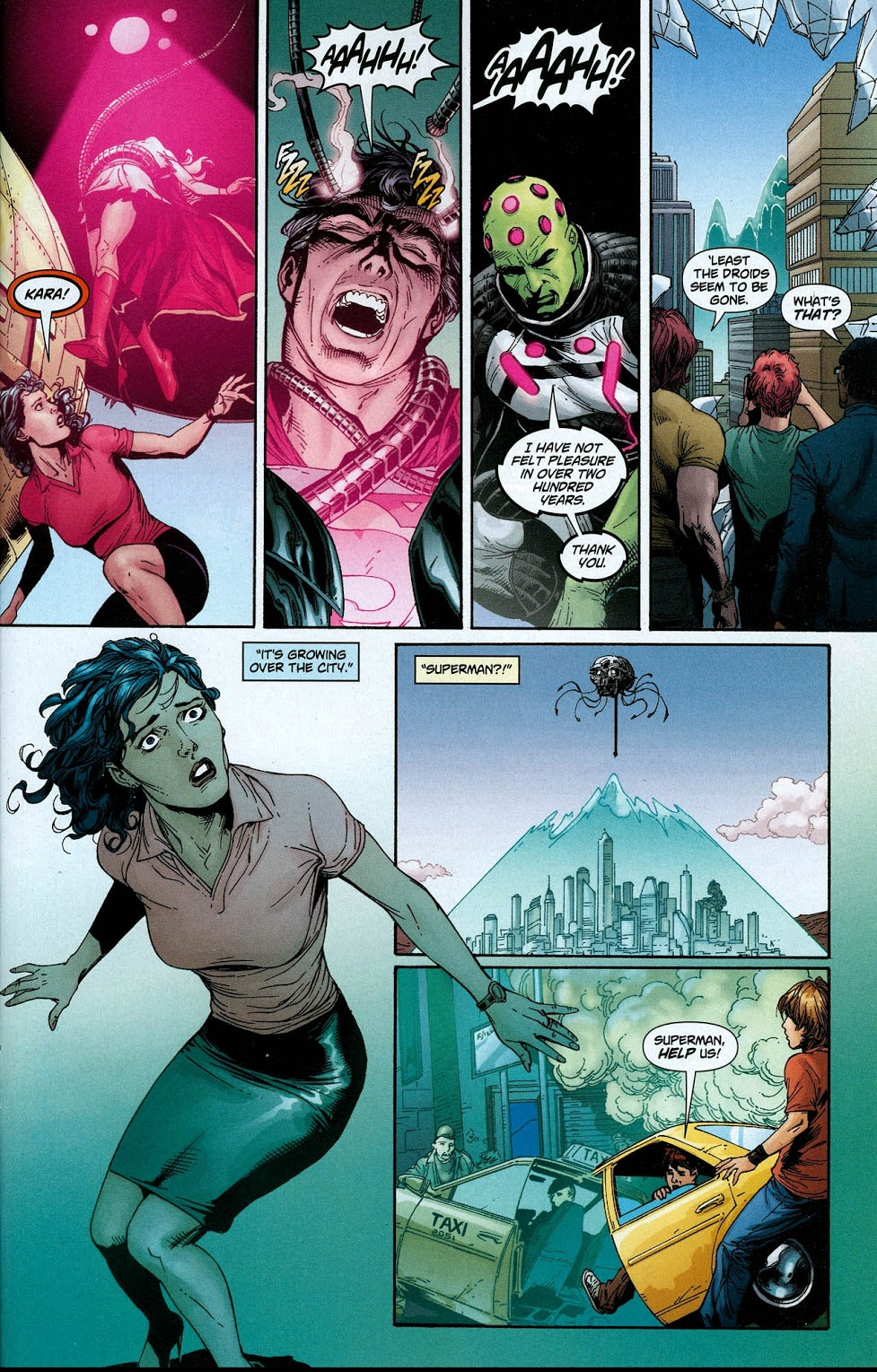 VRIL DOX I WAS THE MOST ADVANCED COLUAN MIND

Vril Dox I, who would become Brainiac, was born on the planet Colu. Colu was out on the Magellanic clouds, located as the fourth planet from the sun’s star system. Colu was a very advanced planet and it is estimated only about 1 percent of the population lived outside connurban areas. As a whole, the planet Colu was an eighth level intellect.

Coluans lived under the tyrannical control of the Computer Tyrants. The Computer Tyrants controlled and manipulated the daily lives of Coluans, even “brainwashing the chidren from birth– Raising them in sterile, computer-run edu-bloks–“1

Vril Dox I was a genius on Colu even by the Computer Tyrants’ standards. In order to not risk tampering with his mind, the Tyrants offered Vril Dox I a choice. Dox chose to stand with the machines against his own people. Dox worked magnificently for the Tyrants improving their compu-designs and their hold on Coluans. He was rewarded with the permission to inseminate a female. A son was born and was named Vril Dox II.

Eventually, the machines grew nervous of Vril Dox I’s genius and decided to eliminate him. The Coluan Council convened and when Vril Dox I failed with an experiment, Dox was sentenced to death.

Eventually, Vril’s father was discorporated by the angry and fearful Computer Tyrants of Colu. His psyche came to inhabit a robot form and wandered the galaxy as Brainiac. He was destroyed by the Omega Men, and his consciousness traveled to Earth, where another android form was created. (History of the DCU #2) There he soon possessed the body of the telepath, Milton Fine, and began a long history of terrorizing Superman. (Adventures of Superman #438)

WHAT IS BRAINIAC’S 12TH LEVEL INTELLECT?

In ‘Action Comics’ (2000) #868, Superman makes first contact with Brainiac’s main A.I. for the first time. Brainiac’s 12th Level Intellect is a vast computer mind that allows multiple running calculations with his Coluan brain and interfacing with machines and technology, as seen with the use of his bio-shell within his skull ship.

When Brainiac makes first contact with Superman for the first time, he mentions the superhuman computing power of his coluan brain which can process the knowledge of “over seventy times seven octodecillion beings.”2

Brainiac is generally believed to be the most intelligent being in the DC Universe, possessing a twelfth-level intellect that surpasses even Lex Luthor. He is capable of storing and processing trillions of minds worth of information in his data banks and Coluan brain and possesses superhuman calculation abilities, enhanced memory, and advanced understanding of mechanical engineering, bio-engineering, physics and other theoretical and applied sciences. He has been shown as being capable of feats such as shrinking entire planets, creating impenetrable force fields, absorbing information from other beings, transferring his consciousness, time travel, and even creating an army of ten thousand similarly powered probes who are each able to rival and even kill Kryptonians. His vast intellect also makes him immune to mind control.

Let’s look at some applications of Brainiac’s 12th Level Intellect in battles.

In ‘Action Comics’ (2000) #868, Superman has been kidnapped by Brainiac. He awakens aboard Brainiac’s Skull Ship and quickly takes down the Brainiac probes and Koko.

Superman heads for the control room and sees the bottled cities Brainiac has integrated into his A.I. At that moment, Brainiac awakens.

Brainiac and Superman soon engage in battle. Brainiac reveals to Superman it has been the first time in five centuries since he emerged from his bio-shell. He claims he will evolve to perfection.

The Brainiac A.I. states his spinal station is able process the knowledge of octodecillion beings. His Coluan brain is able to process seventy times the information. In addition, his programming is to evolve to integrate the knowledge of the galaxy within “a matter of hours”.2

IN ‘ACTION COMICS’ #869, BRAINIAC SENDS HIS SOLAR AGGRESSOR TO DETONATE THE SUN SUPERNOVA

In Smallville, Pa and Ma Kent watch as the solar aggressor heads for the sun. Pa Kent notes it is headed for the sun.

FEAT OF THE DAY: IN ‘ACTION COMICS’ #869, BRAINIAC BOTTLES METROPOLIS