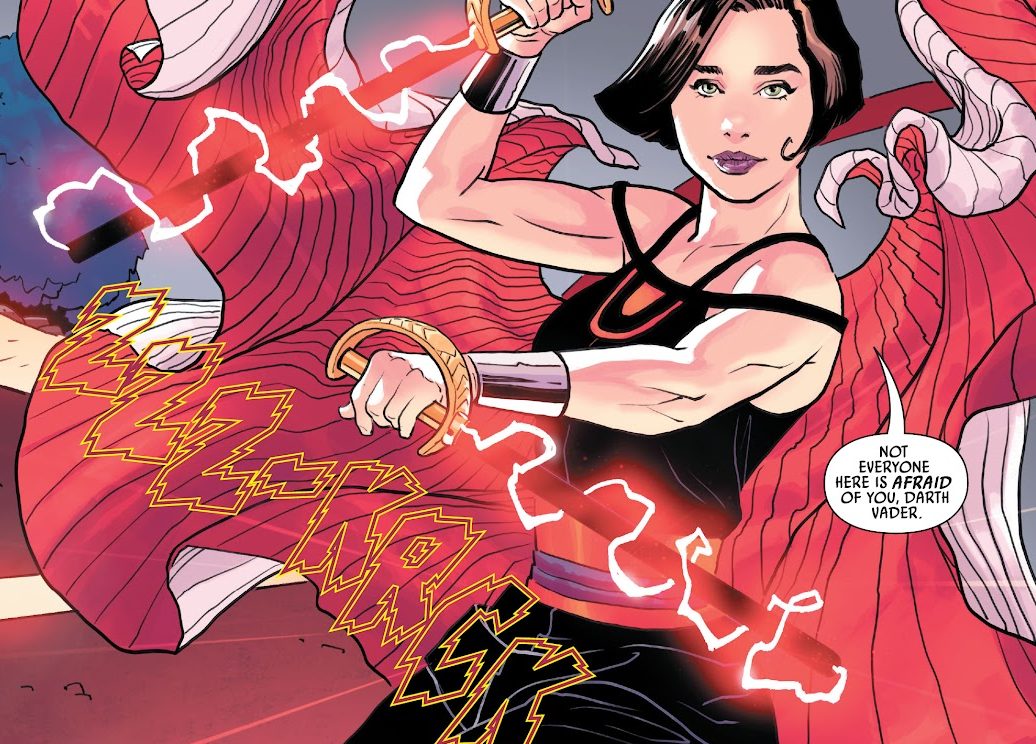 Originally, ‘War of the Bounty Hunters’ has been promoted as a slugfest between the deadliest bounty hunters in the galaxy. Really, the comic centers on Boba Fett’s mission. In fact, the bounty hunter has to deliver Han Solo’s carbonite body to Jabba the Hutt on Tattoine. As it would happen, Boba runs into trouble.

Secretly, an organization named Crimson Dawn has stolen Solo’s body. In addition, it has put a bounty on Boba’s head. Hence, Boba deals with the onslaught of bounty hunters some of whom he thought were his friends. Finally, the bounty hunter realizes the organization has put a price on Solo’s body. To this effect, it has set a meeting with Jabba and all the major crime lords in the galaxy.

In ‘Star Wars: War Of The Bounty Hunters’ (2021) #3, Qi’ra is revealed to be the mysterious figure behind Crimson Dawn. If you remember, Qi’ra is Emilia Clarke’s character in “Solo.” In the film, she is introduced as Han’s love interest and childhood friend from Corellia. Working her way, she ascended through the galactic crime world. Eventually, she worked for Darth Maul.

In the issue, Darth Vader interrupts the Han Solo auction. Dramatically, his ultimatum is to hand over Han’s body or die. Defiantly, Qi’ra duels with Vader. But, Darth Vader gains the upper hand. As the Sith Lord prepares the killing blow, he senses Luke Skywalker. Quickly, Qi’ra makes her retreat. Nevertheless, Qi’ra’s Crimson Dawn involvement sets up her solo series. In fact, “Crimson Reign” occurs between “The Empire Strikes Back” and “The Last Jedi.”

1 thought on “Fan Theory: In ‘War Of The Bounty Hunters,’ Qi’ra’s Time With Crimson Dawn Sets Up Her Solo Series”