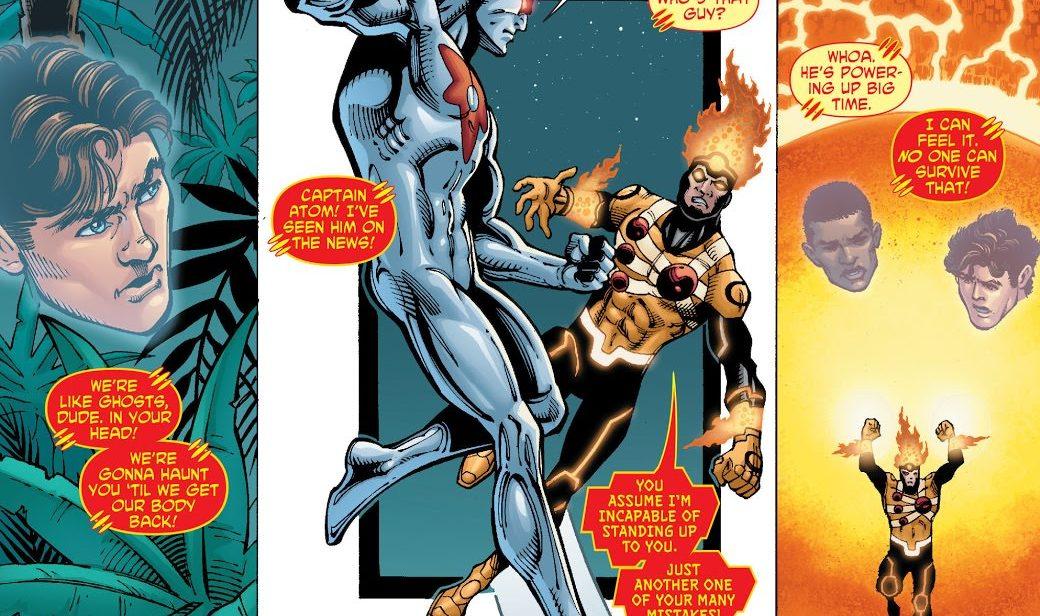 Shopping for a science fair gift to entertain The Kid Superhero in real life in the JLA? To #collectabattle, click on Buy On Amazon to collect the Kindle & Comixology The Fury of Firestorm: The Nuclear Men (2011-2013) #15 and become The Most Powerful Hero in the JLA. Visit our product review to find why the comic is one of the best Captain Atom stories of the New 52.

When Doctor Megala takes control of Firestorm’s body, he attacks the nation of Qurac. After, Captain Atom learns from the Continuum of the danger and engages Firestorm.

A battle of cataclysmic proportions follows in the Pacific ocean.

Enter the contestants in the Pacific ocean. On the left side is Captain Atom, alias Nathaniel Adam and on the right side is Firestorm, alias Jason Rusch and Ronnie Raymond controlled by Doctor Megala.

The battle to decide who can survive a nuke! Toggle Firestorm’s Negative Damage under our Damage Points to find out the power of a nuke.

NEXT BATTLE OF THE WEEK: HANK PYM VS WASP. MAY 20TH.