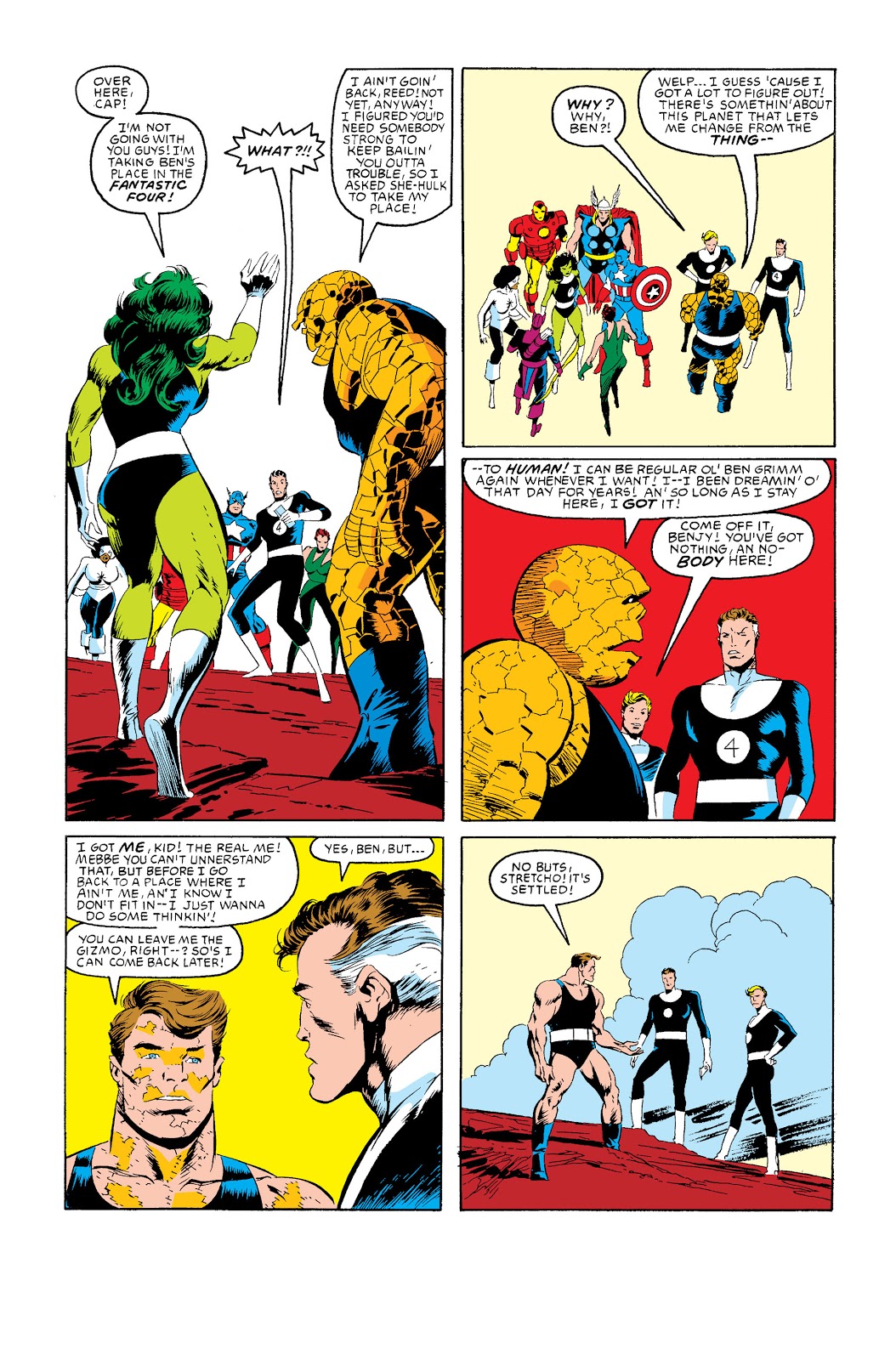 In ‘Marvel Super Heroes Secret Wars’ #1, Earth’s heroes and villains are transported into space by a multiversal cosmic entity known as the Beyonder.

He created a world called Battleword out of the remains of a galaxy he destroyed and he offered the heroes’ and villains’ their heart desires if they would do battle.

She-Hulk joins the heroes’ fight on Battleworld against the villains. She-Hulk attacks Doombase in revenge for the apparent death of the Wasp at the hands of the Wrecking Crew.

At the end of ‘Marvel Super Heroes Secret Wars’, Ben Grimm who is able to change into the Thing at will, decides to stay on Battleworld. He elects She-Hulk to take his place with the Fantastic Four.

She-Hulk would continue her membership of the Avengers but would go on adventures with the Fantastic Four. She-Hulk gets a power-up where she would remain in her She-Hulk form permanently.

In ‘Secret Wars’ (2015) #5 titled “The End Times”, Mr Fantastic prepares “lifeboats” to save humanity from the incursion.