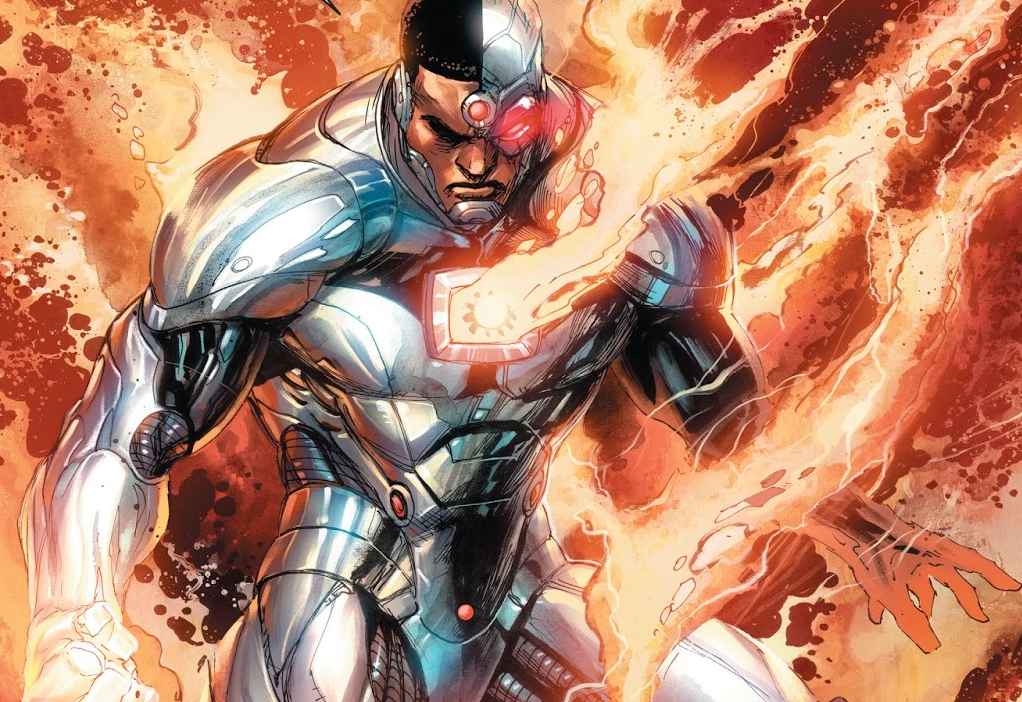 Victor Stone was a high school football athlete at odds with his brilliant scientist father Silas Stone.1 Victor visited his father at S.T.A.R. Labs who was working on the Father Box found due to recent alien sightings. When the New God Darkseid initiated an invasion of Earth, Victor Stone was caught in the explosion of the Father Box at S.T.A.R. Labs.2

In order to save his son, Silas Stone took Victor to the Red Room. There, using experimental technology, he turned Victor into a cyborg by injecting him with nanites and installed cybernetic parts.3

When Vic first woke up after the accident, he could not move his legs and discovered his new robotic body. The Red Room was attacked by a group of Parademons; before they could hurt Sarah Charles, Cyborg’s defense system’s reacted automatically, causing his arm to shift into a sonic cannon. He destroyed the creatures, along with half the building. Vic, mortified at what his father had turned him into to save his life, escaped through the hole in the wall, with his father’s calls to stay falling on deaf ears.

While roaming the streets, Vic saved a woman that was being attacked by Parademons. As a result, he incorporated some of the Parademons’ components, granting him access to Boom Tube technology. Then, he was teleported to the site where the other heroes, Superman, Batman, Green Lantern, Aquaman, Wonder Woman and Flash were battling Parademon hordes. Cyborg still lacked control of his super powers.

Cyborg helped the heroes battle Darkseid and his Parademon army. As Superman hurled Darkseid into a Boom Tube, Cyborg fiercely tapped into the technology and managed to close the portal, ending the invasion of Earth. After the invasion of Earth, the general public became more accepting of superheroes. Cyborg and the other superheroes were branded “the Super Seven”, later to be named the Justice League.