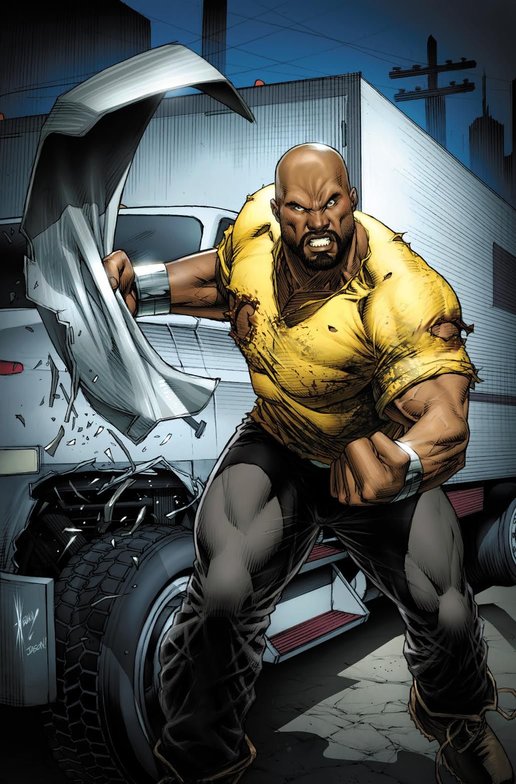 Lucas Cage was set up for a crime he did not commit by former gang member Willis Stryker. Sentenced to prison, he grew angry and plotted to break out of Seagate Prison, which no one had ever evaded from.1

Being in top physical and health condition, he was recruited by Dr. Burnstein for an experimental research on cellular regeneration. Cage volunteered for the experiment in the hope of eventually being allowed to leave on parole. Cage entered the “Electro-Biochemical System” and the experiment commenced. During the experiment, there was an attempted murder which resulted in increasing the dials to the top. However, Cage survived the attempt and was granted super powers.2

Then, he broke out of Seagate Prison. Returning to New York, Cage started Hero For Hire and changed his name to Luke Cage.2