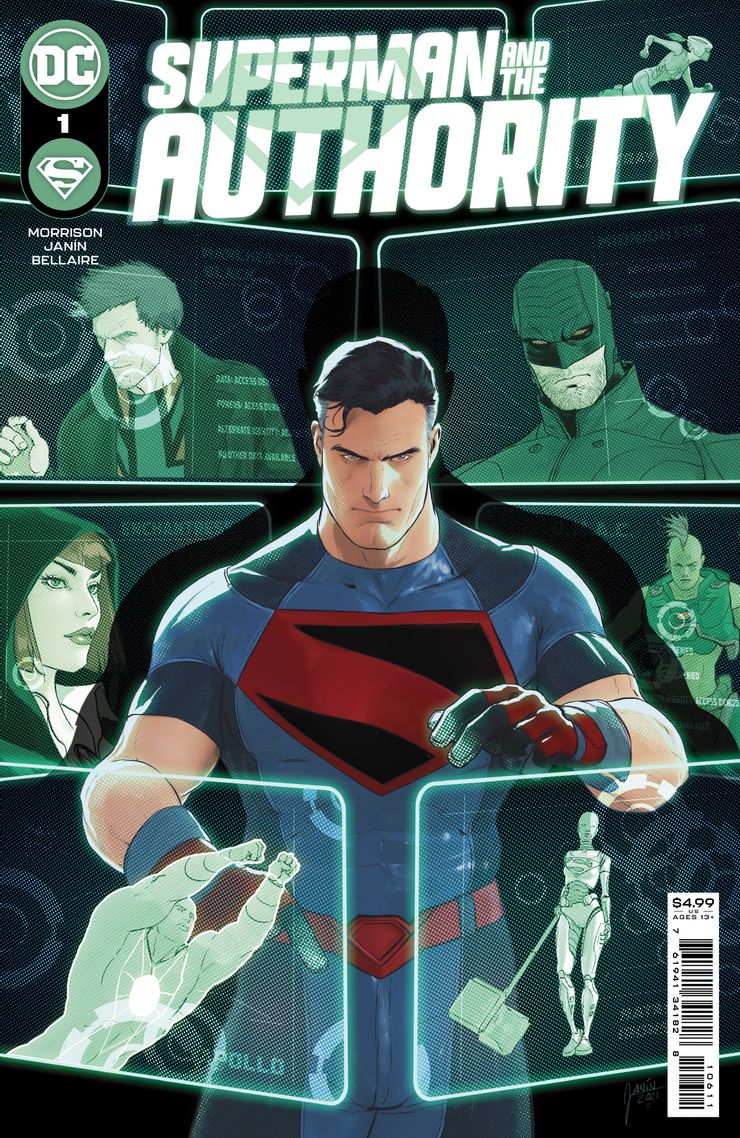 In ‘Future State: Superman: Worlds Of War’ (2021) #1, a powerless Superman fights in gladiatorial combats on Warworld. Superman is absent from Earth and groups of worshippers have gathered in Smallville to worship and remember him. Sadie, a young girl from Gotham City, arrives in Smallville. She meets with a group of people that were saved by Superman. As the people recount Superman’s superhuman deeds, Sadie reveals to them that the one that saved her was not Superman, but Clark.

In ‘Future State: Superman: Worlds Of War’ (2021) #2, Superman attempts to free the slaves on Warworld. In his latest combat, Superman loses his right eye and fails to protect a slave called Eyiitsha. Attracting Mongul’s attention, Mongul kills Superman. Imprisoned in a room, Mongul reminds Superman he is Mongul’s slave and that he has killed him many times in the past. He wants Superman to become his soldier and massacre everyone on Earth. However, Superman vows to free all the slaves on Warworld and have Mongul pay for every life he has taken before he returns to Earth..

‘SUPERMAN AND THE AUTHORITY’ TEAM-UPS TO FREE SLAVES ON WARWORLD

In ‘Future State: Superman: Worlds Of War’ (2021) #1, Superman has enlisted Midnighter’s help on Warworld. As he attempts to help Superman, he receives a “mystery box” from a familiar voice. The voice tells Midnighter Trojan Solutions is developing an isotope similar to Kryptonite capable of eradicating all life. Midnight accepts the mission to save Superman and the galaxy. Midnighter attempts to teleport with the Door, but it will not work. The mysterious voice helps Midnighter get on the Chrysalis space station and infiltrate Trojan Solutions.

In ‘Future State: Superman: Worlds Of War’ (2021) #2, Midnighter has infiltrated Trojan Solutions. 10 years into the future, in the control room, he meets an Apollo facsimile. In reality, Apollo turns out to be a cyborg called Andrej Trojan, founder of Trojan Solutions. His hatred for organic life, caused him to evolve into a cyborg. Using Warworld waste, he synthesized a mineral called Nirhodium in order to eradicate organic life. Using his supercomputer and his past self, Midnighter defeats Andrej. He returns to the present on Warworld and manages to blow up the Chrysalis orbital station.

In a solicit, DC Comics revealed the purpose of the upcoming ‘Superman and The Authority’ mini-series.

FAN THEORY: ‘SUPERMAN AND THE AUTHORITY’ SETS UP SUPERMAN AS AMBASSADOR TO THE UNITED PLANETS

Bleeding Cool reported a year ago on the ‘Superman and the Authority’ scoop. DC wanted to shake the Superman status-quo and showed Superman at the head of a more violent and brutal form of superheroing as featured on Warworld. The article hinted at Superman becoming King of The Earth in relation to the United Planets. This is also a reference to the “Mythological” storyline that ran in ‘Superman’ #25-28.

In ‘Superman’ (2020) #25, we are told the origin story of the Synmar alien Eisno Alkor. The aliens on Synmar watched the destruction of Krypton and Kal-El rocketed to Earth. They understood that a Kryptonian exposed to a yellow sun could become a light-god. Some Synmar wanted to destroy the child but they were stopped by President Dreti who told them the Lords of Light, deities worshipped on Synmar, strictly forbid the murder of an innocent child.

Eisno Alkor was a young soldier chosen by the Synmar as a protection against Superman. President Dreti had a conversation with Eisno and told him he would represent the Synmar across the galaxy. Eisno accepted the duty. Back from a successful space mission, the people celebrate Eisno and declare Synmar Utopica. That night, the officials at the Synmar Palace are murdered with images of Superman hanging there. In ‘Superman’ #26-27, Synmar and Superman battle at the Daily Planet and in the Phantom Zone.

In ‘Superman’ (2021) #28, Synmar brings Superman to Synmar in order to inspire the people. Galana, Synmar’s light partner, connects Superman to the light of Synmar. Galana explains to Superman that Synmar Utopica was meant to protect Synmar against Superman. However, Eisno or Synmar Utopica became a conqueror and murdered his people. Superman offers his help. Since Synmar orbits an orange sun, Galana equips Superman with a suit to fight evenly. Superman emerges victorious from his battle with Synmar.

CHECK OUT THE STORY: ARE ELSEWORLDS A DYSTOPIAN FUTURE? IN ‘DCEASED,’ CYBORG IS INFECTED WITH THE ALE VIRUS BECOMING A CARRIER FOR THE NEW GODS OF APOKOLIPS TO TURN HUMANS INTO ZOMBIES.

INTERESTED IN THIS STORY? CLICK ON “SUPERMAN VOL 5: HOPES AND FEARS (REBIRTH)” BELOW TO PURCHASE THE COMIC ON AMAZON.

WHAT IS THE UNITED PLANETS BRIGADE?

Though the other members of the brigade are completely unknown, readers will recognize the provenance of several members. Earlier in the series, it was revealed that the Synmar have a history of conflict with the winged Thanagarians, so the presence of a leader in traditional Hawkman armor isn’t surprising. Then there’s Prince Zerep of Tamaran, a completely new character from the homeworld of popular Teen Titans member Starfire. Sharing Tamaranean physiology, Zerep possesses the same power set as Starfire, including energy absorption and channeling, flight, along with superhuman strength and durability. This gathering represents some of the supreme powers of the DC Universe offering up their delegates – there’s even an armored Dominator near the front of the group.

“DC’s Newest Team Could Be Its Most Powerful,” ScreenRant

1 thought on “Fan Theory: ‘Superman And The Authority’ Team-Up On Warworld Sets Up The League Of United Planets”