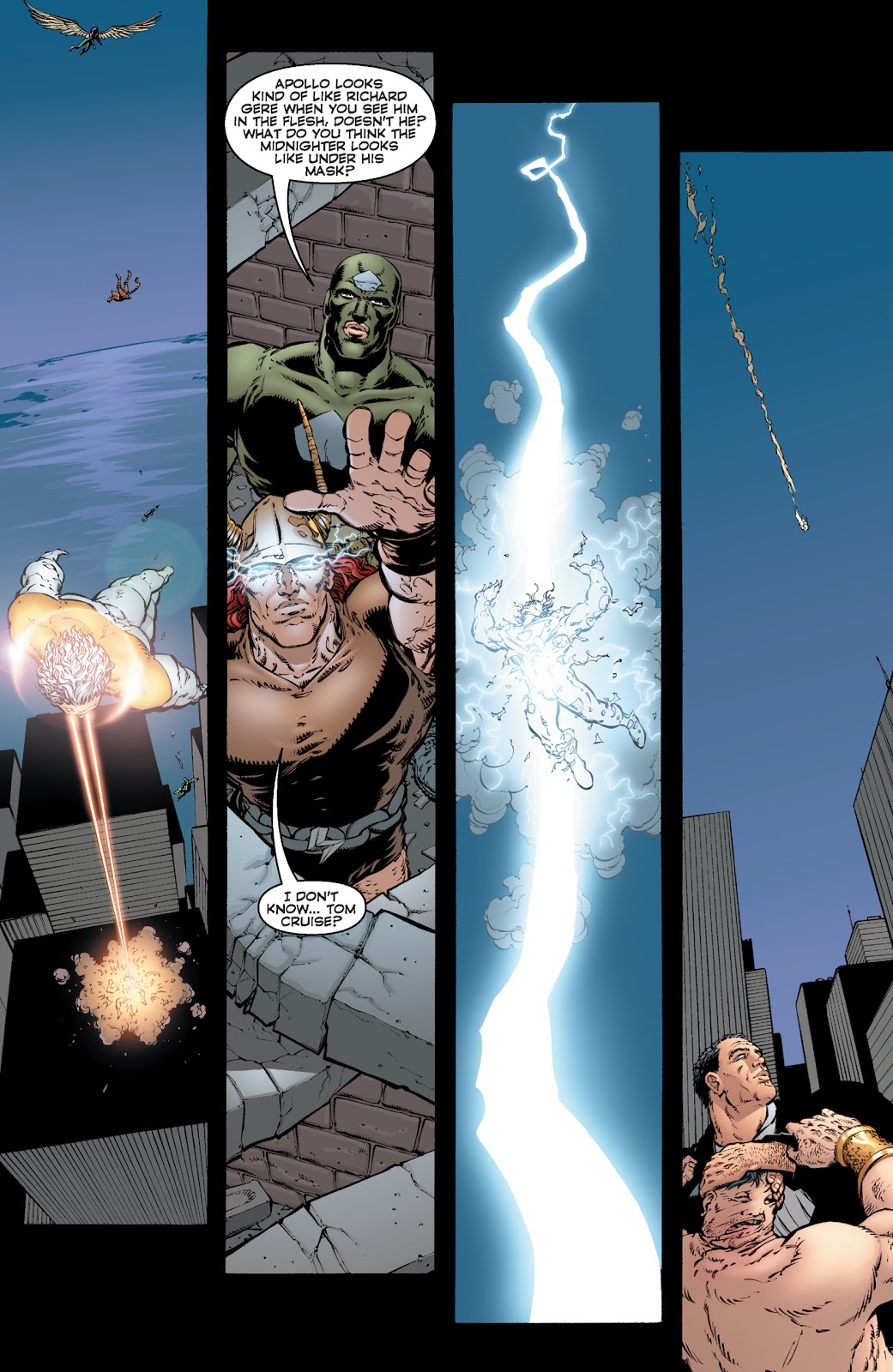 THE BIRTH OF JENNY QUANTUM, SPIRIT OF THE 21ST CENTURY

In ‘The Authority’ (2000) #14, the birth of Jenny Quantum, the spirit of the 21st century, attracts a conflict with the government-backed Super Powered Beings (S.P.B) team called the Americans. The threat of a government abuse of civil rights is all the more urgent faced with the draconian measures of The Authority. The Doctor, who is a member of The Authority warns them it would not be a good idea to kill Jenny Quantum.

CHECK OUT THE STORY: DOCTOR DOOM SETS THE TRAP AND STEALS THE SILVER SURFER’S POWER COSMIC.

THE COMMANDER BEATS DOWN AND RAPES APOLLO

Jenny Quantum’s attack leaves both of Titan’s legs blown up. The rest of The Authority shows up in order to take on The Americans. Apollo flies into Titan’s head and blows it up. The Authority in their violence and neglect for property, reveal the menace of the Ubermensch, the superman who acts without a moral code. During the battle, Storm-God zaps Apollo with an “ionized particle strike.”

The “ionized particle strike” ate up Apollo’s solar charge and Apollo is weakened. The Commander beats down on Apollo and proceeds to brutally rape him off panel. Jack tells The Doctor to enter Dreamtime with Jenny with another member of The Americans in pursuit. The Americans are called back to base. The Doctor comes back and tells The Authority that Jenny has been taken.

MIDNIGHTER AVENGES APOLLO WITH A JACKHAMMER

In ‘The Authority’ (2000) #16, the superhuman arms race between the United States and the Soviets reminiscent of the Cold War, led to the creation of hangars, filled with superhumans. Swift arrives at The Hangar and with the help of Jenny Quantum, manages to infiltrate.

She asks Dr. Kirgstein, the creator of The Americans to join The Authority. He accepts. S.P.B teams are simultaneously attacking every major city on Earth and The Authority must defend them. They split up.

In ‘The Authority’ #14,The Authority clashes with the government-backed Super Powered Beings The Americans over Jenny Quantum, the spirit of the 21st century.

6 thoughts on “Image Day: In The Battle For Jenny Quantum, The Commander Beats Down And Rapes Apollo”