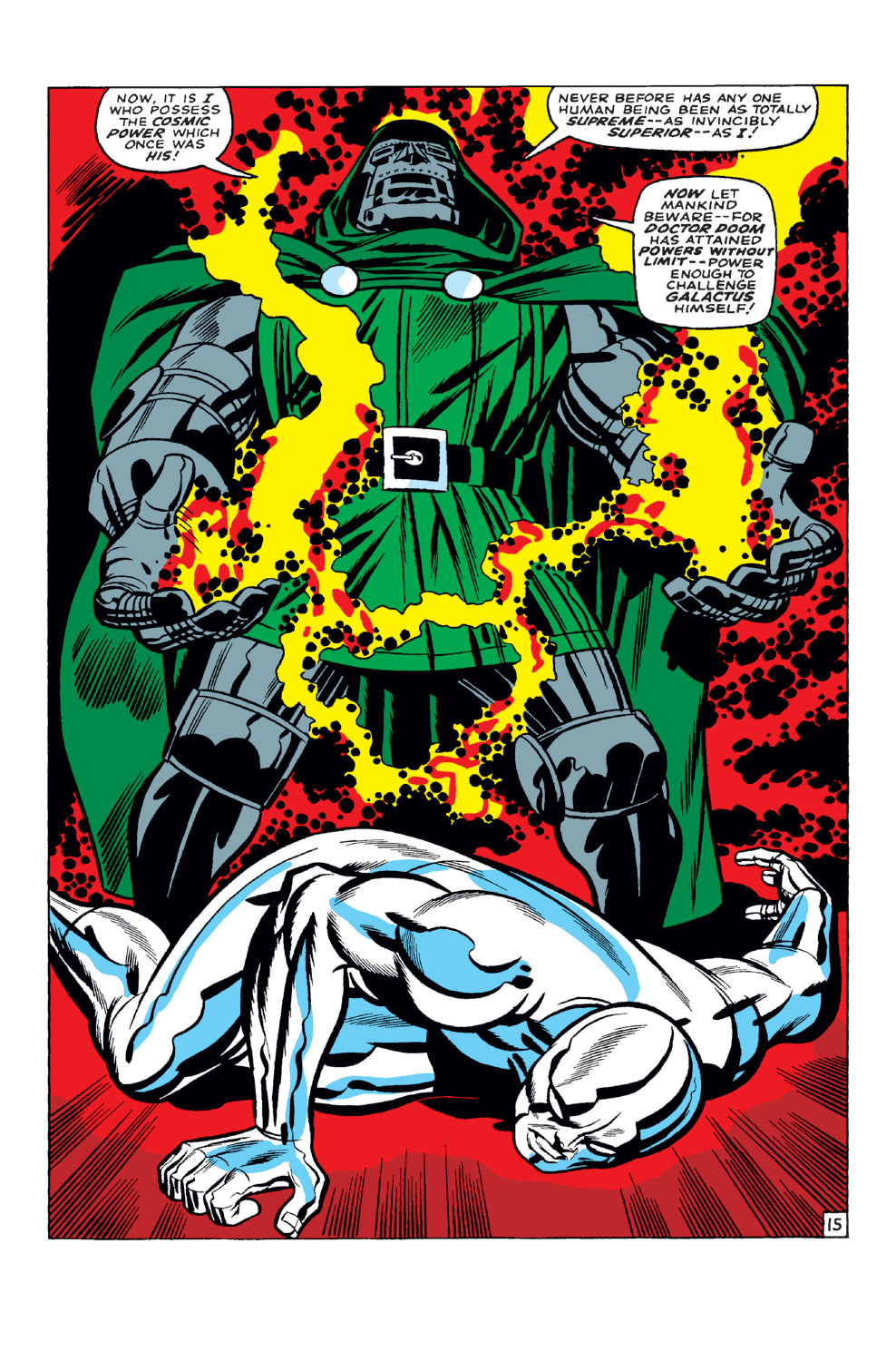 In ‘Fantastic Four’ (1968) #57, Doctor Doom monarch of Latveria sets his plan into motion to steal the Power Cosmic and invites Silver Surfer to his royal castle. Silver Surfer arrives at Doctor Doom’s castle.

CHECK OUT THE STORY: BATMAN BUILDS BROTHER EYE TO SPY ON THE METAHUMANS OF EARTH.

In a crackling single page panel, the cosmic energy crackles and Doctor Doom in his new-found supremacy vows to challenge even Galactus, the Devourer of Worlds. He sets on the Silver Surfer’s surf board with the Power Cosmic to conquer the world.

In ‘Silver Surfer (1990) #35’, Thanos shows to Silver Surfer the consequences of overpopulation on planets across the galaxy.

How do fans feel about Doctor Doom stealing the Silver Surfer’s Power Cosmic? Sound off in the comments!