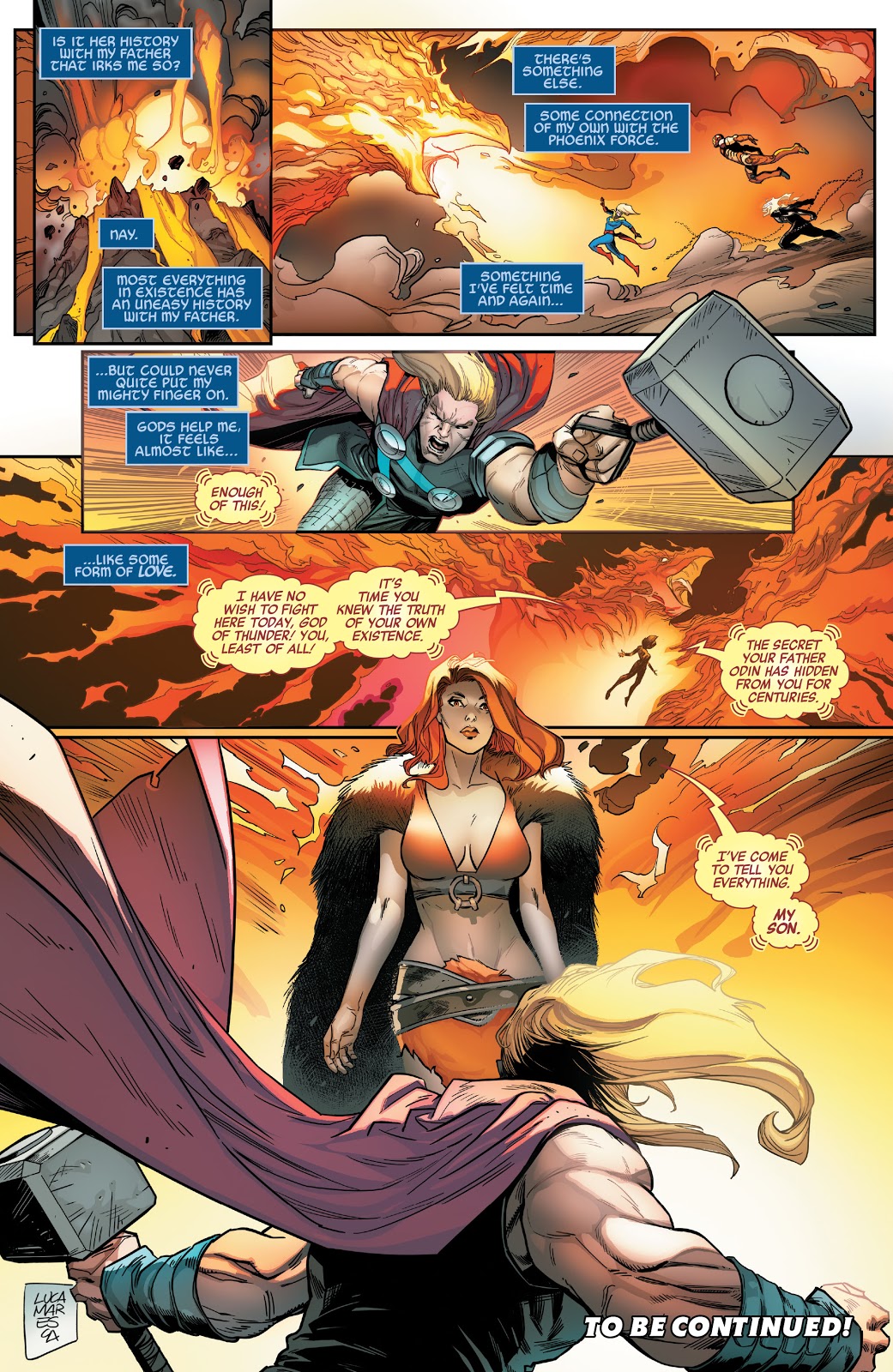 THE PHOENIX SHOWS SUPERHEROES’ AND SUPERVILLAINS’ FIGHTS ARE GLADIATORIAL COMBAT

In ‘Avengers’ (2021) #40, Phoenix seeking a host causes gladiatorial combat among superheroes on Earth. The Avengers have located Phoenix rising out of the arctic ice on a volcanic island. Apparently, Phoenix was called to Earth by Namor who seeks to marry her. In fact, the Phoenix has summoned heroes and villains in order to fight each other to claim her as host. “Enter the Phoenix” shows superheroes’ fights are reminiscient of ancient gladiatorial combat.

BLACK PANTHER HAS TO DECIDE TO END THE PHOENIX’S CONTEST

In ‘Avengers’ (2021) #41, the Phoenix continues its gladiatorial combats by selecting combatants from the White Hot Room. We have the following matches: Black Panther vs Man-Thing. Luke Cage vs American Eagle. Shanna The She-Devil vs Moon Girl. Valkyrie (Jane Foster) vs Orb. Hyperion vs Shang-Chi. Red Widow vs Howard The Duck. Black Panther vs Nighthawk. Maya Lopez vs Namor.

In the White Hot Room, the Phoenix speaks to Black Panther in aparte. She tells him to end the contest. Phoenix tells him she knew the old Panther king who fought with glowing rocks but who could end gods. Black Panther promises to end the contest no matter the cost. Phoenix says she wants T’Challa and that she will burn Wakanda’s name across the stars if he agress. Otherwise, she will burn it to ashes. Black Panther refuses and asks Phoenix to become benevolent. Otherwise, he will show Phoenix how he deals with a blizzard.

IN A NEW ORIGIN STORY WITH PHOENIX, THOR BECOMES THE SON OF A MONSTER

Thor does not believe the lie and tells her Gaia is her mother. He throws his hammer at the Phoenix Force which phases through her. Then, Phoenix Force explains that the lie was necessary for Thor to protect the Earth. She tells the Thunder God is a child of Fire and Thunder. The Avengers are worried about Thor but Iron Man tells Okoye to delay the Wakandan Helicarriers. The Phoenix Force tells Thor, Gaia kept her trapped inside Earth for thousands of years. However, when the final host came, she was free. And now, she remembers Thor. Thor battles Phoenix Force but she soon gains the upper hand. Elsewhere, Captain America is about to face Black Panther in gladiatorial combat.

5 thoughts on “Marvel Day: In “Enter The Phoenix”, The Thunder God Attempts To End Gladiatorial Combat But Becomes The Son Of A Monster With A Devastating Origin Story”