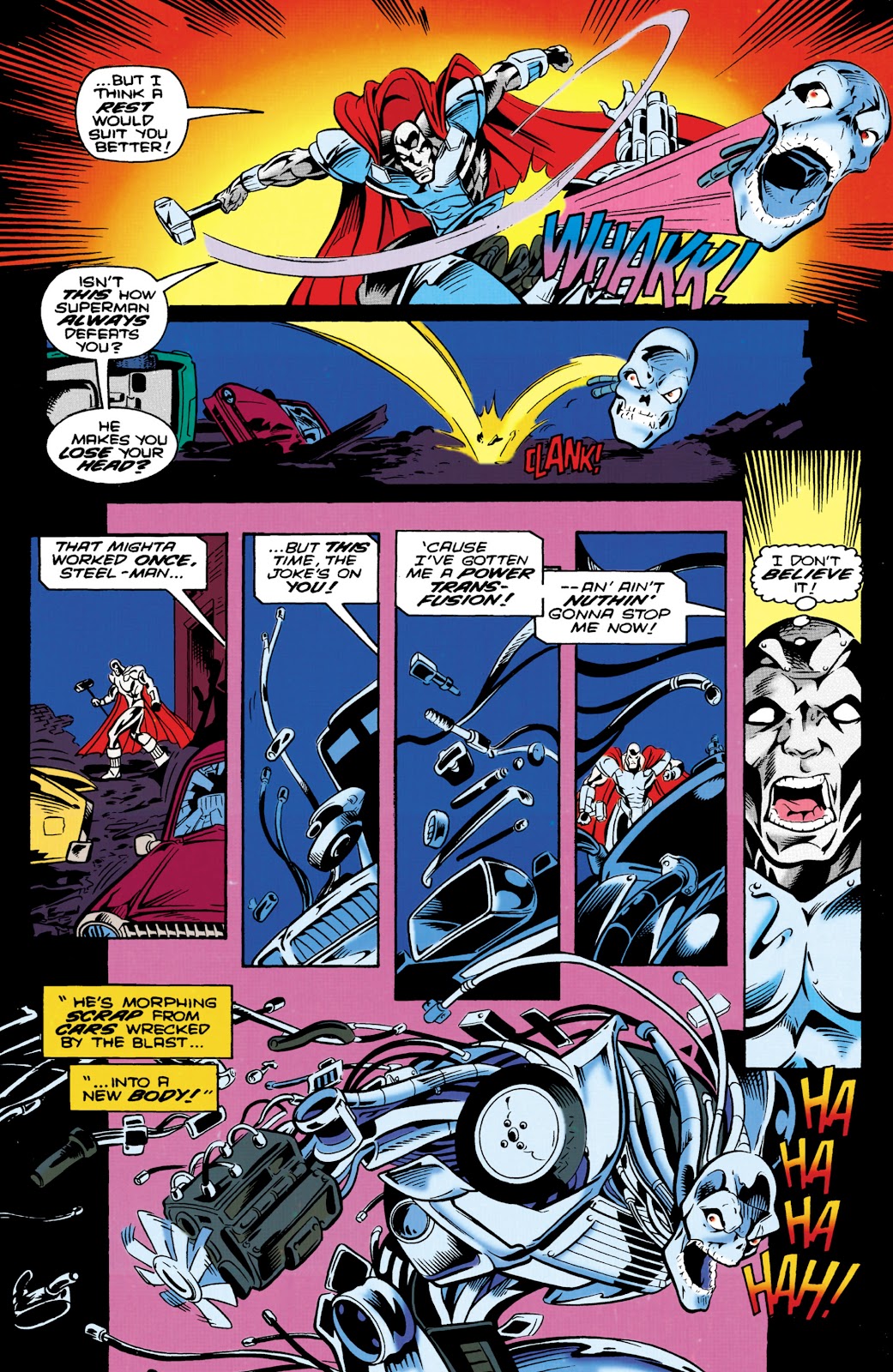 In ‘Steel’ (1995) #21, titled “Stalker,” Steel performs a super strength feat. In Washington D.C., still must stop a terrorist attack masterminded by Metallo. During the battle, Steel knocks off Metallo’s head with his hammer.

Head over to Evolution of Steel in Cartoons, Movies & TV in 6 Minutes (2019) by ComicBook Debate.

Steel is in Washington D.C. and must stop a terrorist attack masterminded by Metallo. Metallo has a new body and Steel uses a strategy used by Superman in his battles against Metallo: He knocks off Metallo’s head. Refer to the calculations in the Show/Hide Toggle.

Typically, Metallo is made of an indestructible steel alloy. We will use Metallo’s feat in ‘Adventures of Superman’ (1992) #491, in order to calculate Metallo’s durability. Here, Metallo’s indestructible metal alloy upgraded by Cerberus actually reflects Superman’s heat vision.

It takes more than 13343370.8561 Joules of energy in order to destroy Metallo’s upgraded steel alloy. This is merely a rough estimate and it is very possible that it would take millions of degrees Celsius, a temperature matching the sun’s core, in order to melt Metallo’s upgraded steel alloy. Our strategy is to use the Conservation of Energy to calculate the kinetic energy used by Steel’s kinetic hammer to knock off Metallo’s head from the thermal energy or work done on the system.

Steel’s kinetic hammer generated 13343370.8561 Joules of kinetic energy knocking off Metallo’s head in an elastic collision. Using an energy ratio, we rated Metallo’s Super-Strength to be 8086354.7288 ​Tons, which is the City Level of Super-Strength.