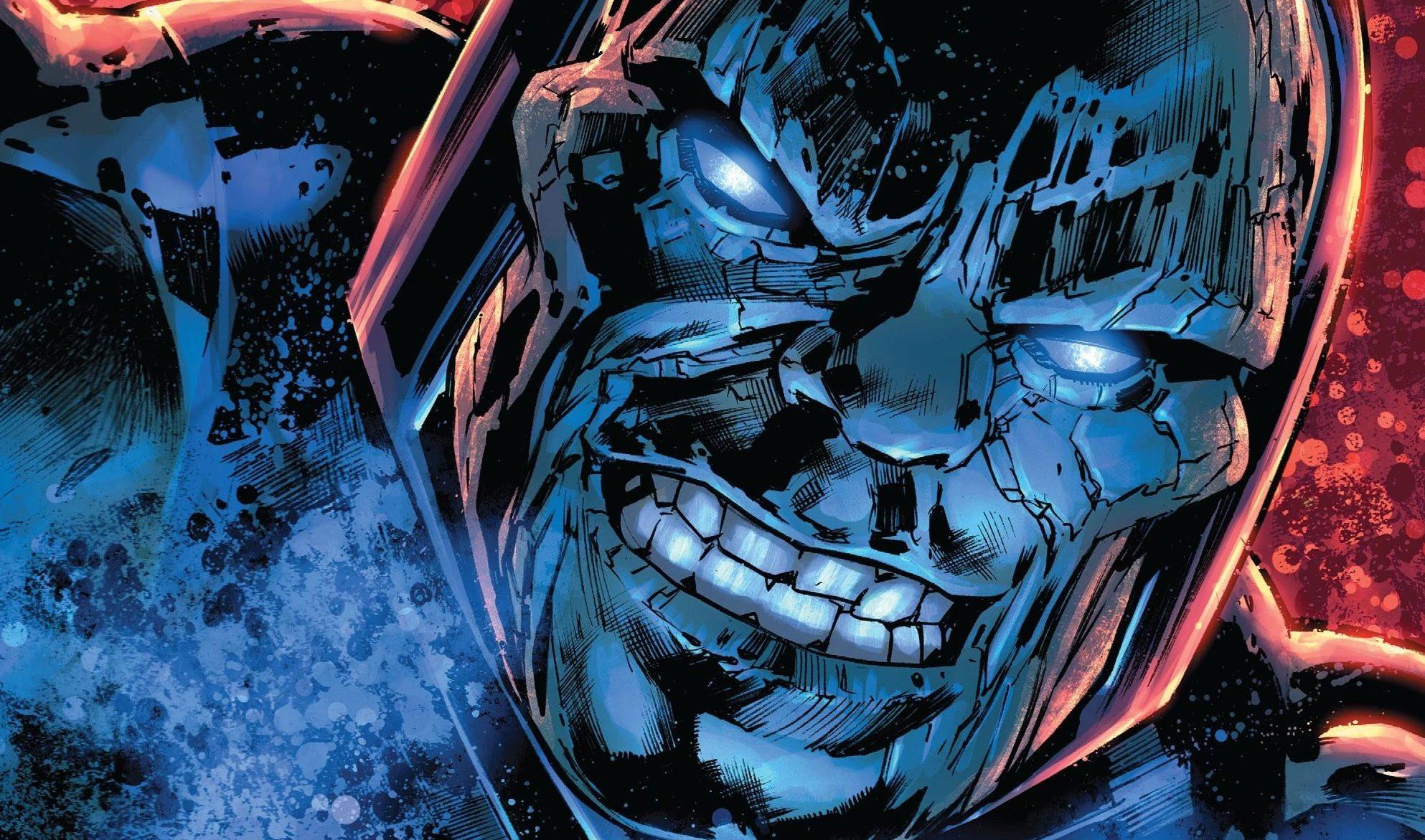 In Infinite Frontier, the Justice League Incarnate, a multiversal super-team, assembles to fight a resurrected Darkseid and rescue the Flash from Earth-Omega. However, Darkseid plans to use the speedster and Omega Lantern Roy Harper to crack open the DC multiverse for The Great Darkness to enter. When President Superman of Earth-23 foils Darkseid’s plan, Flash is freed from the turbine but disappears in a crack to Multiverse-2.

Let’s list five reasons why Pariah, the “voice” of The Great Darkness imprisons the hero on Earth-Flash.1 and why the darkness fears Flash.

In Crisis On Infinite Earths (1985) #8, the Anti-Monitor captures Flash on Qward. There, Psycho Pirate uses his emotion-controlling powers to control him. Backwards in time, Batman has a vision of Flash reaching out to him to warn him of Anti-Monitor. Importantly, we find out later that Flash’s role in the crisis changes the tide decisively.

In Crisis On Infinite Earths (1985) #8, Flash frees himself from the Anti-Monitor’s prison. Quickly, he finds out that the antimatter cannon is destroying the positive matter universe. In a feat of heroism, Barry Allen runs counter to the cannon, eventually reaching the speed of light. Really, an infinite amount of power. With the antimatter cannon destroyed, the five remaining Earths are saved.

8. PRISON: BARRY WAS IMPRISONED IN THE SPEED FORCE

In The Flash: Rebirth (2009) #3, Flash has been contaminated by the negative Speed Force. Now, his allies have put him in a containment chamber and plan to disconnect him from the Speed Force. When Barry busts out, he runs faster than he ever has. In order to save everyone, Barry reaches the Speed Barrier and enters the Speed Force. There, Flash is imprisoned and investigates the culprit: Eobard Thawne!

7. FEAR: BARRY IS IMMUNE TO THE ANTI-LIFE EQUATION

6. PRISON: BARRY IS IMPRISONED ON EARTH-OMEGA

In Infinite Frontier, True Form Darkseid resurrects in the new DCmultiverse. On Earth-Omega, he kills the Quintessence and reveals his intention to conquer the multiverse. When Barry Allen finds out Darkseid’s return, the Evil being imprisons him on Earth-Omega. Importantly, Crisis On Infinite Earths and Final Crisis demonstrate Flash’s importance to taking on cosmic-level threats.

In The Flash: Rebirth (2009-2010), it was revealed that Barry Allen created the Speed Force. Over the years, multiple explanations have been offered for Flash’s incredible powers and speed. Certainly, the Speed Force is an extra-dimension in the DC multiverse, where all speedsters from the Flash family derive their speed and time manipulation powers. In fact, Flash possesses an infinite amount of power due to his connection to the speed force.

4. PRISON: BARRY IS IMPRISONED ON EARTH-FLASH.1

In Infinite Frontier #6, Pariah who is the “voice” of The Great Darkness, imprisons Barry on a paradise dimension called Earth-Flash.1. In the long list of the Flash’s prisons, this may be the worst. Indeed, Flash is imprisoned in a pocket dimension where he is happy “no matter what.” When the Justice League Incarnate finds him, Flash runs away.

3. FEAR: BARRY CAN ALTER THE TIMELINE

In our feat, we showed that Flash may be the most powerful superhero. Perhaps, when The Great Darkness put its plan in motion to destroy superheroes, it first neutralized Flash. In fact, the most important reason is because Flash can travel so fast that he can alter the timeline and create a parallel universe!

Since the Infinite Frontier soft revamp, all continuity at DC Comics has been restored. More importantly, all the characters remember the past crises and all stories matter. From Justice League: The Darkseid War in the New-52, the Anti-Monitor once merged Flash with the Black Racer, the New God embodiment of Death. Becoming the God of Death, Flash killed the New God Darkseid, who was conquering the DC multiverse.

Perhaps, the greatest reason why The Great Darkness fears Flash is because he is a multiversal anomaly. Indeed, the DC multiverse first appeared when Barry Allen discovered it in “The Flash Of Two Worlds.” In the Silver Age story, Flash accidentally travels to Earth-2 where he finds out that the Golden Age Flash, Jay Garrick, is real and not the fictional comic book hero from his Earth-1.

1 thought on “DC Day List: 5 Reasons Why The Great Darkness Imprisoned Barry Allen On Earth-Flash And 5 Reasons Why It Fears Him”