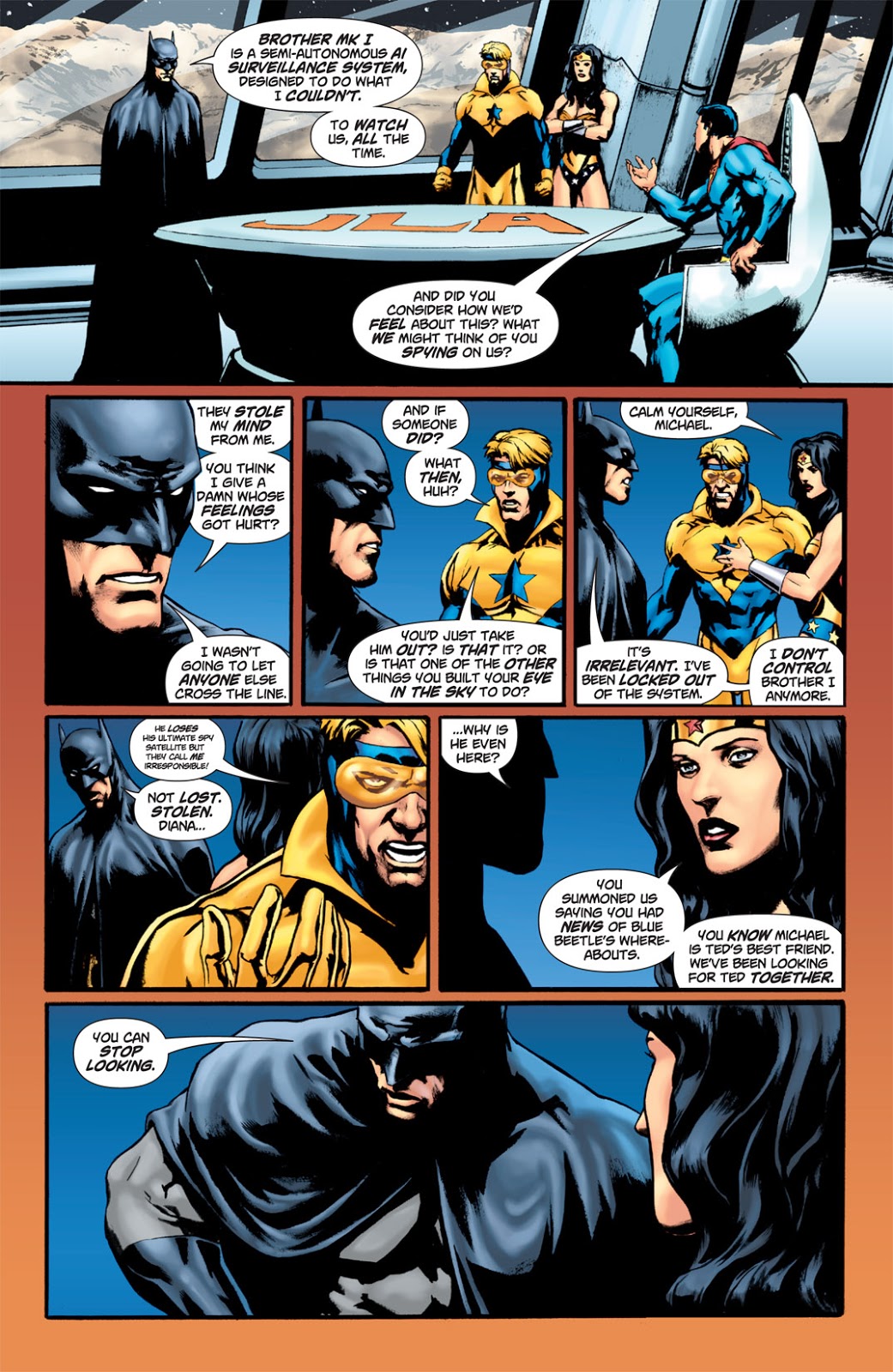 The events that led to the creation of Brother MK I can be traced back to the ’52’ series. Years ago, the Elongated Man’s wife Sue Dibny was brutally raped by Doctor Light aboard the JLA satellite. Then, things went awry.

Zatanna and the Justice League Of America wiped Doctor Light of the memory of the crime, altering his personality to be slow-witted. Batman found out and intervened but his mind was wiped out as well by Zatanna’s spell.

During the events of the ‘Identity Crisis’, Sue Dibny was found dead by fire. Investigations into the case helped Batman recover his memory.

These events would set into motion the events surrounding the creation of Brother MK I. Batman growing distrustful of the Justice League Of America created Brother MK I.

CHECK OUT THE STORY: SUPERMAN VS BLACK ADAM.

Batman created Brother Eye in order to monitor all the metahuman population on Earth. Unfortunately, during the events of ‘Infinite Crisis’, Brother Eye was hacked by Maxwell Lord who used it in an effort to wipe out metahumans.

These events led to the ‘OMAC Project.’ Maxwell Lord mind-controlled Superman leading to a clash with Wonder Woman. Upon Wonder Woman killing Maxwell Lord to free Superman, the OMACs activated to kill all metahumans.

How do fans feel about Batman creating Brother Eye? Sound off in the comments.

10 thoughts on “DC Day: Batman Builds Brother Eye To Spy On The Metahumans Of Earth”