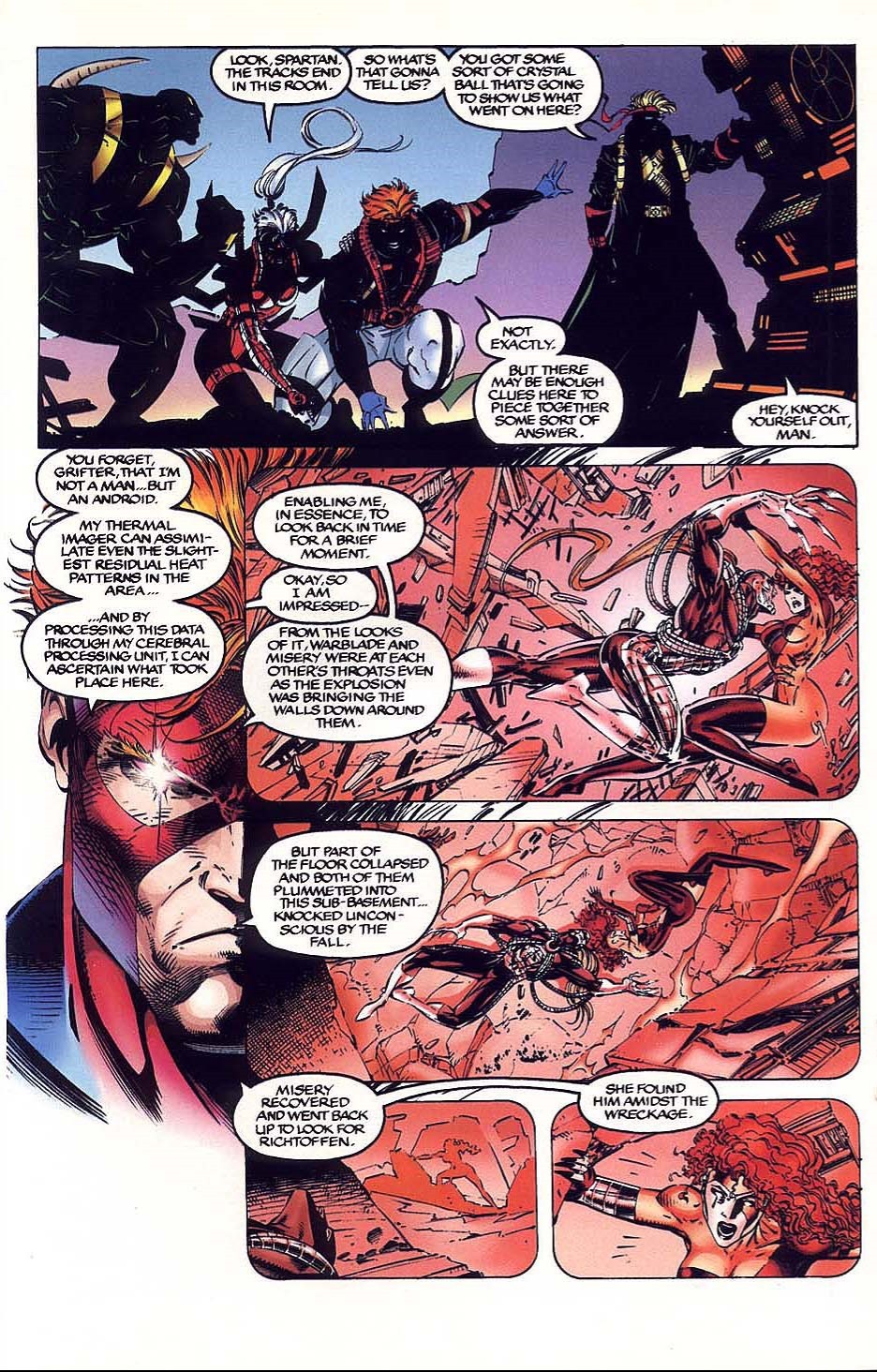 In ‘WildC.A.T.s’ (1992) #1, we are introduced to Spartan and the WildC.A.T.s which stands for Wild Covert Action Teams. The team consists of Spartan its leader, Ladytron, Zealot, Warblade, Voodoo, Maul, Grifter, Backlash and Nemesis. The team was put together in order to combat the threat of the Daemonites.

In galactic history, there was a colossal conflict between two races, the monstrous Daemonites and the humanoid Kherubim. Two ships, one piloted by each of these races, crashed on Earth after a dogfight between the two, and the aliens attempted to integrate with the natives. In recent times, the Kheran Lord Emp formed a Covert Action Team to fight against Daemonite activities on Earth.

Early on, the WildC.A.T.s’ enemies were the Daemonite Lords Helspont and Hightower. They also have allies such as the Kherubim hero Mr. Majestic, Savant and Huntsman.

Spartan was born Yohn Kol, a Kherubim and a member of the Pantheon class on Khera. Yohn was trained as a warrior from the time of his birth. He was well respected as a war lord and the Spartan Guards were created in his honor.

Yohn’s ship crash landed on Earth during the war between the Kherubim and the Daemonites. To blend in, Yohn adopted the name John Colt and served the U.S. army as a super soldier. His superior Kherubim physiology did not grant him the super powers of Mr. Majestic, being mainly an above average human. Becoming a super soldier, Spartan eventually joined Team One.

During a missile attack by the Daemonite Helspont, John sacrificed himself by ordering Mr Majestic to use his laser vision on him and the Daemonites surrounding him. John apparently died in the effort.

John survived, however, thanks to the efforts of Emp. Emp copied Spartan’s personality and memories and downloaded it into Spartan’s bio-android body. In the 1990s, Emp would start the team known as the WildC.A.T.s with Spartan as its leader.

Bio-Android Body: As a bio-synthetic humanoid, Spartan has been upgraded several times. Spartan is made from highly advanced Kherubim technology and is possibly one of the most sophisticated machines in the universe.

Spartan’s bio-android body grants him the ability to interface with technology. He is able to wirelessly connect to computer systems and alter them.

Technopathy: Spartan could wirelessly connect with any computer system and bend it to his will. He could even link up to telephone lines and answer phone calls or radio transmissions via WiFi in his networking. After the world’s end event, Spartan’s interfacing ability was largely diminished now he could only make machine contact with telephone and radio transmissions and could only control the few remaining Spartan guards which survived Armageddon.