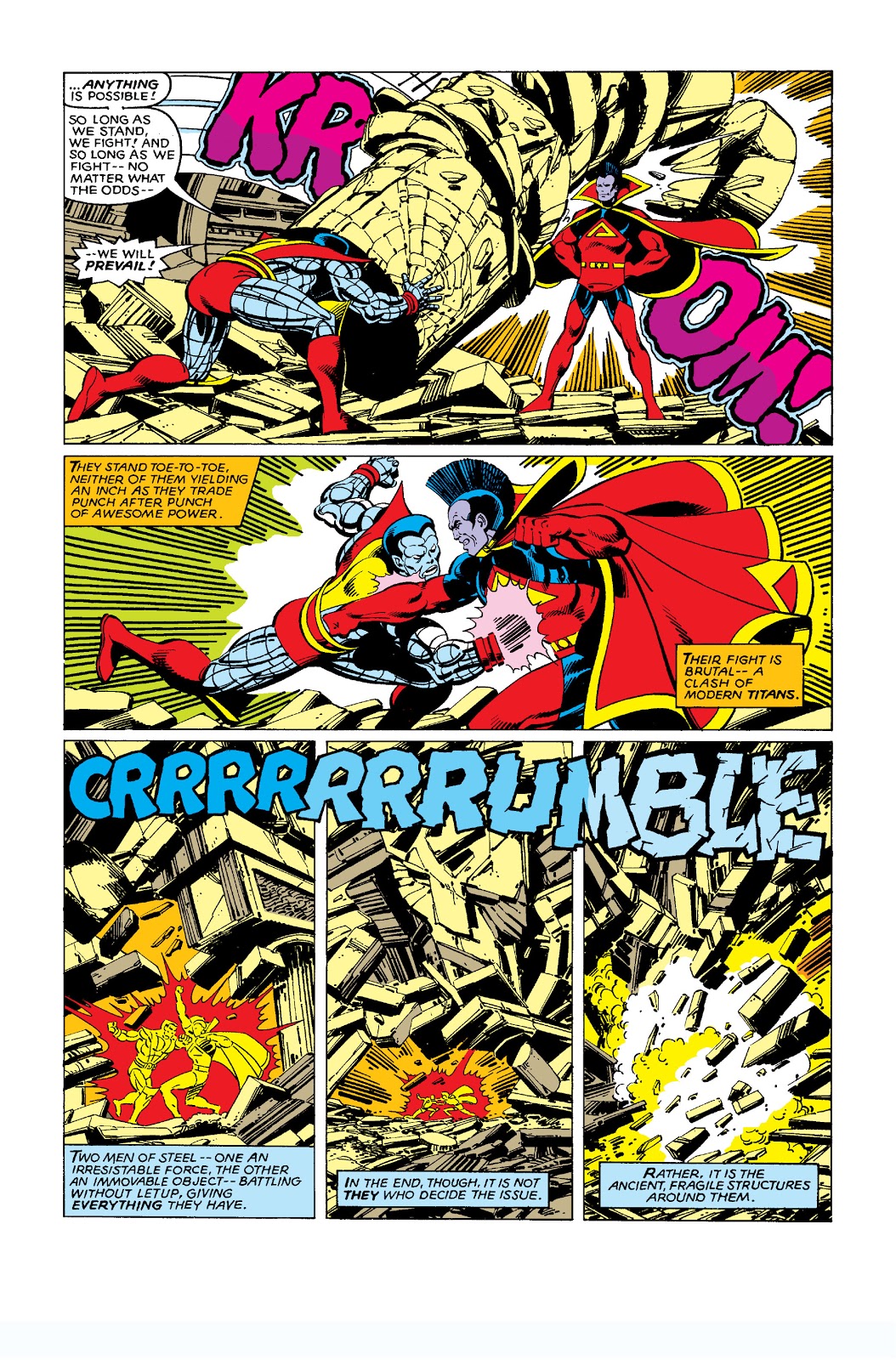 SYNOPSIS FOR “THE FATE OF THE PHOENIX!”

Empress Lilandra has teleported the X-Men aboard the Shi’ar starship. Deeming the Phoenix too dangerous, she judges the Phoenix must die. Professor Xavier demands to judge the matter by combat with the Shi’ar Imperial Guard. During the battle, Colossus faces unlike he has ever seen!

Enter the two contestants on the Blue Area of the moon. On the left side is Colossus and on the right side is Gladiator.

CHECK OUT THE ACTION: SUPERMAN VS BLACK ADAM.

In a combat to save the Phoenix, Colossus must battle a foe unlike he has ever faced before.

The battle to decide who is the champion!

A FAN OF THE X-MEN AND MARVEL COMICS? SUBSCRIBE TO OUR NEWSLETTER TO RECEIVE THE LATEST POSTS ON YOUR FAVORITE DC HEROES.

‘Giant-Size X-Men’ (1975) #1, titled “Deadly Genesis” marks the first appearance of Colossus in Marvel continuity. The issue tells the origin story of Colossus and of how he was recruiter by Professor X. In Siberia, Piotr Rasputin is tending the crops when the tractor malfunctions and heads towards his sister Illyana. Changing into his metallic form, Colossus collides into the tractor and saves Illyana. Then, Professor Xavier recruits him to his school.

The comic was written by Len Wein and penciled by David Cockrum.

NEXT BATTLE OF THE WEEK: CAPTAIN AMERICA VS IRON MAN. FEBRUARY 19TH.

6 thoughts on “Battles Of The Week: Colossus vs Gladiator (Hero vs Villain)”