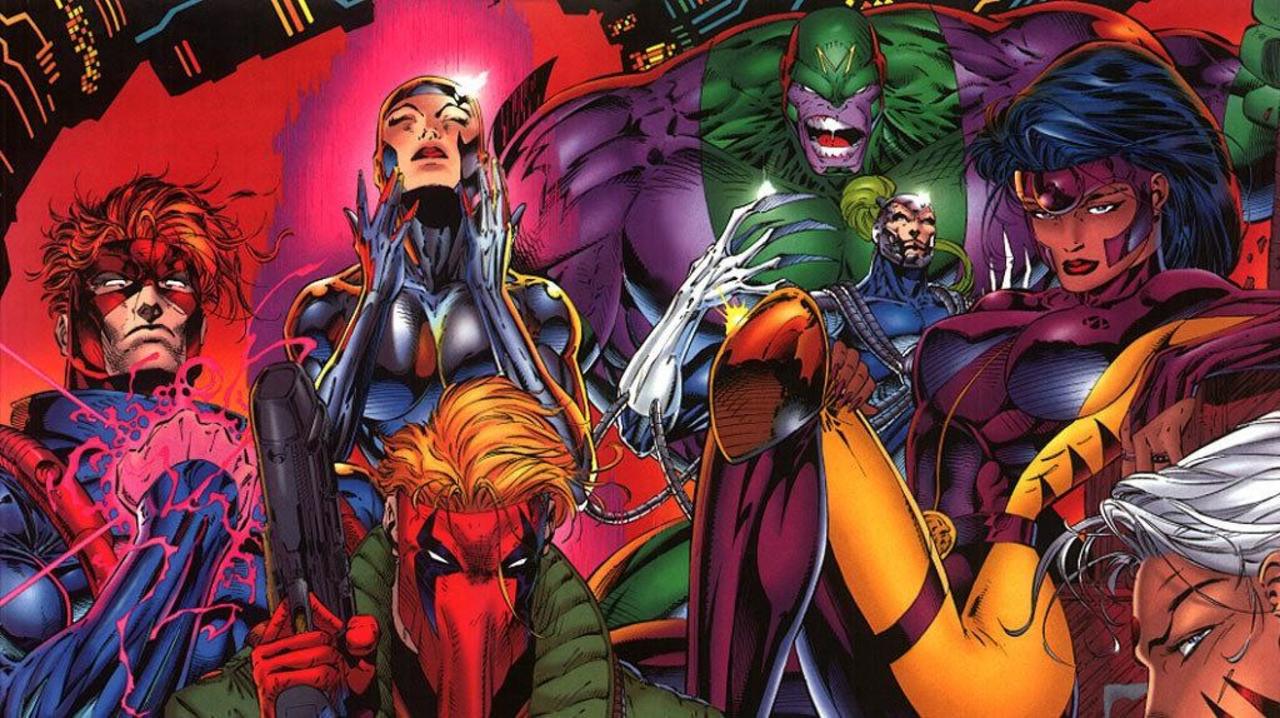 In 1997, Jim Lee published a ground-breaking comic called ‘Divine Right: The Adventures Of Max Faraday’ (1997). Let’s read the summary on the twelve-issue comic:

This is where we meet Max Faraday; 20-year-old computer science major, lovable loser, at home, with older friend Devan Lawless; bored, Dev logged into Icore using his old professor’s access codes. Something starts downloading: a binary code string. Max views it all (barring one file, which he forwarded to his cyber-girlfriend, Susanna Chaste), when the computer blows up as a result of channelling the Equation.

Seemingly fine, Max and Dev head out, only to be pursued by strange creatures, bringing about the first manifestations of his power, and the first meeting with The Fallen, his protectors and mentors. The Fallen are Brande, Tobrukand Exotica; a trio of super-powered beings who have a fraction of Max’s power which bonds them to him.

Hunted for this power he now wields, he is helped notably by The Fallen, Christy Blaze, John Lynch (Gen¹³‘s mentor) and Caitlin Fairchild, the peer leader of Gen¹³.

The ensuing journey sees Max embrace his Divine Right, as he takes control of the situation, and ultimately the universe, only to face off against the WildC.A.T.S., Gen¹³, The Fallen, and even Susanna herself, as he truly tests the limits of what God can do, and how much humanity can be retained.

Max Faraday has realized his Godly power and attempts to make the world a better place. However, he is out of control and his powers are destroying the world.

Max Faraday faced the next crisis called Armageddon. Faced with nuclear annihilation, Max raptured billions of people before relocating the survivors to a preserved St. Louis. Max was discouraged at superheroes and felt the crisis was a negative consequence of their actions. Max and his family then secluded themselves on a tropical island in the South Pacific.

When the terrorist organization known as Tao located Max and his family, Max’s wife Susanna was abducted by Pit Bull. He was forced to reveal the Creation Equation to Tao and ended up losing his powers. Protected and saved by the WildC.A.T.s., Max regained his confidence in superheroes and regained his divine powers. Max then relocated to the Hollow Realm with the survivors and Void.