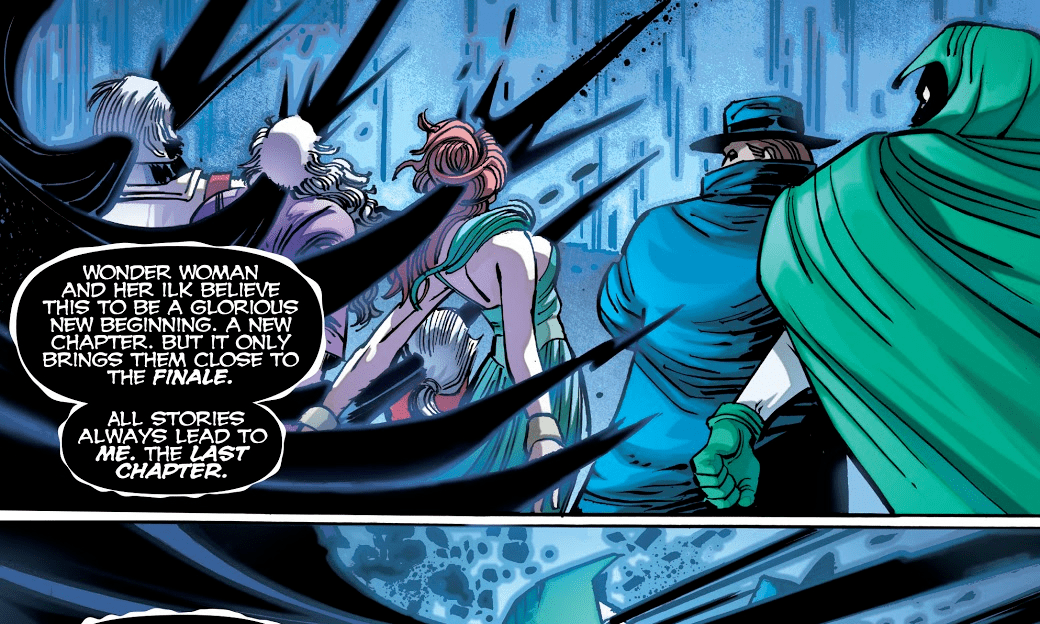 We will use the energy of Doctor Manhattan to estimate the Quintessence’s power.

THE QUINTESSENCE AND DOCTOR MANHATTAN

In Dark Nights: Death Metal (2020) #1, Wonder Woman meets Wally West in Themyscira which has been turned into a prison hell. Wally is powered by Doctor Manhattan’s Positive energy and explains the Justice League’s battle against Perpetua: Perpetua created the Prime multiverse using Crisis energy and the Positive energy from Doctor Manhattan granted to the Justice League by the Quintessence was not sufficient. Ultimately, Perpetua won the battle.

Since the Quintessence is able to manipulate the Positive energy at the multiversal level, its Energy Projection is at least Multiversal Level.

In Watchmen (1986), Doctor Manhattan claims to be able to see his past, present and future timeline. Doctor Manhattan’s main super power is to be present to all points in time in the DC multiverse.

Doctor Manhattan has the power of nigh-omnipresence since he is present to the past, the present and the future. This indicates Doctor Manhattan is likely present 20 billion years ago in the Prime Earth multiverse created by Perpetua. To calculate his nigh-omnipresence is simply to estimate the total energy of Perpetua’s Prime Earth multiverse. Since it extends to the Sixth Dimension, that energy is infinite.

True form Darkseid freed himself and killed the Quintessence in a surprise attack.

Click on the Amazon product image to buy the Kindle & Comixology comic.