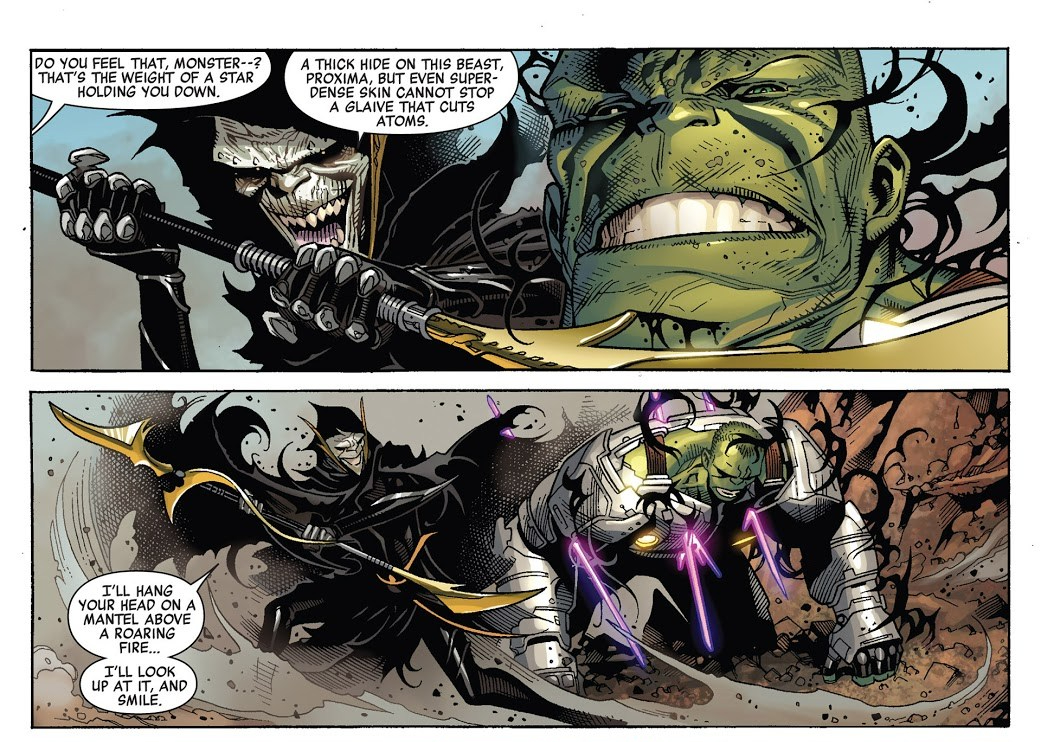 In ‘Infinity’ (2014) #6, titled ‘Amber’, Hulk performs a super strength feat. During the ‘Infinity’ saga, Thanos has invaded Earth in search of his Inhuman son, Thane. Hulk and the Avengers battle Thanos and his army at the Inhuman city of Orollan. During the battle, Proxima Midnight hits Hulk with the weight of a star until he reverts to Bruce Banner.

How much super strength does it take for Hulk to hold the weight of a star until he reverts to Bruce Banner?

HULK HELD DOWN THE WEIGHT OF A STAR CREATED BY PROXIMA MIDNIGHT’S SPEAR.

HULK GENERATED THE EQUIVALENT OF 10^41 JOULES OF WEIGHT, THE GRAVITATIONAL BINDING ENERGY OF A STAR, ENOUGH TO DESTROY A PLANET.

Head over to ‘Hulk’s Strongest Moments’ by Variant Comics.

MORE POWER LEVELS? BECOME A MEMBER TO VIEW YOUR MUSEUM OF HEROES